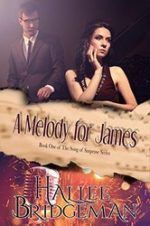 A Melody for James
by Hallee Bridgeman
LIMITED TIME FREE

Solitary strangers meet during a stormy stopover. Hours later, their hearts hum a harmonious duet. Melody Mason has the hottest female voice in the country music scene. But the cheers of throngs of adoring fans mean little in the absence of the handsome stranger who rescued her years before. Widower James Montgomery has never forgotten her. He prays God can bring her back. 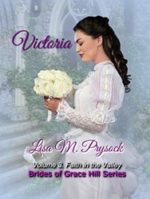 New release from Lisa Prysock. A stand-alone novel. Reminiscent of the Old Testament Biblical story of Joseph, what lies ahead for the descendants of the Rosemonts, and particularly Victoria Morgan?

Victoria has grown up on the Kentucky meadows and fields of Grace Hill and Sarah Rose Hall, surviving the Great War with her family, unscathed. She’s beautiful, vivacious, and swarmed by one beau after another. None of them have held her heart captive like Lieutenant Langford does for her sister, Rose. When Langford appears to be drawn to Victoria, there’s sure to be trouble.Ridge and Geneva, alarmed by the tension in the household amongst their daughters and hoping their youngest will find the strength of her faith, decide a Grand Tour is in store for Victoria. Will their idea happen in time to mend broken hearts?

Check out:
(Brides of Grace Hill) 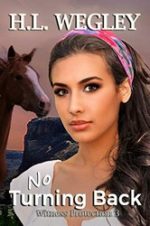 No Turning Back
by H. L. Wegley
KINDLE BARGAIN

When a young man much like her dead father offers her protection, will trusting him bring another massacre, one that takes her life too?

Elizabeth (Beth) Sanchez, daughter of the man who formed a militia and drove out the Del Rio Cartel, was the lone survivor after drug lord, Hector Suarez, retaliated, massacring the people in her town. Seven years later, Beth has an MBA, American citizenship, and is ready to chase her dreams. While on a Big Bend hiking excursion, Beth encounters Suarez who is bent on killing the one remaining symbol of resistance to his power, Beth Sanchez. 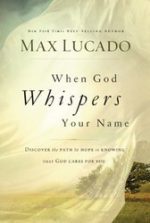 When God Whispers Your Name
by Max Lucado
KINDLE BARGAIN

Are you ready to hope again? Are you ready to let go of doubt and sorrow? Just listen carefully. God is whispering your name. Somewhere, between the pages of this book and the pages of your heart, God is speaking. And He is calling you by name. Maybe that’s hard to believe. Maybe you just can’t imagine that the One who made it all thinks of you that personally — that He keeps your name on His heart and lips.

Journey back to Grandma’s childhood on a Michigan farm in the 1800s for heartwarming stories that inspire faith and godly character.

Arleta Richardson’s beloved series, Grandma’s Attic, returns with Treasures from Grandma’s Attic, the fourth in the refreshed classic collection for girls 8 to 12. This compilation of tales recounts humorous and poignant memories from Grandma Mabel’s childhood on a Michigan farm in the late 1800s. Combining the warmth and spirit of Little House on the Prairie with a Christian focus, this book transports readers back to a simpler time to learn lessons surprisingly relevant in today’s world. 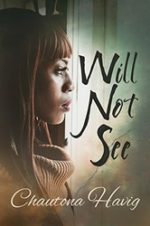 Will Not See
by Chautona Havig
LIMITED TIME FREE

When Vikki Jeffries wakes up in a Rockland hotel with no idea of who she is and why she can’t remember… well, anything, the Rockland medical community begins to take a closer look at what may have happened to cause a second case of inexplicable amnesia.

But for Vikki, this is more than a medical anomaly–it’s her life. What is she doing in Rockland, thousands of miles away from her home in Apache Junction, Arizona? Who is she? Why is no one looking for her? Or are they? 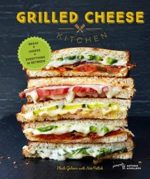 Bread + Cheese + Everything in Between. Melted cheese between slices of toasted bread—the ultimate in comfort food. This mouthwatering cookbook features 39 grilled cheese recipes created by Heidi Gibson, winner of seven grilled cheese championships and the co-owner (with husband Nate) of the American Grilled Cheese Kitchen in San Francisco. 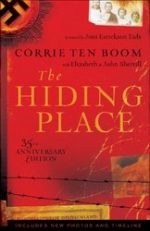 “Every experience God gives us . . . is the perfect preparation for the future only He can see.” – Corrie ten Boom 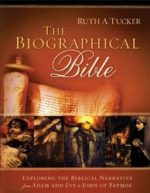 The Biographical Bible
by Ruth A. Tucker
KINDLE BARGAIN

The Biographical Bible offers an engaging overview of Scripture through the lens of the fascinating figures who populate its pages. Through insightful reflections on the lives of over eighty individuals, this unique book captures the essence of these colorful characters, warts and all. They are people who have much in common with twenty-first century people of faith. Here the reader will find a lively and insightful narrative that brings the Bible to life as no other book does.