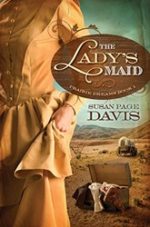 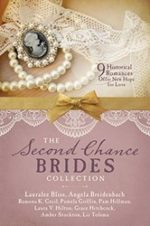 Hope for Happy Endings Is Renewed in Nine Historical Romances. Meet nine women from history spanning from 1776 to 1944 feel the sting of having lost out on love. Can their hope for experiencing romance again be renewed?

“Excellent collection of stories! Grace Hitchcock’s was my favorite.” by Amazon Customer 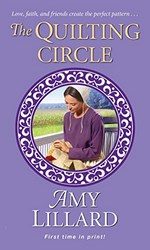 United by faith, and bonded by their quilting circle, the Amish women of Wells Landing, Oklahoma, are there for one another through all life’s joys and challenges…

MORE THAN FRIENDSHIP Youngest quilter Clara Rose Yutzy is planning her wedding to her longtime beau—which is why she resolutely ignores newly warm feelings for her best friend, Obidiah. But Obie is certain God intends them to be together. With the Lord’s help, he’ll prove to Clara Rose how much he loves her…

MORE THAN A PROMISE Mariana Miller prayed for a child throughout fifteen years of marriage. 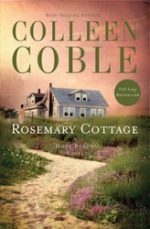 Amy came to Rosemary Cottage to grieve, to heal, maybe even find love. But there’s a deadly undertow of secrets around Hope Island… The charming Rosemary Cottage on the beach offers Amy Lange respite she needs to mourn her brother, Ben. She’s even thinking of moving her midwife practice to the Outer Banks community. It’s always been a refuge for her and her family. She also wants to investigate Ben’s disappearance at sea. Everyone blames a surfing accident, but Amy has reason to wonder.

Check out:
(The Hope Beach Series) 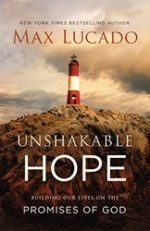 Maybe you feel hurt by the past. Disappointed by the present. Worried about the future. If so, you are not alone, but there is hope. You can live with security and purpose.

In Unshakable Hope, Max Lucado unpacks 12 of the Bible’s most significant promises, equipping you to overcome difficult circumstances by keeping your focus on the hope found in the promises of Scripture rather than dwelling on the problems in front of you.For every problem in life, God has given you a promise. 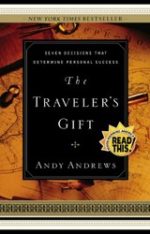 What makes the difference between failure and success?

Join David Ponder on his incredible journey to discover the Seven Decisions for Success that can turn any life around, no matter how hopeless a situation may seem. A New York Times, Wall Street Journal, USA Today, and Publisher’s Weekly bestseller, The Traveler’s Gift is the continuation of David Ponder’s story in The Traveler’s Summit. 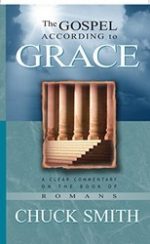 The Gospel According to Grace
by Chuck Smith
LIMITED TIME FREE

Paul teaches us that the grace of God is a free gift, bringing salvation to the lost. In Romans 3:23-24, Paul writes, “For all have sinned and come short of the glory of God; being justified freely by His grace through redemption that is in Jesus Christ.”

God’s grace is fully demonstrated in the work of Jesus Christ; His suffering, death, resurrection and ascension. Only this grace can save a man from the wrath of God. 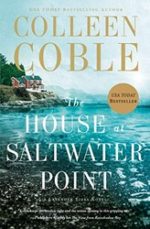 The House at Saltwater Point
by Colleen Coble
KINDLE BARGAIN

The dangerous beauty of Lavender Tides is harboring secrets that reach around the world.

Ellie Blackmore is making a name for herself as a house flipper. But when her sister Mackenzie disappears, Ellie can’t focus on anything but uncovering what happened. Her only clue is the bloodstain on the deck of Mackenzie’s boat. Ellie knows her sister isn’t on the best of terms with her ex-husband, Jason, but he wouldn’t kill her – would he?

Check out:
(A Lavender Tides) 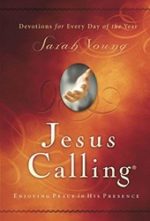 After many years of writing her own words in her prayer journal, missionary Sarah Young decided to be more attentive to the Savior’s voice and begin listening for what He was saying. So with pen in hand, she embarked on a journey that forever changed her – and many others around the world.

In these powerful pages are the words and Scriptures Jesus lovingly laid on her heart. Words of reassurance, comfort, and hope. Words that have made her increasingly aware of His presence and allowed her to enjoy His peace. 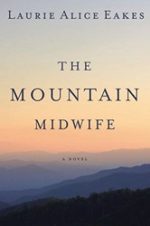 For nearly two hundred years, women in Ashley Tolliver’s family have practiced midwifery in their mountain community. She dreams of advancing her skill set, but attending medical school would mean leaving the women to whom she has dedicated her life, the mountains she loves, and the awakening of her heart.

Ashley Tolliver has tended the women of her small Appalachian community for years. As their midwife, she thinks she has seen it all. Until a young woman gives birth at Ashley’s home and is abducted when Ashley tries to take the dangerously bleeding mother to the nearest hospital. Now Ashley is on a mission to find the woman and her newborn baby before it’s too late. 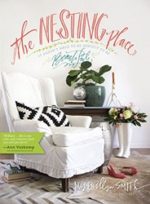 Perfection is overrated. Popular blogger and self-taught decorator Myquillyn Smith (The Nester) is all about embracing reality – especially when it comes to decorating a home bursting with boys, pets, and all the unpredictable messes of life. In The Nesting Place, Myquillyn shares the secrets of decorating for real people – and it has nothing to do with creating a flawless look to wow your guests.