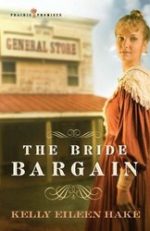 When Clara Fields and her aunt are kicked off their wagon train, a store owner in Buttonwood offers a chance at redemption. Desperate, she agrees to find a bride for the man’s son – a stalwart bachelor. Will Clara’s faith and wits help her wrangle a resolution to The Bride Bargain? 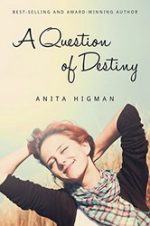 A Question of Destiny
by Anita Higman
KINDLE BARGAIN

Lucy O’Brien is about to be given ten million dollars and a chance to live a life she never imagined. Will this new found wealth be Lucy’s undoing, or can she rise above the temptations within high society and choose to become a nobler version of herself?

And will the solitary Andrew Whitfield – a man who watches over Lucy as she adapts to her new lifestyle – cause her to close the door on her dreams or be the key that opens the rest of Lucy’s destiny? 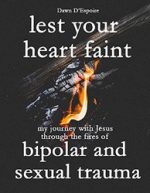 Lest Your Heart Faint
by Dawn D’Espoire
KINDLE BARGAIN

I have scrambled and scraped to follow my Jesus. Let me guide you and your loved ones with my story of hope and healing.

This book will help you master the maze of mental illness and the intense and unwanted sexual impulses that are clinically associated with bipolar.

Lest Your Heart Faint tells the tale of my sudden descent into the torture of bipolar disorder with its accompanying: suicidal thoughts, agitation, depression, anxiety, mania, and psychiatric hospital stories

How I continually and successful fought  seduction and temptation through the power of God
How I demand my right as a believer in Christ to deny myself sexual acts in order to follow the loving guidance of a Holy God. I refuse to live an unchaste life and I take up my cross and follow Him through the pain. It will all be worth it. He is worth it. My Jesus, my God. 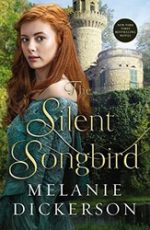 Evangeline is gifted with a heavenly voice, but she is trapped in a sinister betrothal until she embarks on a daring escape and meets brave Westley le Wyse. Can he help her discover the freedom to sing again?

Desperate to flee a political marriage to her cousin King Richard II’s closest advisor, Lord Shiveley – a man twice her age with shadowy motives – Evangeline runs away and joins a small band of servants journeying back to Glynval, their home village. 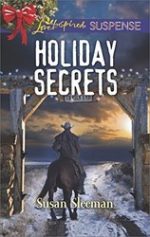 When his ex is thrust into the crosshairs of a deadly syndicate, FBI agent Gavin McKade will do whatever it takes to protect her. Even work the case with his stubborn sheriff dad. Gavin’s holiday homecoming isn’t exactly warm and fuzzy, but he must set aside the past to make sure Lexie Grant survives. As if protecting Lexie from professional killers isn’t difficult enough, the unlikely reunion has rekindled their complicated romantic connection… 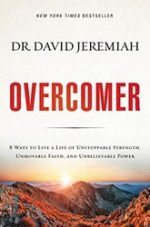 We live in a time of deep uncertainty. And yet, the Bible promises we were created to enjoy lives of freedom, even in times when the world around us seems filled with darkness. We were created to be overcomers, conquering the greatest obstacles in our lives.

In his new book, Overcomer, beloved teacher David Jeremiah offers his insights on one of the most quoted but least understood passages of the Bible: the apostle Paul’s admonition to the Ephesians to take up the whole armor of God (Ephesians 6:10-18). 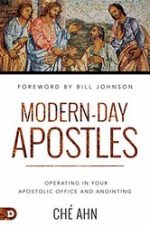 Even though there were 12 apostles in Scripture, there is still an apostolic office and function that all Christians need to know about.  In fact, many believers are functioning apostolically – and yet, they are not fully stepping into this unclaimed seat in the spirit realm.

When the people of God access the apostolic anointing, the Earth will witness a greater manifestation of Jesus’ fullness and power!

The Inn at Ocean’s Edge
by Colleen Coble
KINDLE BARGAIN

In 1989, Claire Dellamare disappeared from her own fourth birthday party at the Hotel Tourmaline on the island of Folly Shoals, Maine. She showed up a year later at the same hotel, with a note pinned to her dress but no explanation. Nobody knows where Claire spent that year—and until now, Claire didn’t even know she had ever been missing.

But when Claire returns to the Hotel Tourmaline for a business meeting with her CEO father, disturbing memories begin to surface . . . despite her parents’ best efforts to keep them forgotten.

Check out:
(A Sunset Cove Series) 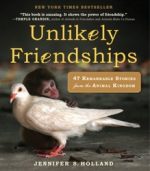 It is exactly like Isaiah 11:6: “The wolf also shall dwell with the lamb, and the leopard shall lie down with the kid . . . ” Written by National Geographic magazine writer Jennifer Holland, Unlikely Friendships documents one heartwarming tale after another of animals who, with nothing else in common, bond in the most unexpected ways. 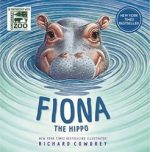 Fiona the Hippo, by New York Times bestselling artist Richard Cowdrey of Bad Dog, Marley fame, tells the story of Fiona, the adorable internet sensation from the Cincinnati Zoo who captured hearts around the world with her inspiring story and plucky personality.