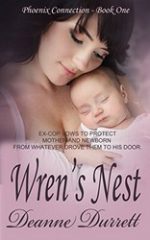 During a late-night thunderstorm, Joe Chandler open his cottage door to a young man hovering over his sister. They’re drenched and shivering, and she’s in labor. Joe, a retired cop, assists the birth. As the newborn gasps his first breath, Joe vows to protect the child and his mother from whatever drove them to his door.

Joe soon learns that Sherman promised to protect his sister while her husband is deployed. Now, they’re on the run after a surrogate mother disappeared and an unscrupulous lawyer altered his files to name Loren (Wren) as the surrogate. 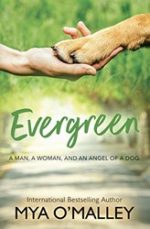 Meet June, short for Juniper, the anonymously rich girl next door who finds herself fulfilling her passion of caring for homeless animals by volunteering her time at the local animal shelter.

Unlucky in love, June sets her sights on finding the one, the perfect canine companion, that is, meant just for her.

Things get complicated though, as Graham, the interesting man who delivers the enormous Great Dane to the doorstep of the shelter, not only threatens to come between June and the dog, but messes with her mind and heart as well.

Maxine, the Great Dane, remains a mystery, appearing out of thin air, as if destined to try to bring Graham and June together. The question is, will their relationship survive or are the obstacles set before them too much to overcome? 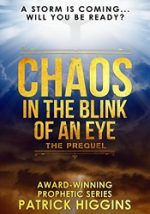 It was the weekend before Thanksgiving. More than 100,000 fans were jammed inside Michigan Stadium, on their feet, to witness a heated football rivalry that had spanned more than 100 years. As the football was kicked into the snow-filled sky, they were about to get the shock of their lives, as long-foretold Bible prophecy came to pass before their very eyes, causing many to vanish into thin air without a trace.

But what they soon realized was that it reached far beyond Michigan Stadium. Chaos of unimaginable proportions ensued worldwide. Shock, fear and panic filled each heart and mind. It was just the beginning of things to come, as life as humanity had known it was forever changed in the blink of an eye… The sixth installment is now available…. 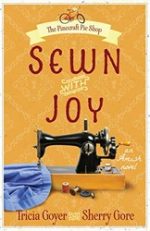 Sometimes Dreams Come Together. One Piece at a Time

Joy Miller wanted nothing more than to be a wife and mother – especially now that her relationship with Matthew Slagel, the bishop’s son, was deepening. But when a television crew rolls into Pinecraft, Florida, to film a new show about the Amish, tension threatens to rip apart their relationship…and the entire Amish community.

Joy is initially hired to sew costumes for the show, but she soon finds herself becoming increasingly involved in the production – a fact that upsets Matthew and his father. 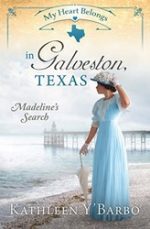 Journey now to Galveston, Texas, of 1880… Where is Mrs. Smith’s granddaughter? Who is the mysterious Mrs. Smith?

Pinkerton agent Jonah Cahill is hired by the mysterious widow to find her lost granddaughter, rumored to be living in Galveston, Texas. Though Jonah prefers to travel alone, Mrs. Smith insists that she and her companion accompany him.

Madeline Latour, investigative reporter, has been acting as Mrs. Smith’s assistant for several months, and Madeline will not allow anyone – even a Pinkerton agent – to ruin the story of a lifetime. The pair forges an uneasy truce as the investigation grows dangerous.

Check out:
(My Heart Belong in…) 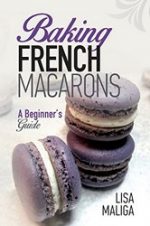 Bake beautiful and delicious French macarons in your own kitchen. This collection of tried-and-tested recipes allows bakers to create these tasty and colorful confections. The author details what equipment and ingredients you need, offers numerous helpful tips, resources, and shares more than 30 recipes for you to whip up an array of elegant French delicacies.

Full of inspiring color photos, Baking French Macarons: A Beginner’s Guide, offers everything you need to bake stunning macarons that will impress anyone who tastes them. 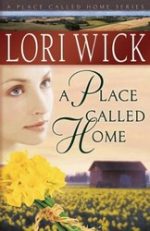 As the dim lights of the train station faded, Christine Bennett wondered if she would ever see home again. With the death of her grandfather, Christine experienced a deep loneliness she’d never felt before. The words of his will rang in her ears: “In the event of my granddaughter’s death, everything will go to Vince Jeffers.” Jeffers watched her with an evil look that made her shiver.

Now, afraid of what might happen, she was obeying a note she had received saying she was in danger and must leave town immediately. 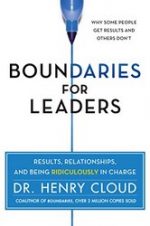 In Boundaries for Leaders, clinical psychologist and bestselling author Dr. Henry Cloud leverages his expertise of human behavior, neuroscience, and business leadership to explain how the best leaders set boundaries within their organizations – with their teams and with themselves–to improve performance and increase employee and customer satisfaction.

In a voice that is motivating and inspiring, Dr. Cloud offers practical advice on how to manage teams, coach direct reports, and instill an organization with strong values and culture. 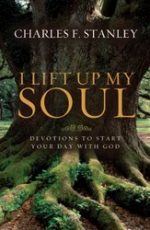 I Lift Up My Soul
by Stanley , Charles F.
KINDLE BARGAIN

Beloved pastor Charles Stanley has been teaching the Word of God for forty years?

Lovingly, reverently explaining the wonders of Christ’s Good News from the pulpit, in his internationally acclaimed radio program, and in more than thirty-five best-selling books. In I Lift Up My Soul, Dr. Stanley’s inspirational gems? Filled with personal wisdom and words of encouragement? Will lead you to your heavenly Father day after day.