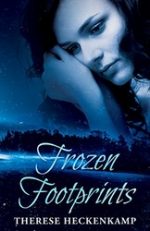 When her twin brother disappears and a ransom note shows up, eighteen-year-old Charlene’s world is shattered. Fearing the worst, she determines to find him before it’s too late. Her quest hurls her into a twisted, frigid world of snow and ice . . . and leads to terror in an isolated cabin. Together the twins struggle for survival while enduring fierce trials of mind, body, and spirit.

Devoid of all worldly comfort and consolation, will faith and hope be enough to get them through this chilling nightmare? And where is Charlene’s hero when she needs one most? 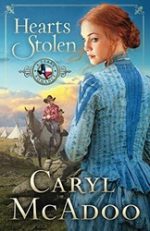 Unbeknownst to loved ones, a headstrong young wife is snatched off the prairie by two Comanche braves, carried north of the Red River, and traded to their war chief for ponies. After five years, a small detail of Texas Rangers rides into camp, and she determines that day will bring freedom or death. She’ll remain captive no more. Sassy Nightengale almost gives up hope until a company of Texas Rangers rides into Bold Eagle’s peace camp.

She learns they’ve come for the negotiated exchange of stolen white women, except her name isn’t on their list. Purposing in her heart to escape captivity with her blue eyed, four- year-old that day, she does everything she can to be noticed.

Will Sassy and Levi find the redemption they seek for their troubled souls? 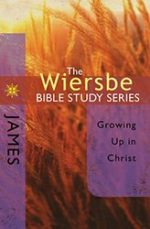 The powerful message of James’ letter to the church is as relevant today as when he originally wrote it—though it is still as challenging to hear. Many of our problems in life stem from our own spiritual immaturity. However, our spiritual life doesn’t end there; God has more planned for us. He wants us to grow up, not just grow old.

Written in a personal, easy-to-understand style, join Dr. Warren Wiersbe, trusted pastor and respected Bible teacher, as he leads you on a journey to opening your mind and heart to the riches of God in the Wiersbe Bible Study Series. 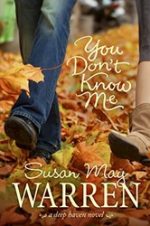 You Don’t Know Me
by Susan May Warren
KINDLE BARGAIN

To everyone who knows her, Annalise Decker is a model wife and mother. She’s a permanent member of the PTA, never misses her kids’ sporting events, and is constantly campaigning for her husband’s mayoral race.

No one knows that Annalise was once Deidre O’Reilly, a troubled young woman whose testimony put a dangerous criminal behind bars. Relocated through the Witness Security Program to the sleepy town of Deep Haven, Deidre got a new identity and a fresh start, which began when she fell in love with local real estate agent Nathan Decker. 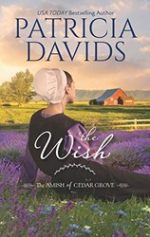 Widow Laura Beth Yoder longs for a family of her own. So much so that she’s preparing to leave the sleepy Amish town she calls home to find love. But a terrible storm washes out the creek, forcing her to wade in and save the life of an Englisch man and his adorable infant son. As they recover at the farm, the baby brings sunshine and joy, while the handsome outsider is filled with shadows…and secrets.

Joshua King owes his life and his son’s to Laura Beth. Still, lingering at her farm is out of the question. 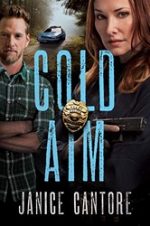 Police Chief Tess O’Rourke’s small town is still reeling from a devastating fire when the FBI asks for help: Could she shelter a witness in a high-profile human trafficking case? Initially reluctant to put the townspeople of Rogue’s Hollow at risk, Tess is swayed after she sees Pastor Oliver Macpherson’s genuine conviction to rescue those in need, a trait in him she’s coming to love more each day.

Tess’s fledgling faith is tested when crews of workmen from out of town come in to assist with the fire cleanup and she worries that one of these strangers might shine a light on things best kept hidden.

Check out:
(The Line of Duty Series) 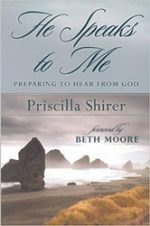 He Speaks to Me
by Priscilla Shirer, Beth Moore
KINDLE BARGAIN

“When we approach God humbly and bow down before Him, we put ourselves in a position to hear from Him.” Are you longing to hear God’s voice, but feeling disconnected?

God wants to speak directly to each of His beloved children, not to just a few “spiritual elite.” Priscilla Shirer looks at God’s call to Samuel and uncovers six characteristics essential for hearing from God… 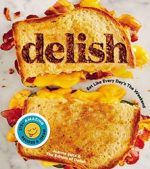 The fun-packed Delish cookbook brings the same message to the page, and features more than 275 recipes and ideas that are meant to be devoured: Grilled Cheese Dippers, Sloppy Joe Potato Skins, Chicken Parm Burgers, Lasagna Stuffed Peppers, Mint Chip Brownie Cups, Cookie Dough Cheesecake, and dozens more. This is the book their 30 million fans are waiting for.