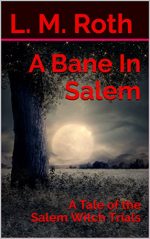 L. M. Roth, author of the Quest For the Kingdom series, The Princess Who series, and Battleground: Elijah and the War With Jezebel, weaves a spellbinding tale of the mysterious incidents that occurred in Salem more than three centuries ago.

Letitia had always been branded as different in the Village of Salem. But now in a time when being different brings danger, she finds herself at the mercy of the opinion of her neighbors. Although she is being courted by two men, can she rely on either of them to defend her from the storm that swirls around her, as the Village is caught up in a maelstrom of accusations?

What happened in Salem over three hundred years ago? Was it an outbreak of mass hysteria fueled by superstition? Were there truly witches among the pious Puritans who made their home in the New World to establish a kingdom of God on earth? Or did someone execute bitter vengeance against their oppressors and bring destruction on the innocent? 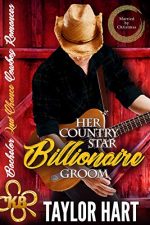 New release from Taylor Hart. The woman he left. The secret she won’t tell. Will they get a second chance?

JJ Kelly didn’t want to go home to his father’s funeral, but he’d learned a long time ago you don’t get what you want most of the time. Now he’s faced with a challenge to find true love by Christmas or lose everything.

Chantel Bonaparte loved JJ while growing up, but he’d left her to serve his country six years ago. She’d never been able to tell him the real truth. And she never would. Good thing she could run away on a bus. Bad thing JJ Kelly showed up and followed her. When things get heated, they are left with a choice: believe in second chances or lose the only love that could set them free. 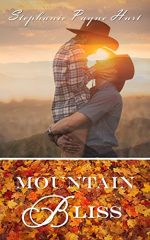 It’s been 20 years since Laura left everything behind for her career. Now in order to honor her father’s will she is forced to live on the family ranch with Mark, the man she left behind.

They must learn to work together or lose everything. As the year plays out, many obstacles block their path making them realize what they’d lost over the years.

The old feelings never left, but has too much time passed by to rekindle the old flame? 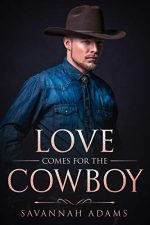 Love Comes for the Cowboy
by Savannah Adams
KINDLE BARGAIN

Brand New Release from Savannah Adams. A lonely cowboy trying to wrangle a new future. A disillusioned dancer searching for a fresh start. A blossoming love put on hold…

Although Grant Hembree’s ranch in Magnolia Grove is finally turning a good profit, his family life is a wreck. Desperate to save his troubled daughter after his wife walks out on them, he decides to hire a nanny for the summer to see if a female influence will help bring the girl out of her depression.

Carla Crespo is on a mission to set her life back on track after her uncle used her dancing talents for his own gain, then asked her to delve even deeper into his seedy business. Determined to live a better life, she leaves New Jersey to take business classes so she can open her own dance studio. But making ends meet is not easy in a new town, so she needs to find a summer job. 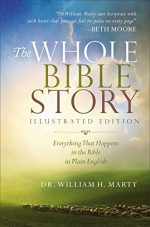 Sometimes readers just want to know what happens next. Dr. William Marty presents the entire narrative of the Bible in chronological order from creation to the New Testament Church. The action moves smoothly from story to story without slowing down for law, poetry, prophecy, or instruction.

The Whole Bible Story is perfect for new Christians looking to understand the overall flow of the Bible or seasoned believers wanting a refresher course. It can be read straight through or used as a reference tool for better understanding of specific biblical events.

We’ve all experienced that moment where we wish we could start all over again. Failed marriages, lost friends, addictions, lost jobs. This is not the life we imagined. Yesterday can sometimes leave us stuck, sad, shamed, scared, and searching.

Sheila Walsh encourages readers to face the pain head on and then start again, from right where they are. She shares that when she discovered “I’m not good enough and I’m good with that,” everything started to change. 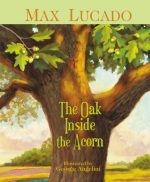 The Oak Inside the Acorn
by Max Lucado, George Angelini
KINDLE BARGAIN

It was hard for Little Acorn to believe he would ever be a big, strong oak tree. Soon Little Acorn grew into Little Oak. But now what was he to do? He couldn’t grow oranges like the orange tree or flowers like the rose bush. He just grew and grew until he became Big Oak, and his branches were big and strong-but still he didn’t know what he was to do… 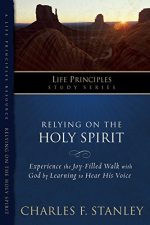 The Life Principles Study Guides are perfect companions to Dr. Stanley’s Life Principles Bible or for use on their own. They are a unique approach to Bible study, incorporating biblical truth, personal insights, emotional responses, and a call to action. Whether you use a study in a group or as an individual, it will help you get in touch with the Bible, God, and yourself.