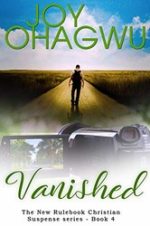 When decorated Silver Stone Police Captain Robert Towers leaves home after a bad day with his wife and doesn’t return, all eyes turn to his wife, Ruby Towers, for answers. But as his disappearance stretches from one day to the next, it raises conflicts about the state of their marriage, his love for his family, and his dedication to duty. Caught between the glare of public suspicion and her own confusion, while unable to explain Robert’s disappearance to their daughter, Ruby is left with one viable option – to pray hard – and that she does. 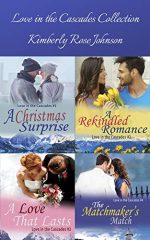 Welcome to the quaint Bavarian village that is Leavenworth, Washington. Grab your favorite drink and cozy up for an engaging read that will keep you company long after the book has ended.

A Christmas Surprise: Veterinarian Pete Harding doesn’t date single moms.
A Romance Rekindled: When an estranged couple reunites, can they rediscover what they once shared, or will unforgiveness destroy them?
A Love that Lasts: Some things just weren’t meant to be – or were they?
The Matchmaker’s Match: In a test of wits Meghan Black goes head-to-head with local veterinarian, Ben Young. When he turns the table on her in the most unexpected way, can they hang onto their tenuous friendship, or did he go far? 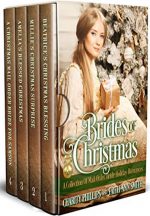 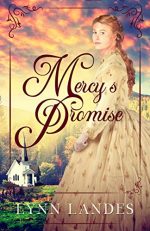 Glenn Ward needs a miracle. His wife is dying and leaving behind twin newborn sons. He returns from the war a changed man. Guilt stains his soul, and anger is growing in his heart. Anika Coltrane needs a miracle of her own. After burying her husband and newborn daughter on the same day, she is in a desperate situation. How will she care for her six year old daughter?

An answered prayer brings two families together. Anika agrees to become a wet-nurse for the family. Delaney needs a safe place to grow up, away from sorrow and fear. Will they find shelter with the Ward family? 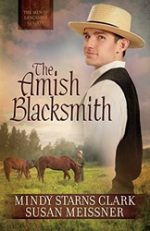 Apprenticed blacksmith Jake Miller is skeptical of Priscilla Kinsinger’s innate ability to soothe troubled horses, especially when he has own ideas on how to calm them. Six years earlier, Priscilla’s mother died in an awful accident at home, and Priscilla’s grief over losing her mother was so intense that she was sent to live with relatives in Indiana. She has just returned to Lancaster County. Not that her homecoming matters to Jake, who is interested in courting lighthearted Amanda Shetler.

Check out:
(The Men of Lancaster County Series) 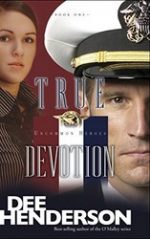 Kelly Jacobs has already paid the ultimate price of loving a warrior; she has the folded flag and the grateful thanks of a nation to prove it. Navy SEAL Joe “Bear” Baker can’t ask her to accept that risk again – even though he loves her. But the man responsible for her husband’s death is back; closer than either of them realize. Kelly is in danger, and Joe may not get there in time.

Uncommon Heroes: Welcome to a world where friendships go deep, loyalties stand strong, and uncommon heroes perform the toughest jobs in the world. 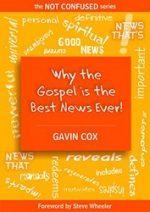 Why the Gospel is the Best News Ever!
by Gavin Cox
LIMITED TIME FREE #ad

The Gospel is the good news about who Jesus is, what He did, and why He did it. What He did was so extraordinary, and its impact so enormous, that it will effect everything for all time. This book describes the richness of the Gospel, and outlines what the Gospel does when believed, for the Gospel believed is the power of God unleashed in one’s life. 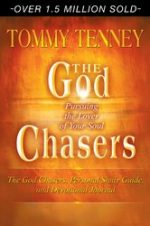 This expanded edition of the original best-seller includes a daily devotional for personal reflection and a study guide.

A God chaser is a person whose passion for God’s presence presses him to chase the impossible in hopes that the uncatchable might catch him. A child chases a loving parent until, suddenly, the strong arms of the father enfold the chaser. The pursuer becomes the captive; the pursued the captor. Paul put it this way: I chase after that I may catch that which has apprehended me (Phil. 3:12). 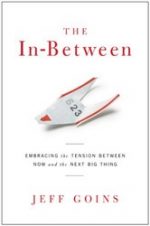 Many of us spend our lives searching and longing for something more than what is in front of us. Whether it’s traveling abroad or chasing cheap (or expensive) thrills, we’re all looking for the medicine to satisfy our restlessness. And so often we’re looking in the wrong place. The In-Between is a call to accept the importance that waiting plays in our lives. 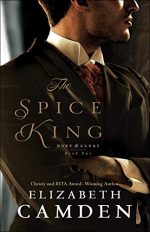 Gray Delacroix has dedicated his life to building his very successful global spice empire, but it has come at a cost. Resolved to salvage his family before it spirals out of control, he returns to his ancestral home to save his brother and sister before it’s too late.

As a junior botanist for the Smithsonian, Annabelle Larkin has been charged with the impossible task of gaining access to the notoriously private Delacroix plant collection.