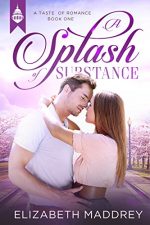 She doesn’t vote. He works for a Senator. Is hiring her a recipe for romance or disaster?

Paige Jackson has always stayed out of politics, leaving it to God to govern the world. She has enough on her plate as the owner of a floundering catering company founded on convictions to buy local, sustainable fare. But if she’s going to keep her business afloat, she needs to find some high-end clients pronto. Bidding on a contract for a Senator’s fundraiser isn’t even on her list of preferences, but the money would be nice. 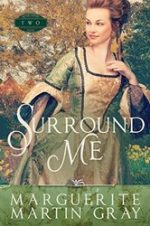 Battles rage in Elizabeth Elliot’s heart as the threat of war invades her hometown.

Charles Town, South Carolina, 1773—The dark curtain of the rumors of revolution threatens to descend as Louis Lestarjette makes a permanent break from his homeland and pursues his relations with Elizabeth. Somehow, he must find a way to manage all aspects of his life amid the political and financial difficulties this turbulent time throws at him. Never has his heart been at the center of his life decisions, challenging what he really wants, if he cannot have it all.

Elizabeth Elliott must find unwavering courage, choosing to allow God’s love to surround her with strength. 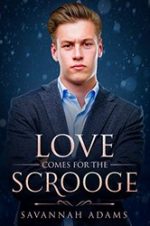 Brand New Release from Savannah Adams. A cranky accountant. A benevolent yoga teacher. Will a new love thaw his frozen heart in time for Christmas?

To most people, Andrew Bennett has it made. If he wanted, he’d never have to work a day in his life. But he works obsessively to keep his mind off his miserable childhood and that fateful Christmas Eve his girlfriend dumped him.

Mary Preston finally broke out of the corporate world and followed her dream of opening a yoga studio. She may not be able to contribute monetarily to her favorite causes, but she is happy and eager to give in other ways. 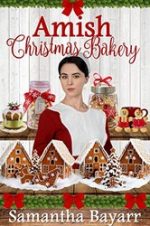 Noel Fisher can make entire villages out of gingerbread; why won’t she make a few dozen gingerbread cookies for Hunter Darcy?

One: Amish Bakery: When a widowed Englisher, Hunter Darcy, asks Noel, an Amish woman, to make a couple dozen gingerbread cookies for his daughter’s class at school, he gets more than he bargained for…

Two: The English Groom: When Hayden gets roped into watching his brother’s children for a week, he enlists the help of his sister-in-law, who’s running the local bakery…

Three: Amish Hearts: Raegan fumes when Luca Romano’s family opens an Italian Bakery and Deli right across the street from her bakery…

Four: Puppy Love: Will she risk everything just for a date with her handsome hero? 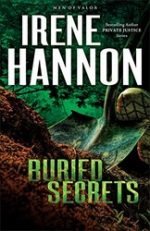 After seven years as a Chicago homicide detective, Lisa Grant has hit a wall. Ready for a kinder, gentler life, she takes a job as a small-town police chief. But the discovery of a human skeleton by a construction crew at the edge of town taxes the resources of her department. A call for assistance brings detective Mac McGregor, an ex-Navy SEAL, to her doorstep. As they work to solve the mystery behind the unmarked grave, danger begins to shadow them. Someone doesn’t want this dead person telling any tales–and will stop at nothing to make certain a life-shattering secret stays buried.

Check out:
(Men of Valor Series) 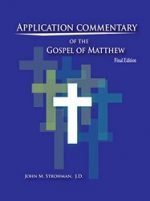 verse by verse examination of the Gospel of Matthew and should be seriously considered for application in personal/family devotions, group Bible studies and Sunday school classes. It is designed to build up and equip the Christian (new believer or lifelong) in understanding and living out God’s Word. 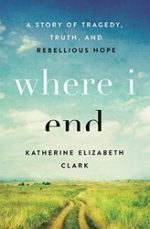 Where I End
by Katherine Elizabeth Clark
KINDLE BARGAIN #ad

“Those who are hidden in Jesus, though they suffer, will discover a more beautiful ending – or should I say beginning – than they ever could imagine.”

Katherine Clark was just an average wife and mother with two young children when she was in a tragic playground accident in late May 2009. A little boy playing on the jungle gym jumped and landed on Kate’s head, knocking her over and snapping her neck. Kate was paralyzed from the neck down. The doctors diagnosed her with quadriplegia and said she would never walk again.

This terrifying prognosis could have been the end of the story. But instead, God chose to work a profound miracle in Kate’s life and in the life of her family. 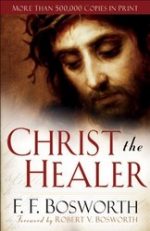 F. F. Bosworth’s earnest prayer was that many thousands would learn to apply the promises of God’s Word to their lives through his book, Christ the Healer. Bosworth offers an astonishing discussion of healing, based on the premise that Jesus redeemed us from our diseases when he atoned for our sins. This classic on healing, first released in 1924, has sold more than 500,000 copies and continues to enrich and inspire new readers every day.

This revised and expanded edition includes a brand-new foreword and epilogue on the remarkable life and healing of the author himself, written by his son. 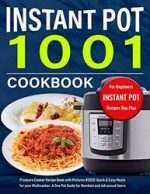 1001 Days of Instant Pot Healthy Recipes: The Ultimate Instant Pot Recipe Book. Get ready to enjoy an incredible collection of of instant pot recipes in this Instant Pot Cookbook with pictures. It is true. We all adore our Instant Pot. It really makes our lives so easy, just put all the ingredients, go the right setting… and off you go. Worry-free isn´t? What if I tell you… now you should worry EVEN LESS… How can that be true? 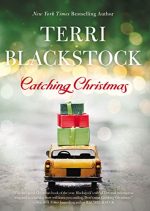 As a first-year law associate, Sydney Batson knows she will be updating her resume by New Year’s if she loses her current case. So when her grandmother gets inexplicably ill while she’s in court, Sydney arranges for a cab to get her to the clinic.

The last thing cab driver Finn Parrish wants is to be saddled with a wheelchair-bound old lady with dementia. But because Miss Callie reminds him of his own mother, whom he failed miserably in her last days, he can’t say no when she keeps calling him for rides.