Ollie is a successful businessman who spends his life making money and building better retirement homes. When the Christmas season arrives, Ollie is discouraged. Hank Cochran, Ollie’s chief competitor, wants to buy Ollie’s flagship home, the Queen Anne, but Ollie is determined not to sell to that sleezy greedy man.

Ollie learns that the Quuen Anne is in need of serious repairs but he can’t afford them. In addition, Cochran tries to sabotage the home so it won’t pass inspection. Meanwhile, Art Dink, a committed Christian who loves sharing his faith, hopes to help Ollie find that there’s more to life than business and money.

Will Ollie listen to the Lord’s leading and follow Dink’s example? Or will he follow his drive for money and success? 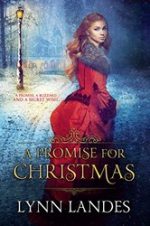 A Promise for Christmas
by Lynn Landes
KINDLE BARGAIN #ad

A Promise, A Blizzard, and a Secret Wish.

Aiylin Miller is content working for her father in his workshop and secretly composing her music, but the Lord has other plans.
Sebastian Becker is visiting his mother for Christmas with his six-year-old daughter. He promised her a magical holiday, but he has no idea that the blizzard is blowing in more than snow.

Six-year-old Tinley has a plan. With some help from her Grandmother and a magical lantern all her wishes are about to come true. 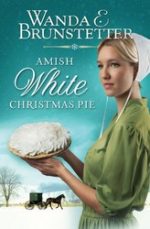 Step into Amish country for this bittersweet holiday romance. Here you’ll meet Will Henderson, a young man tortured by his past, and Karen Yoder, a young woman looking for answers.

Add a desperate father searching for his son, and you have all the ingredients for a first-class romance that will inspire and enthrall. 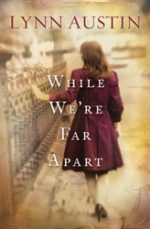 In an unassuming apartment building in Brooklyn, New York, three lives intersect as the reality of war invades each aspect of their lives. Young Esther is heartbroken when her father decides to enlist in the army shortly after the death of her mother.

Penny Goodrich has been in love with Eddie Shaffer for as long as she can remember; now that Eddie’s wife is dead, Penny feels she has been given a second chance and offers to care for his children in the hope that he will finally notice her and marry her after the war. And elderly Mr. Mendel, the landlord, waits for the war to end to hear what has happened to his son trapped in war-torn Hungary. 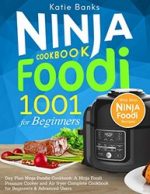 Cooking has never been easier with the new Ninja Foodi. If you ever thought that cooking delicious Ninja Foodi recipes that are healthy was difficult, I completely understand you. However, from now on thanks to the cutting-edge technology of the new favourite kitchen appliance, you will be able to cook fantastic recipes in no time. That´s why this is the only Ninja Foodie Cookbook that you will ever need. 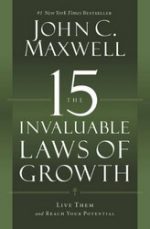 Are there tried and true principles that are always certain to help a person grow? John Maxwell says the answer is yes.

He has been passionate about personal development for over fifty years, and for the first time, he teaches everything he has gleaned about what it takes to reach our potential. In the way that only he can communicate, John teaches . . . 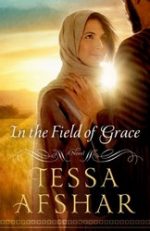 In the Field of Grace
by Tessa Afshar
KINDLE BARGAIN #ad

Destitute, grief-stricken, and unwanted by the people of God, Ruth arrives in Israel with nothing to recommend her but Naomi’s, love. Her loftiest hope is to provide enough food to save Naomi and herself from starvation. But
God has other plans for her life.

While everyone considers Ruth an outcast, she is astounded to find one of the most honored men of Judah showing her favor. Long since a widower and determined to stay that way, Boaz is irresistibly drawn to the foreign
woman with the haunted eyes. He tells himself he is only being kind to his Cousin Naomi’s chosen daughter when he goes out of his way to protect her from harm, but his heart knows better. 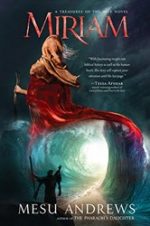 At eighty-six, Miriam had devoted her entire life to loving El Shaddai and serving His people as both midwife and messenger. Yet when her brother Moses returns to Egypt from exile, he brings a disruptive message. God has a new name – Yahweh – and has declared a radical deliverance for the Israelites.

Miriam and her beloved family face an impossible choice: cling to familiar bondage or embrace uncharted freedom at an unimaginable cost. Even if the Hebrews survive the plagues set to turn the Nile to blood and unleash a maelstrom of frogs and locusts, can they weather the resulting fury of the Pharaoh?

Check out:
(A Treasures of the Nile Series) 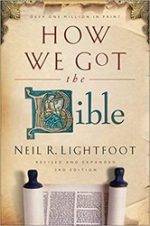 How We Got the Bible
by Neil R. Lightfoot
KINDLE BARGAIN #ad

Now, in this new edition, each chapter has been revised and chapters have been added, including two on the Septuagint and the Latin Vulgate. This thorough revision will tempt fans of the previous edition and pave the way for a new generation of readers as well. 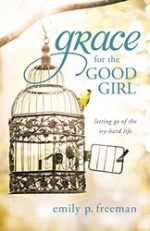 In Grace for the Good Girl, Emily Freeman invites women to let go of the try-hard life and realize that in Christ we are free to receive from him rather than constantly try to achieve for him. With an open hand and a whimsical style, Emily uncovers the truth about the hiding, encouraging women to move from hiding behind girl-made masks and do-good performances to a life hidden with Christ in God.