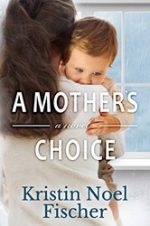 For thirty years, Nadine Kingsley has kept a heart-wrenching secret. When a letter arrives threatening to reveal the truth that could destroy her tight-knit family, Nadine embarks on a difficult journey to explain her painful decision, especially to her youngest daughter, Autumn.

Meanwhile, Autumn Anderson, Speech Pathologist and mother of two, is struggling in her marriage. The discovery of a troubling letter addressed to her mother disrupts her already complicated life, leading Autumn to question what she’s always believed. 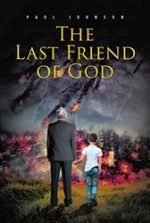 Decades after persecution and loss drove him into hiding, one old preacher has received a vision from God—in one week, his city will be destroyed. Walter Barnes abandoned his pulpit long ago and has watched as the church he loved faded into silence, giving an increasingly violent world over to its own devices.

Now judgment is coming, but like Abraham, Walter has made a wager with God. If he can change the heart of the city, then mercy will have its day. His journey will lead him from the broken streets to the steel citadels of a city that has forgotten him and his faith, forcing him to confront the choices that have haunted him for years. And the clock is ticking. 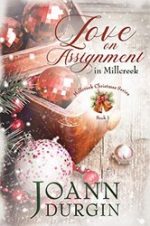 New release from JoAnn Durgin, the USA Today Bestselling Author of the Starlight Christmas Series and the Lewis Legacy Series, wrap yourself in the warmth of love and family in small-town America in this first novel of her new Millcreek Christmas Series.

Lisbeth Lawrence never expected to be catapulted into a snowbank on a bitterly cold December night. Dazed and sprawled in the snow, she looks into the soulful eyes of the boy who’d stolen her heart ten years ago—he just didn’t know it. Rugged and more handsome than ever, he’s now a mystery man who travels the globe and turns up in town from time to time. The only person who knows the truth is one of Lisbeth’s physical therapy patients – and she’s not talking.

Miles Langston is close to personal and professional burnout when he’s given a unique assignment: go home to Millcreek, Connecticut, and regroup, recharge, and reconnect… 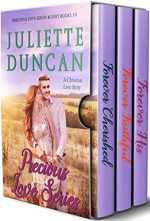 They’ve been through so much. Can they trust God now when so much is at stake?

Forever Cherished: Now Tessa’s dream of living in the country is realized, she wants to share her and Ben’s blessings with others, but when a sad, lonely woman comes to stay, she starts to think she’s bitten off more than she can chew, and has to rely on her faith at every turn…

Forever Faithful: Half a world separates them, but Jayden has never stopped loving Angie, the green-eyed, red-haired girl who captured his heart and led him to the Lord in the hills of Montana when he was only sixteen.
Years later, when Jayden’s good deed lands him in a coma he may never wake from, Angie has no choice but to go to him.

Forever His: Following their romantic beach wedding in Hawaii, Jayden and Angie embark on the honeymoon of a lifetime – the Himalayas, the Taj Mahal, the Great Wall, Angkor Wat, the Greek Islands…the list goes on. 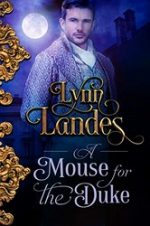 A Mouse for the Duke
by Lynn Landes
KINDLE BARGAIN #ad

Lord Declan Sheridan is content growing the family business. There’s no time for courting. He’s put all his energy, money and time into his custom furniture line. Declan is unprepared for the ultimatum given to him by his grandfather, the owner of Sheridan Furniture. Marry by Christmas or lose his inheritance!

London Taylor works as a lady’s maid by day, while secretly playing the stock market. Becoming “the mouse” was necessary to get the job. Everyone warned her that Tessa Hubbard was horrible to work for, but the job came with perks. It was supposed to be a simple thing. 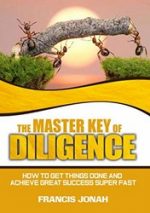 Are you tired of mediocre results and an average life?

1. The major reason people are not diligent although they know the benefits of diligence

2. Two critical areas of diligence many have never explored before but they lead to the greatest results

3. The exact timing of when to be diligent for promotion. Many miss this timing and hence their promotion

It is time to take action and live the life you have always wanted. 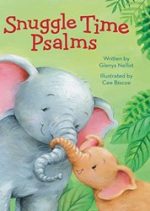 Did you think the book of Psalms was only for adults? Think again! Snuggle Time Psalms, written by Glenys Nellist and illustrated by Cee Biscoe, is the perfect way to introduce little ones to the poetry book of the Bible. This padded cover board book uses simple concepts, rhyming text and adorable art to help children engage with the Psalms.