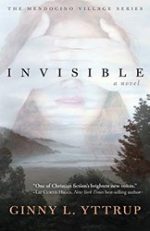 Ellyn–chef, cafe owner, and lover of butter – is hiding something behind her extra weight. While she sees the good in others, she has only condemnation for herself. So when a handsome widower claims he’s attracted to Ellyn, she’s certain there’s something wrong with him.

Sabina – tall, slender, and exotic – left her husband, young adult daughters, and a thriving counseling practice to spend a year in Northern California where she says she’s come to heal. 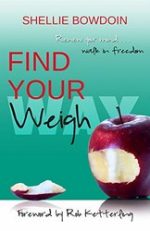 Becca Ketterling – Women’s Pastor, River Valley Church “Are you tired of being on a dieting roller coaster? Are you looking for freedom from the condemnation and frustration of failing so many times? Then, Find Your Weigh is just what you need. Shellie talks about allowing God to change your mindset about food. It’s an incredible journey of freedom from the struggles surrounding your weight and your self image. I encourage you to dive in and let God work through this incredible book and study.”

When we think about losing weight, we immediately think of a diet. However, diets are only short-term fixes to target our weight, which is really just a symptom of our behavior with food. If we really want to change our weight story, we’ve got to target our behavior with food and uncover the beliefs that actually inform that behavior. The problem is that most of us have no idea what we believe or why we act the way that we do with food. It’s time to walk in freedom over food and weight.

Join Shellie Bowdoin as she shares her own weight journey and lays out practical, “aha” steps to help you renew your mind with food. You will learn how to uncover your beliefs and target your faulty thinking about food with actionable steps and the truth of God’s Word. 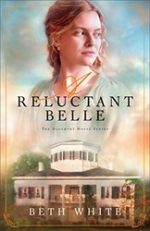 Impoverished Southern belle Joelle Daughtry has a secret. By day she has been helping her sisters in their quest to turn the run-down family plantation into a resort hotel after the close of the Civil War. But by night and under a male pseudonym, she has been penning articles for the local paper in support of the construction of a Negro school. With the Mississippi arm of the Ku Klux Klan gaining power and prestige, Joelle knows she is playing a dangerous game. 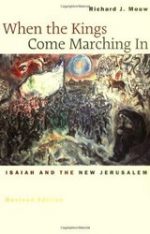 When the Kings Come Marching In
by Richard J. Mouw
KINDLE BARGAIN #ad

Widely respected for his perspectives on faith in the modern world, Richard J. Mouw has long stood at the forefront of the “Christ and culture” debate. In When the Kings Come Marching In – here revised and updated – Mouw explores the religious transformation of culture as it is powerfully pictured in Isaiah 60.

In Isaiah 60 the prophet envisions the future transformation of the city of Jerusalem, a portrayal of the Holy City that bears important similarities to John’s vision of the future in Revelation 21 and 22.

A Song of Joy
by Lauraine Snelling
KINDLE BARGAIN #ad

In Minnesota in 1911, Nilda Carlson is torn between society life in the city of Blackduck and spending time with her family back home on the farm. Her employer, Mrs. Schoenleber, gives her more and more responsibility and experience, including recommending new opportunities for her philanthropy. Still new to America herself, Nilda focuses on the area’s immigrant community, but she’ll have to fight to get her ideas accepted by the locals and donors alike.

Check out:
(Under Northern Skies Series) 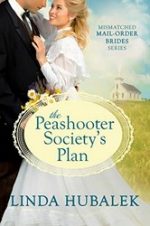 The group’s solution, with the backing of a wealthy financier in town, is to advertise that they will offer jobs and housing to the prospective grooms they pick for the unsuspecting women. 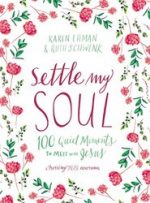 If days filled with obligations and never-ending to-do lists leave you feeling anxious and overwhelmed, you can find the peace your soul longs for. In Settle My Soul, authors Karen Ehman and Ruth Schwenk invite you to carve out a few moments in your day to deepen your relationship with the Lord through 100 encouraging devotions.

Whether you’re a working professional, a wife, a mom, a sister, an aunt, a daughter-in-law, or any combination of these, your life is busy. And no matter what stage of life you may find yourself in, what your hurried and overcrowded heart needs most is rest. Beyond time-management skills or tips for worrying less, you need a few minutes to connect with God’s heart. 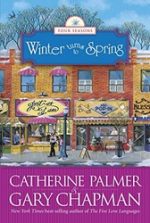 Opposite work schedules, differing views on finances and when to start a family, and Brad’s selfish and immature habits are forcing the young couple apart, causing them to question why they ever got married in the first place. It will take a whole lot of help—mostly from their nosy but well-meaning neighbors—for Ashley and Brad to pull their marriage out of the winter blues and into a hopeful spring. As usual, the residents of Deepwater Cove will pop in and out of the story to delight readers. They’ll encounter Cody and see his continued independence and growing friendship with Jennifer; Patsy and Pete’s escalating romance; and Charlie, a recent widower who is taking on the challenges and excitement of his golden years with zeal. 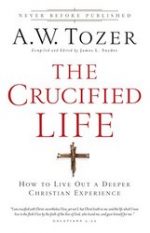 What Does it Mean to Be “Crucified With Christ?”

During his lifetime, renowned teacher A.W. Tozer was often invited to speak at seminaries, churches, and Bible conferences on the topic of the cross and its meaning for the Christian life. Now, in this never-before-published distillation of his best teaching on the subject, you will gain a fresh understanding of the cross’s centrality to your walk of faith in Christ.