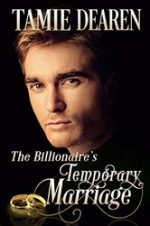 When a stranger with a lime-green mechanical hand drenches her in coffee, the last thing Brooke expects is a marriage proposal from a famous hot billionaire.

A marriage of convenience… so tempting. Brooke Ponzio can’t argue against Cole’s flawless logic. The divorce settlement will solve all the money-troubles for Brooke and her unborn child. If only Cole wasn’t so mouth-wateringly delicious. Should she risk having her heart broken again?

Cole Miller refuses to fall in love. Not ever! That’s why he chose Brooke to get him out of his ill-advised contract. All she wants is sole custody of her baby, so when the time comes, she’ll give him a stress-free divorce. 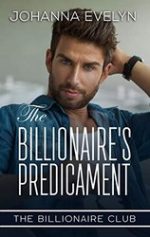 She chose the wrong job, he won’t let her forget about it. Can they come together for the sake of the ocean’s coral?

Erin, one of the country’s lead coral specialists, goes to Florida to make a decision. She must choose to follow her boyfriend to Colorado in support of his career or take her dream job across the country away from him. When a helpful aquarium employee encourages her to follow her heart, she realizes her heart has always been with the ocean.

Devastated her boyfriend won’t support her dreams, she takes the once in a lifetime offer, only to find out that perhaps she made the wrong choice.

Check out:
(The Billionaire Club Series) 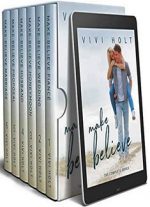 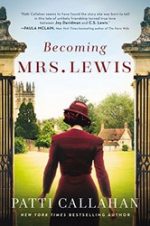 When poet and writer Joy Davidman began writing letters to C. S. Lewis – known as Jack – she was looking for spiritual answers, not love. Love, after all, wasn’t holding together her crumbling marriage. Everything about New Yorker Joy seemed ill-matched for an Oxford don and the beloved writer of Narnia, yet their minds bonded over their letters. Embarking on the adventure of her life, Joy traveled from America to England and back again, facing heartbreak and poverty, discovering friendship and faith, and against all odds, finding a love that even the threat of death couldn’t destroy. 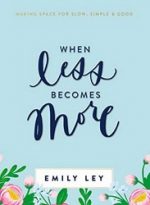 In her newest book, bestselling author and founder of Simplified® Emily Ley brings a revolutionary exploration of how to live a life of more in a world that often overwhelms to the point of burnout. Emily empathizes with readers in the throes of exhaustion and provides tools for nourishing their spirits and achieving a life where less becomes more.

Statistics don’t lie. People today are more fatigued, burned out, and overwhelmed than ever. Smartphones constantly ping and alert and demand our attention. And social media can eat up hours of our days with mindless scrolling and tapping while leaving many feeling empty and lonely. Add to that family commitments, work that is accessible around the clock, and overscheduling, and you have a life that can feel unmanageable and frantic . . . even running on empty. 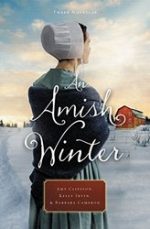 It’s been too long since Rebecca put on her skates and flew across the ice. Five years have passed since a winter accident took her twin Lizzie and left Rebecca heartbroken. Ben has waited for her all that time, and at last she’s starting to heal. But has too much time passed for their hearts to reconnect? 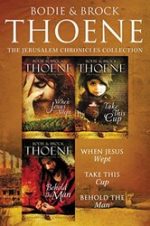 When Jesus Wept: When Jesus Wept, the first novel in The Jerusalem Chronicles by bestselling authors Bodie and Brock Thoene, unfolds the turbulent times in Judea during Jesus’ ministry, centering on the friendship between Jesus and Lazarus.

Take This Cup: Woven into the fabric of prophecy, a young boy named Nehemiah must choose to embrace his destiny as cupbearer to the King of Kings.

Behold the Man: Behold the Man is the culmination of the Jerusalem Chronicles and brings readers to an encounter with the death and resurrection of Jesus of Nazareth. 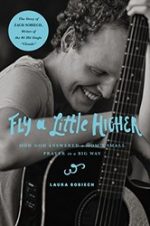 Laura Sobiech tells the amazing story of how God used her son’s battle with cancer to touch the lives of millions.

Okay, Lord, you can have him. But if he must die, I want it to be for something big. I want someone’s life to be changed forever. This is what Laura Sobeich prayed when she found out her seventeen-year-old son had only one year to live. With this desperate prayer, she released her son to God’s will. 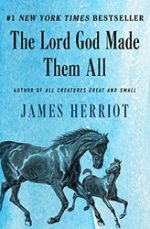 When World War II ends and James Herriot returns to his wife and new family in the English countryside, he dreams mostly of Sunday roasts and Yorkshire puddings, but new adventure has a way of tracking him down. Soon Herriot finds himself escorting a large number of sheep on a steamer to Russia, puzzling through the trials of fatherhood, and finding creative ways to earn the trust of suspicious neighbors who rely on him for the wellbeing of their beloved animals. Herriot’s winning humor and self-deprecating humanity shine through every page, and his remarkable storytelling has captivated readers for generations.

Check out:
(All Creatures Great and Small)