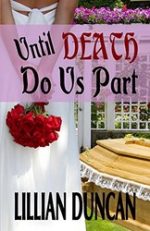 When Reggie vowed until death do us part, she had no idea how close she’d come. Newlywed Reggie Monroe struggles to find her happily ever after. As much as she loves her husband, she finds life to be overwhelming as she attempts to be the perfect farmer’s wife in rural Ohio.

When Dylan receives a mysterious message from his best friend, he knows trouble is brewing. To keep Reggie safe, he encourages her to visit friends, but keeping secrets from Reggie is never a good idea. It only makes her more curious—and everyone knows that curiosity killed the cat! 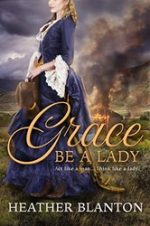 Grace be a Lady
by Heather Blanton
KINDLE BARGAIN #ad

One look at Misery, WY and Grace realizes why she has been exiled to this dusty cowtown.

Banished from Chicago by her abusive husband Bull for an alleged affair, Grace Hendrick wants nothing more than to be reunited with her son. Bull has promised, though, if she dares to return home, the boy will be shipped off to parts unknown. In desperate straits, she stubbornly refuses to accept that the World’s Oldest Profession is her only chance for survival. Determined to beat Bull at this cruel game, Grace concocts an audacious plan to expand her job opportunities: become a man.

Only, when she meets Thad Walker, the middle son of the oldest, most successful cattle baron in Wyoming, sparks fly, and attraction ignites. Will the disguise Grace initially thought was so clever wind up cursing her to a life of loneliness? 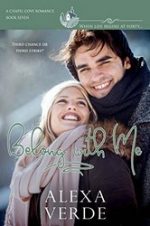 Belong with Me
by Multiple Authors
KINDLE BARGAIN #ad

Brand New Release. Welcome to Chapel Cove, Oregon, where life begins at forty. A third chance or a third strike? What do a dog, a cat, and a hamster, and a whole lot of fish have in common? The couple of humans taking care of them trying not to fall in love! An opposites-attract, fish-out-of-water romance to warm your heart.

Translator Cassidy Longfellow’s quiet life is turned upside down when she returns to her hometown to care for her niece. Not only must she deal with a lovestruck teen and a dog but also with a neighbor with nephews and a multitude of pets. After having loved and lost twice, her heart is closed to romance. But can the handsome neighbor warm her heart this cold winter enough for a third chance?  When his past threatens his future, what will he choose? 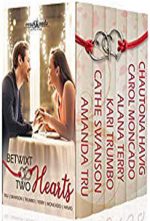 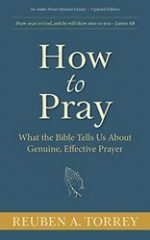 How to Pray
by Reuben A. Torrey
LIMITED TIME FREE #ad

Prayer. Satan laughs as he looks at the church today and says to himself, “You can have your Sunday schools and your young people’s small groups, your boys’ and girls’ programs, your vacation Bible schools, your Christian schools, your elegant churches, your retreats, your music programs, your brilliant preachers, and even your revival efforts – as long as you don’t bring the power of almighty God into them by earnest, persistent, believing, mighty prayer.” 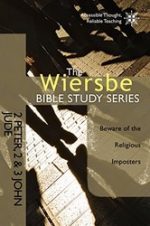 The early church was facing a growing problem: Spiritual counterfeits. From false doctrine to mixed messages, Christians were struggling to separate fact from fiction. Sensing this threat to their young churches the apostles rallied to defend the Gospel in an extraordinary series of letters. This study of 2 Peter, 2 & 3 John, and Jude explores how we can discern truth and stand firm on God’s word.  The Wiersbe Bible Study Series explores timeless wisdom found in God’s word. Based on Dr. Warren W. 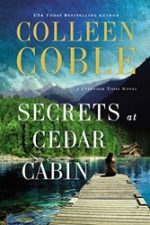 Her mother lied about her identity and her husband wasn’t who she thought he was. Can Bailey even trust herself anymore?

Running for her life in the wake of her mother’s murder, Bailey Fleming escapes to the only place she can think of—a remote, dilapidated cabin in Lavender Tides. Intending to finally get to the truth behind the lies of her past, Bailey only finds more questions when bodies are discovered near her cabin hideout along with traces of a dangerous human trafficking ring. In an unlikely partnership with FBI agent Lance Phoenix, Bailey races to understand the mystery surrounding her life and circumstances before the murderer tracks her down.

Check out:
(A Lavender Tides Series) 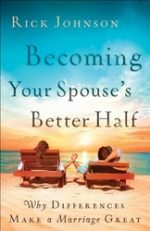 It’s no secret that men and women are different. And it’s no secret that they don’t always get along because of these differences, even when they love each other. But having a successful marriage is not about finding the perfect person to marry. It’s about loving someone in an unselfish, Christlike manner. Whatever we want out of marriage – unconditional love, forgiveness, passion – that is what we have to give to our spouse. Rick Johnson shows couples how to go beyond merely tolerating each other’s differences to using those God-given differences to add spice and passion to their relationship.