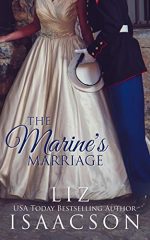 A Marine, a maid, and a match made in heaven. Tate Benson can’t believe he’s come to Nowhere, Utah, to fix up a house that hasn’t been inhabited in years. But he has. Because he’s retired from the Marines and looking to start a life as a police officer in small-town Brush Creek.

Wren Fuller has her hands full most days running her family’s company. When Tate calls and demands a maid for that morning, she decides to have the calls forwarded to her cell and go help him out. 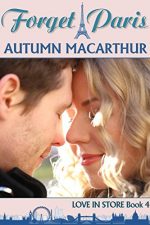 American graduate student Zoe Gallagher is in Paris. On Valentine’s Day. And she doesn’t believe in romance…

She’s determined to prove that romance is an illusion and love based on it doesn’t last. Though when she meets Gabe Ross, there to fulfil his mother’s dying wish by placing a lovelock on a bridge for her and his father, even she finds it hard to resist the most romantic city in the world on the most romantic day of the year.

An impulsive challenge to try a psychological experiment isn’t part of her research plan. Especially when it feels like more, much more, for both of them.

Check out:
(Love In Store Series) 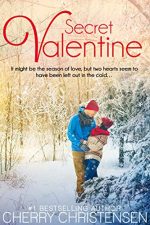 Professor Hannah Wagganer spends her days teaching history, and her nights dating Glen Arbor’s new mail carrier, Jasper Morgan. Not only does he spark Hannah’s heart, but he has become best friends with her cat, Jingles.

As Hannah happily prepares for the church Valentine’s Day potluck and makes cards for local veterans, a snowstorm sends her plans, and her relationship with Jasper, on an unexpected detour. She seeks refuge from the storm at Jasper’s cottage, and finds him to be a warm and gracious host. But, at the same time, the spark is gone – when it comes to romance, he’s turned as cold as the February wind. Doubt creeps in, leaving Hannah worried that she’ll end up spending another holiday alone. 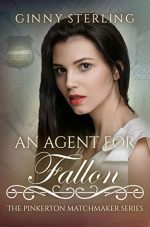 Til’ death do us part… Fallon Byrne was positive that her fiancé had used every excuse in the book to keep from marrying her. Biding her time patiently, she discovers that the Denver office will hire women as Pinkerton Agents – effectively cornering the man she’s loved for years into becoming her partner and her spouse!

Rourke accepted a job offer of becoming a Pinkerton in the Chicago office while on the run from a looming threat back home. When his headstrong fiancée announced her intention of joining the ranks – he realizes that her destination could split them in two unless he agrees to head for Denver, working for Archibald Gordon. Can their love endure with demands that becoming an agent entails, or will upholding the law split them apart?

Check out:
(The Pinkerton Matchmaker) 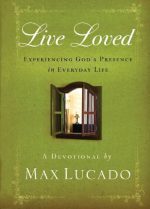 Imagine how your life would change if you were sure God loves you!

Using the same popular format as Grace for the Moment, Live Loved brings fresh, new devotionals based on the writings of Max Lucado. Included is a broad range of topics such as facing your fears, accepting His grace, and truly knowing God’s omnipresent love.

Each devotional is accompanied by an ending prayer to nurture a stronger prayer life for new believers, as well as long-standing Christ followers. It’s a new devotional from one of America’s leading Christian writers that will help men and women experience life from a whole new perspective. 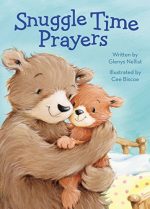 Snuggle Time Prayers, written by Glenys Nellist and illustrated by Cee Biscoe, is a perfect bedtime collection of sixteen prayers.

This padded cover board book will help children settle down at bedtime and remind them of their blessings as they draw closer to God. 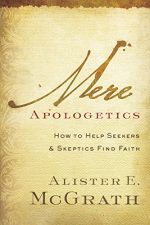 In the spirit of C. S. Lewis’s Mere Christianity, Alister McGrath’s Mere Apologetics seeks to equip readers to engage gracefully and intelligently with the challenges facing the faith today while drawing appropriately on the wisdom of the past. Rather than supplying the fine detail of every apologetic issue in order to win arguments, Mere Apologetics teaches a method that appeals not only to the mind but also to the heart and the imagination. This highly accessible, easy-to-read book is perfect for pastors, teachers, students, and lay people who want to speak clearly and lovingly to the issues that confront people of faith today.