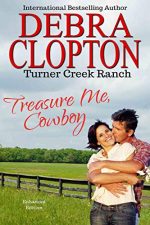 Treasure, secrets and a legacy built on love…

Needing a break from her troubled brother, a summer spent living in and researching a historic stagecoach house on the Turner Creek Ranch sounds heavenly to history teacher Melody Chandler. The ranch is owned by three brothers and she accepts the job offer from the eldest brother. She doesn’t realize until she’s already settled into the house for the summer that cowboy Seth Turner does not want her there meddling into the families past and demands that she leave. Melody can’t help but wonder what the handsome cowboy has to hide and she’s not leaving since her contract is with Seth’s brother? 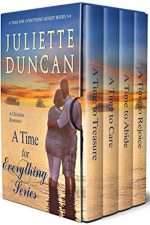 They met by accident and found a love they never expected. A journey they hadn’t anticipated. A life they never thought possible.

Following her husband’s untimely death, Wendy Miller’s life revolves around her adult children, but when she accepts an invitation to her late husband’s grandmother’s birthday party in London, she meets a dashing, silver-haired Texan cowboy in Dublin who captures her heart. 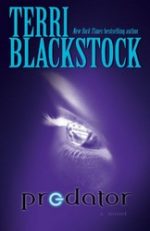 The murder of Krista Carmichael’s fourteen-year-old sister by an online predator has shaken her faith and made her question God’s justice and protection. Desperate to find the killer, she creates an online persona to bait the predator. But when the stalker turns his sights on her, will Krista be able to control the outcome?

Ryan Adkins started the social network GrapeVyne in his college dorm and has grown it into a billion-dollar corporation. But he never expected it to become a stalking ground for online Predators. 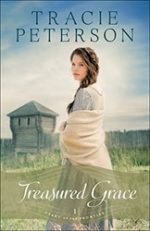 Tracie Peterson Begins Compelling New Series Set on the 1840s Frontier. Grace Martindale has known more than her share of hardship. After her parents died, raising her two younger sisters became her responsibility. A hasty marriage to a minister who is heading to the untamed West seemed like an opportunity for a fresh start, but a cholera outbreak along the wagon trail has left Grace a widow in a very precarious position.

Having learned natural remedies and midwifery from her mother, Grace seeks an opportunity to use her skills for the benefit of others.

Check out:
(Heart of the Frontier Series) 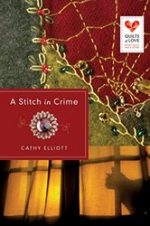 A Stitch in Crime
by Cathy Elliott
KINDLE BARGAIN #ad

Thea James has accepted an assignment as co-chairperson for Larkindale’s first quilt show extravaganza. Juggling the new assignment with running her antique business, she’s already feeling frayed when things start to unravel. Mary-Alice Wentworth, a much-loved town matriarch, respected quilt judge, and Thea’s dear friend, is covertly conked on the head during the kick-off Quilt Show Soiree, throwing suspicion on her guests. It also appears that a valuable diamond brooch has been stolen during the attack. The family is furious. But is it because of their mugged mother or the missing diamonds?

Check out:
(Quilts of Love Series) 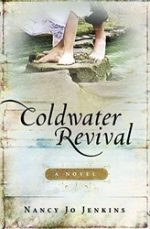 One of Emma Grace Falin’s six-year-old twin brothers died while in her care, sending her on a journey that will take her through the dark valley of guilt, sorrow, depression, and anger.

Although she rejects Him, God continues to offer restoration and healing into her troubled life. Nancy Jo Jenkins has woven an unforgettable tale of shattering loss, desperate grief and despair, and one family’s amazing journey to restoration and forgiveness. A masterful debut, Coldwater Revival will forever be etched in your memories and upon your heart. 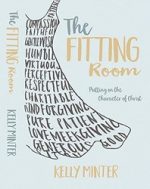 Colossians 3:12 tells us to “clothe” ourselves in Christian virtues such as forgiveness, joy, patience, and compassion. But how does that work in real life?

Can we really “dress up” in the character of Christ? Kelly Minter says the answer is yes—if we let the Master Designer do the fitting. This relatable book offers insightful Scripture study with real-life stories and simple, down-to-earth explanations of the tricky concepts of justification and sanctification—stitching it all together with dry humor and honesty. 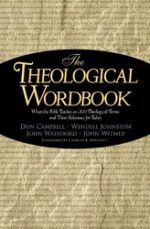 The Theological Wordbook tackles tough words, such as propitiation, regeneration, righteousness, and predestination, but it does so in a natural, plain-spoken manner designed to be enlightening rather than evasive. Also literally dozens of words you are likely to use every day, such as forgiveness, mind, peace, rest, family, truth, and guilt, have profound biblical value. Using The Theological Wordbook can enable you to more fully appreciate what the Bible teaches on these crucial topics and how each of these terms is relevant for life today.