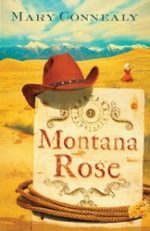 Fire up your love of romance with Montana Rose, where Cassie Griffin, a seemingly spoiled pregnant woman, is widowed one day and wedded the next. Marrying handyman Red Dawson seems the only alternative to Cassie’s being hitched to a brutal rancher. But can this “china doll” bear exchanging smooth silk for coarse calico? Red was reluctant to be yoked to an unbeliever, but sometimes a man has no choice. Will Red change Cassie’s heart by changing her name? Wade Sawyer is obsessed with saving Cassie from a marriage of convenience. How far will he go make her his own? 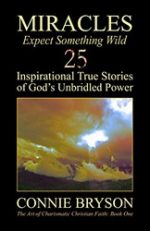 You’ve heard about the miracles that Jesus performed two thousand years ago during His earthly ministry. But did you know that miracles of biblical proportions still happen in the here and now? Never in her wildest dreams had Connie Bryson envisioned that God would use her in a supernatural way. She’s not perfect. She’s just a normal person who believes in the God of the Bible. And she’s been graced to see many of His extraordinary signs and wonders first hand. Imagine being used by God to heal the sick, multiply food, and even to raise the dead – the way Jesus said those who followed Him would.

Check out:
(The Art of Charismatic Christian Faith Series) 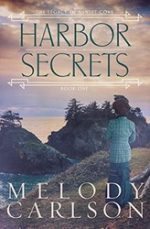 A Peaceful Coastal Town…Threatened by a Storm of Secrets

It’s 1916 when newspaper woman Anna McDowell learns her estranged father has suffered a stroke. Deciding it’s time to repair bridges, Anna packs up her precocious adolescent daughter and heads for her hometown in Sunset Cove, Oregon.

Although much has changed since the turn of the century, some things haven’t. Anna finds the staff of her father’s paper not exactly eager to welcome a woman into the editor-in-chief role, but her father insists he wants her at the helm.

Check out:
(The Legacy of Sunset Cove Series) 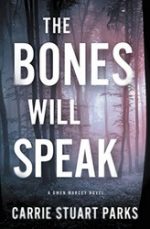 A killer with a penchant for torture has taken notice of forensic expert Gwen Marcey . . . and her daughter.

When Gwen Marcey’s dog comes home with a human skull and then leads her to a cabin in the woods near her Montana home, she realizes there’s a serial killer in her community. And when she finds a tortured young girl clinging to life on the cabin floor, she knows this killer is a lunatic. Yet what unsettles Gwen most is that the victim looks uncannily like her daughter.

Check out:
(A Gwen Marcey Series) 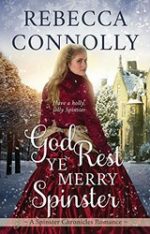 Christmas is here, and Elinor Asheley’s entire family has gathered at their country estate to celebrate. But when her arch nemesis arrives at the estate by chance, warm wishes and the holiday spirit are the last things on her mind. Elinor is determined to protect her family from him no matter how changed he claims to be.

When the winter weather strands Hugh Sterling at the estate of the woman who hates him most in the world, his only wish is to escape the place unscathed. He is not the man he once was, and he will do everything he can to prove that to Elinor.

Check out:
(The Spinster Chronicles Series) 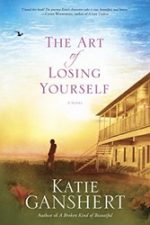 The Art of Losing Yourself
by Katie Ganshert
KINDLE BARGAIN #ad

Every morning, Carmen Hart pastes on her made-for-TV smile and broadcasts the weather. She’s the Florida panhandle’s favorite meteorologist, married to everyone’s favorite high school football coach. They’re the perfect-looking couple, live in a nice house, and attend church on Sundays. From the outside, she’s a woman who has it all together.  But on the inside, Carmen Hart struggles with doubt. She wonders if she made a mistake when she married her husband. She wonders if God is as powerful as she once believed. Sometimes she wonders if He exists at all. After years of secret losses and empty arms, she’s not so sure anymore. 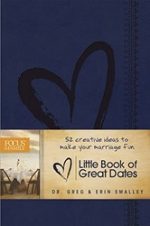 The Little Book of Great Dates will help build romance and fun into any marriage with its creative ideas for a year’s worth of weekly affordable dates.

This book—a simpler, gift version of Focus on the Family’s The Date Night Challenge campaign – will help couples to proactively and intentionally build their relationship, showing how everyday activities can become “dates” that strengthen the marriage relationship. It includes plans for special-occasion dates, such as the couple’s anniversaries (first date, engagement, wedding), birthdays, etc. 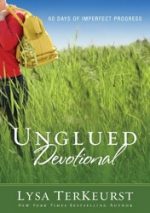 This companion devotional to the bestselling book Unglued provides encouragement to help readers handle emotional struggles.  Including a daily opening Scripture, Thought for the Day, devotion, and closing prayer, this book helps readers begin a 60-day journey in learning to positively process raw emotions, such as fear, anger, and regret.