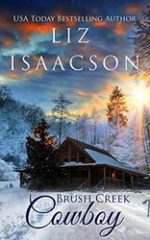 Former rodeo champion and cowboy Walker Thompson trains horses at Brush Creek Horse Ranch, where he lives a simple life in his cabin with his ten-year-old son, Michael.

He’s worked with Tess Wagner, a widow who came to Brush Creek to escape the turmoil of her life to give her seven-year-old son, Graham, a slower pace of life. Together, they run a cotton candy stand at the town’s Heritage Festival every fall, and Walker gets up the nerve to ask Tess to dinner. 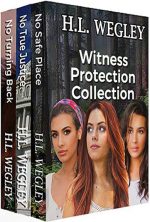 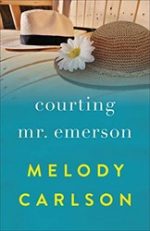 When the fun-loving and spontaneous artist Willow West meets buttoned-up, retired English teacher George Emerson, it’s not exactly love at first sight. Though she does find the obsessive-compulsive man intriguing. Making it her mission to get him to loosen up and embrace life, she embarks on what seems like a lost cause – and finds herself falling for him in the process.

A confirmed bachelor, George vacillates between irritation and attraction whenever Willow is around–which to him seems like all too often. He’s not interested in expanding his horizons or making new friends; it just hurts too much when you lose them. 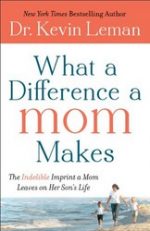 What a Difference a Mom Makes
by Dr. Kevin Leman
KINDLE BARGAIN #ad

Every mom wants the best for her son. She wants him to succeed in life, to be a man of character, to find a good woman, to be a great dad. But sometimes boys are hard for moms to understand. Sometimes they’re strange, annoying, and downright disgusting! Yet always they need a mother who is engaged and interested in them, because a mom is the most important person in a boy’s life.

In What a Difference a Mom Makes, New York Times bestselling author Dr. Kevin Leman uses his wit and wisdom to show Mom how to lay the groundwork that will allow her son to grow into a good man. Armed with Dr. Leman’s expert advice and insight, Mom will gain an understanding of her boy at every stage, from that very first diaper change to the moment he leaves for college. 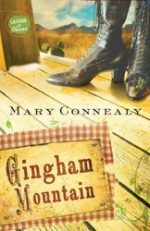 All aboard for a delightful, suspense-filled romance, where a Texan is torn between his attraction to a meddlesome schoolmarm and the charms of a designing dressmaker. When Hannah Cartwright meets Grant, she’s determined to keep him from committing her orphans to hard labor on his ranch. How far will she go to ensure their welfare? Grant is determined to provide a home for the two kids brought in by the orphan train. Can he keep his ragtag family together while steering clear of love and marriage?

Check out:
(Lassoed in Texas Series) 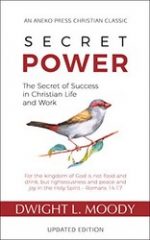 Verily, verily, I say unto you, He that believes in me, the works that I do he shall do also; and greater works than these shall he do because I go unto my Father. (John 14:12)

No other power on earth can quicken a dead soul except the same power that raised the body of Jesus Christ out of Joseph’s sepulcher. And if we want that power to quicken our friends who are dead in sin, we must look to God and not to man to do it. If we only look to ministers, if we only look to Christ’s disciples to do this work, we shall be disappointed. 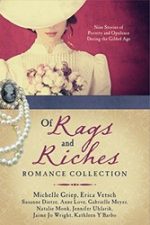 Journey along in nine historical romances with those whose lives are transformed by the opulence, growth, and great changes taking place in America’s Gilded Age. Nine couples meet during these exhilarating times and work to build a future together through fighting for social reform, celebrating new opportunities for leisure activities, taking advantage of economic growth and new inventions, and more. Watch as these romances develop and legacies of faith and love are formed.

The Treasury of David
by Charles Spurgeon
KINDLE BARGAIN #ad

The Treasury of David is C.H. Spurgeon’s magnum opus on the Psalms. The editor, David Otis Fuller, describes it as ‘the whole realm of Christian truth.’ All of the great doctrines of God’s Word are dealt with by the masterminds of nearly every age since the first coming of Christ. Some of the nearly 700 expositors Spurgeon cites are Augustine, Chrysostom, Athanasius, Calvin, Luther, Bunyan, Matthew Henry and of course, Mr. Spurgeon himself. Here is a great source of golden insight into the Psalms that will endure through the ages. 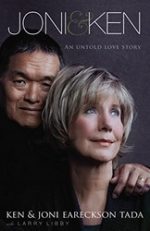 This is the true love story of Joni and her husband of 30 years, Ken Tada. A love story showing what it truly means for a man and a woman to live in love … in sickness and in health.

Even the honeymoon wasn’t easy. Did Ken realize what he was getting into when he proposed to Joni, a quadriplegic woman? As their marriage years moved on, Ken became increasingly overwhelmed by the never-ceasing demands of caring for Joni, who begins to experience chronic, extreme, nightmarish pain.