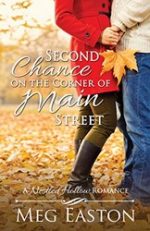 Second Chance on the Corner of Main Street
by Meg Easton

Fun-loving Whitney Brennan has been running the presses at the Nestled Hollow Gazette while running from love. She’s part of every town gathering, but is terrified of making any real or deep connection with anyone because she knows that if she does, they’ll end up leaving like her mother did. Like the man who taught her everything about the paper did. Like her high school best-friend-turned-boyfriend did on graduation night.

Eli Treanor skipped out of Nestled Hollow twelve years ago and created a new life and a thriving team-building business he thoroughly enjoys in Sacramento. When his parents beg him to come back and run the family outdoor rentals business while his dad has surgery, Eli isn’t happy about returning to the town that didn’t love him, the dad he could never please, and the girl he left behind all those years ago.

Check out:
(A Nestled Hollow Series) 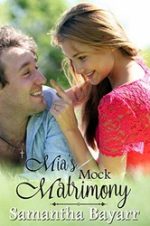 It was only supposed to be a party game – not a real wedding! When strangers, Mia and Chad, show up at the same dance at the country club, his friend, Trevor, decides he’s going to replace the actor the club hired to perform mock marriages, and swap him out with a real ordained minister. When that same minister files their mock marriage certificate at the courthouse, Mia and Chad find themselves legally bound to one another.

There’s only one glitch; Chad is already engaged! Will Chad’s fiancée cause their breakup, or will Mia’s anger turn to love?

Check out:
(Her Fake Fiancé Series) 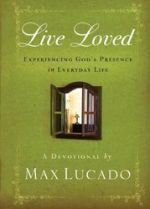 Imagine how your life would change if you were sure God loves you!

Using the same popular format as Grace for the Moment, Live Loved brings fresh, new devotionals based on the writings of Max Lucado.

Included is a broad range of topics such as facing your fears, accepting His grace, and truly knowing God’s omnipresent love. Each devotional is accompanied by an ending prayer to nurture a stronger prayer life for new believers, as well as long-standing Christ followers. It’s a new devotional from one of America’s leading Christian writers that will help men and women experience life from a whole new perspective. 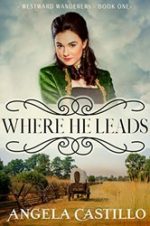 Compared to an arranged marriage to the odious Bernard Regent, a prairie schooner on the Oregon Trail doesn’t seem like such a bad trade to Amethyst Kent.

When desperate Martha Davis reveals her need for a mother’s helper on the trail, Ami decides to up and leave the pampered life she’s always known for a land of freedom. But trail life is hardly a tea party, and Ami must draw from the deepest wells of her faith to survive. With the sunset always before her, and Shiloh Talon, a handsome trail scout, guiding the way, she might just make it through. 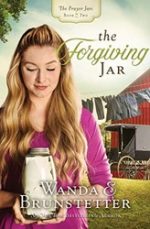 What would happen if you found out someone has been impersonating you?

Sara Murray had never met her mother’s parents and was surprised to learn after her death that they were Amish living in Pennsylvania. When she is finally able to make the trip to meet them, she is shocked to learn someone else has been living with them and pretending to be Sara. Sara can’t understand how quickly her grandparents are willing to forgive the impostor.

Check out:
(The Prayer Jars Series) 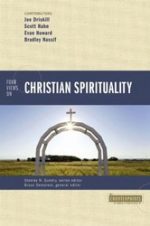 Spirituality, or the cultivation of the with-God life, lies at the heart of what it means to be a Christian in the body of Christ. Bored by consumerism, satiated by sensualism, stressed-out by technology and depressed by the loss of the transcendent in life, people today are turning from the scientific ‘what’ and ‘how’ to the transcendent ‘who’ and ‘why.’ Indeed, the spiritually inclined represent one of America’s largest ‘faiths.’ Interest in spirituality within the church thus is not a fleeting fad but a return to historic Christian roots. A book that focuses on the Church’s search for identity, meaning and significance as interpreted by the major Christian traditions possesses considerable relevance to many in our day. Perspectives include the Eastern Orthodoxy, Roman Catholic, Evangelical and Liberal Protestant viewpoints. 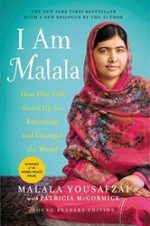 I Am Malala. This is my story. Malala Yousafzai was only ten years old when the Taliban took control of her region. They said music was a crime. They said women weren’t allowed to go to the market. They said girls couldn’t go to school.

Raised in a once-peaceful area of Pakistan transformed by terrorism, Malala was taught to stand up for what she believes. So she fought for her right to be educated. And on October 9, 2012, she nearly lost her life for the cause: She was shot point-blank while riding the bus on her way home from school. No one expected her to survive. 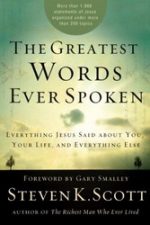 Every Word of Jesus Right at Your Fingertips. Haven’t you wished you could ask Jesus any question and get his immediate help with the biggest problems you face? Now you can.

For the first time ever, all of the statements Jesus made in the New Testament have been brought together and organized under more than 200 topics. When you want to know his will in a specific area of life, or you’re seeking the answer to a perplexing question, or you are desperate for his encouragement, comfort, or wisdom–you can easily find the help you need. 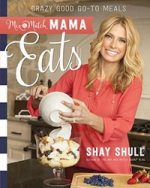 Make Mealtime Simple and Delicious. The pressure of planning and preparing meals from one day to the next can become stressful. Shay Shull, the Mix and Match Mama, has found simple solutions for making quick and tasty dishes that will satisfy your whole family and make your life so much easier.

Inside this book you will discover more than 200 crazy good go-to breakfast, dinner, and dessert recipes for every holiday, season, and month of the year, as well as a helpful Tips and Tricks section featuring “Baking Essentials” and “Grocery Staples”.