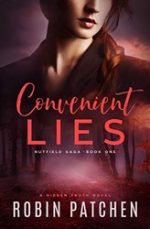 She married her enemy… When investigative journalist Reagan McAdams discovers her new husband is part of an international crime family, she flees Paris with their newborn and returns to her childhood home in New Hampshire to gather enough money to disappear forever. She’ll do whatever it takes to protect her son from his criminal father.

He never quit loving her. Rae’s first love, Brady Thomas, discovers she’s home and in trouble. She won’t tell him what’s going on, but he’s a detective. He’ll figure it out. He’s going to protect her and her son, whether she wants his help or not. 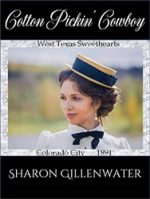 West Texas, October, 1891. Practically on the shelf… At the ripe old age of twenty-six, Sarah Dawson knows she can’t be picky when it comes to marriage. After all, she’s rather plain and boring. Even her betrothed thinks her best attribute is her cooking.

A lonely cowboy… Rancher Austin Kendrick thinks every man Sarah ever met needs spectacles. To him, she’s beautiful, kind, and loving – and the answer to his prayers.

But Sarah has been raised to honor her commitments above all else, even if it means marrying a man she doesn’t love. Can Austin persuade her to follow her heart instead? 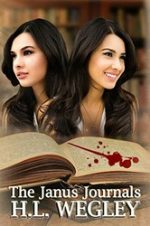 Will probing the past, through her father’s secret journals, save her future?For recent college graduate, Alisa (Allie) Petrenko, the Cold War never ended, and events set in motion years ago have endangered this innocent young woman. When her father is murdered, he left her with a warning, an assassin on her trail, and his secret history contained in a set of journals. As Allie tries to elude the assassin and read the journals, she learns that the loving father who raised her was not the man he appeared to be, and the man she must now trust with her life is someone Allie must never trust with her heart.At strong safety, Grady Jamison could defend against opponents in the red zone, but he couldn’t stop the drunk driver who hit his car and killed his sister.

Does Allie Petrenko’s call for help mean Grady has been given a second chance, a chance to do things right? 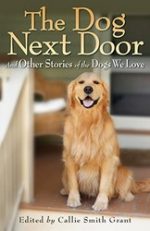 Dogs are truly one of God’s finest creatures, a marvelous gift for us humans. In the perfect follow-up to A Prince among Dogs, Callie Smith Grant compiles a delightful collection of true stories that celebrate the dogs in our lives. These stories will touch our hearts, renew our spirits, and show us how God made these wonderful creatures for unique purposes.

Readers will love these uplifting glimpses into the lives of ordinary and extraordinary dogs and the people who love them. The stories are warm, captivating, and ideal for a good curl-up-and-read or a perfect gift for any dog lover. 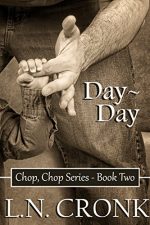 “This is the second book in the ChopChop series, and let me tell you, it is a major tear jerker. I wept, I meanreally wept, as I read this book. I know so many women that have sufferedthrough various fertility issues, so this book really hit home for me. I lovethat Cronk does not shy away from putting her characters through a lot oftrials, because that is how life really is. Christians face so many trials,sometimes with grace and humility, sometimes with anger and fear. It is nice tosee this represented in Christian fiction; it makes the stories so much morerelatable. Fertility issues are not easy to tackle, so I applaud the author fordoing so with tenderness.” 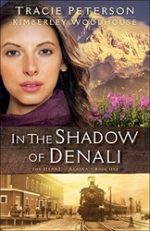 In the Shadow of Denali
by Tracie Peterson, Kimberley Woodhouse
KINDLE BARGAIN #ad

Cassidy Ivanoff and her father, John, work at the new and prestigious Curry Hotel outside Mt. McKinley. While John will be expedition and wilderness exploration guide for the wealthy tourists, Cassidy has signed on as a cook’s assistant. Both are busy as the hotel prepares to welcome the president of the United States on his way to drive in the golden spike to officially complete the railroad.

Allan Brennan travels to the Curry Hotel to be an apprentice of a seasoned Alaska mountain guide. Ever since his father’s death climbing Mt. McKinley, he’s worked to earn enough money to make the trek to the Alaska territory himself…

Check out:
(The Heart of Alaska Series) 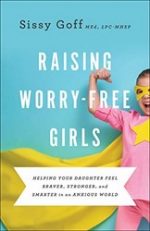 If you have a daughter, it would be surprising if she doesn’t struggle with anxiety and worry – either in short episodes or for longer periods. For a variety of reasons, childhood anxiety rates are soaring, especially among girls. Today’s parents need to know what contributes to anxiety and worry and how they can empower their daughters to overcome troubling emotions.

In this immensely practical book, veteran counselor Sissy Goff shares how you can instill bravery and strength in your daughter. Addressing common age-specific issues, Goff gives you the tools to help you and your child understand why her brain is often working against her when she starts to worry, and what she can do to fight back.

Can Terry Treetop save little Sammy and have a truly merry Christmas? This charming picture book will show your child that reaching out to help others is an important part of the Christmas spirit. It features Terry Treetop, a red-headed, freckled young boy who loves to climb trees. Christmas is in the air, and Terry is busy getting his family’s Christmas tree ready with his Dad when he notices a small, helpless creature in danger. 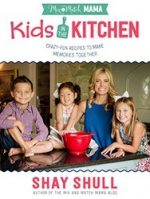 Discover the Recipe for Family Fun in the Kitchen. Kids in the kitchen? In your kitchen? Sounds like a recipe for disaster, right? It doesn’t have to be. Cooking meals can be an awesome time for bonding with your little ones and instilling in them your love for family and food. This unique cookbook will encourage you to celebrate every messy minute in the kitchen with your children as you teach them cooking basics, create kid-friendly food they’ll enjoy eating, and have a whole lot of smiles and laughter doing it. 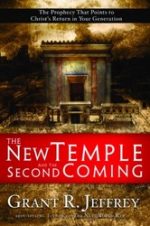 An array of new archaeological finds and revealing discoveries in the ancient city hidden beneath Jerusalem lead to a stunning conclusion: The generation alive today will witness the return of Christ.

The evidence–uncovered by prophecy expert Grant R. Jeffrey–is breathtaking: Jewish authorities are preparing to rebuild the Temple in Jerusalem. Quietly they have recovered lost artifacts from the ancient Temple and have recreated sacred worship vessels. The new Sanhedrin, now reconvened in Israel, is training Levite priests to reinstitute animal sacrifice. These remarkable developments have far-reaching prophetic significance.