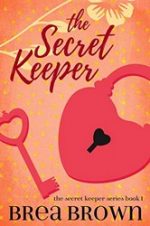 Peyton Stratford is her family’s unofficial keeper of all things secret, from the petty and mundane to the potentially life-changing. But Peyton is keeping a secret of her own. And it’s a doozy.

Pastor Brice Northam is used to hearing secrets. After all, it’s part of his job description. But he’s about to hear one that’s going to challenge him almost as much as his feelings for the person confessing. Peyton needs some serious help from Brice, but how much does she dare tell him? And what, exactly, is Brice hiding from Peyton—and himself

Check out:
(The Secret Keeper Series)

Wish you were growing your own food right now? In these four Christian feel-good romance stories, the characters do just that… and fall in love! A group of friends find romance while teaming up to repurpose a pair of derelict greenhouses that’s been entrusted to their church in the complete collection of the Garden Grown Romance series set in Arcadia Valley. 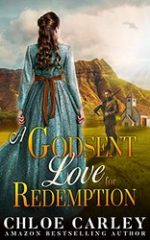 When her mother’s legacy is threatened, will his fight for redemption be God’s means to save her?

Having recently lost her mother, Katherine Weyl is threatened with another loss. Being a determined and passionate woman, she will do anything to protect her mother’s lifework, even to accept help from a miner. How will she embrace the new feelings that accompany this Godsend help?

Michael McClay is a robust and introvert mining company owner. Even though he was only seeking financial stability, now that he has hit a line of gold, he could not but help out the children that now need him, given his painful experiences as an orphan himself. How will he realize that a loving family is what he truly needs? 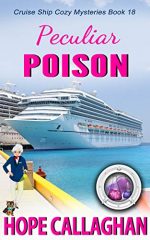 When a crew member is mysteriously poisoned onboard the “Siren of the Seas,” Millie fights to clear her name after becoming a suspect.

As the Siren of the Seas continues their British Isles cruise season, Millie can’t wait for her first ever visit to a castle – and Blarney Castle at that. She and Amit plan to visit the castle to pick up some hawthorn berries for Annette, hoping they’ll help her friend’s heart condition.

Unfortunately, all of the tours are booked and taxis nearly impossible to get by the time they are able to get off the ship. Sophia reaches out to a friend who agrees to take them to the castle. Little do they know, it’s going to be one wild ride! 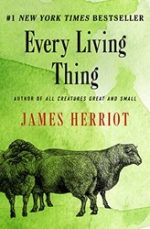 As an aging James Herriot begins to see more house pets than livestock, the challenge of treating animals – and reassuring their owners – provides plenty of excitement, mystery, and moments of sheer delight. After building up his own practice, the renowned country vet begins to teach a new generation about a business both old-fashioned and very modern. He watches with pride as his own children show a knack for medicine, and remarks on the talents and quirks of a string of assistants. There is no perfecting the craft, since people and their animals are all remarkably different, but Herriot proves that the best healers are also the most compassionate.

Check out:
(All Creatures Great and Small) 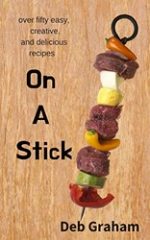 On A Stick
by Deb Graham
KINDLE BARGAIN #ad

Everything is more fun on a stick! Looking for a creative way to serve food for any occasion? On A Stick is just what you need! Breakfast, brunch, lunch, dinner, entrees and snacks, picnic fare, ideas for slumber parties and bake sales, these recipes are ideal for picky kids and elegant cocktail parties, too. Perch foods on bamboo skewers, pretzels sticks, wooden sticks and even sturdy herbs to make an instant hit with the family as well as wowing friends and guests. Whole some foods include shish kababs, Pioneer Drumsticks, French Toast with Berries, satay, appetizers and hors d’oeuvers, wholesome breakfast recipes and fun snacks – even pies on a stick! Be sure to read the other cookbooks in this series, all fancy enough for company and simple enough for a child to help. 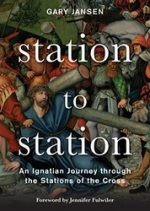 Throughout the centuries, Christians have asked, “Why is there suffering?” or, on a more personal level, “Why am I suffering?” Answers abound, but none are likely to suffice or satisfy. A far more helpful question might be, “How should I respond to suffering?” And the answer to that question, believes Gary Jansen, can be found by looking closely at the Passion of Jesus.

In Station to Station, Jansen uses the scriptural Way of the Cross to focus our minds and hearts on Jesus’ anguish and death. Walking through each station, we see the unique ways in which Jesus responded to suffering, and we are challenged to react similarly in our own struggles… 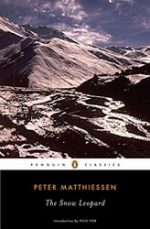 An unforgettable spiritual journey through the Himalayas by renowned writer Peter Matthiessen (1927-2014), the National Book Award-winning author of the new novel In Paradise

In 1973, Peter Matthiessen and field biologist George Schaller traveled high into the remote mountains of Nepal to study the Himalayan blue sheep and possibly glimpse the rare and beautiful snow leopard. Matthiessen, a student of Zen Buddhism, was also on a spiritual quest to find the Lama of Shey at the ancient shrine on Crystal Mountain. As the climb proceeds, Matthiessen charts his inner path as well as his outer one, with a deepening Buddhist understanding of reality, suffering, impermanence, and beauty. This Penguin Classics edition features an introduction by acclaimed travel writer and novelist Pico Iyer. 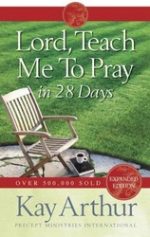 Lord, Teach Me to Pray in 28 Days
by Kay Arthur
KINDLE BARGAIN #ad

Arthur sheds light on the instructions Jesus gave to His disciples for the perfect pattern of meaningful prayer and demonstrates how the Lord’s Prayer covers worship, praise, intercession, and petition and ushers an individual into the presence of God.

This look at biblical prayer is refreshingly simple and exceedingly powerful—and it can transform the way anyone lives and prays. Ideal for individual or group study, and a classic resource for any home or church library. 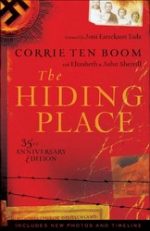 Here is the riveting account of how Corrie and her family were able to save many of God’s chosen people. For 35 years millions have seen that there is no pit so deep that God’s love is not deeper still. Now The Hiding Place, repackaged for a new generation of readers, continues to declare that God’s love will overcome, heal, and restore.