A Dance In the Desert
The Story of Leah, Jacob, and Rachel
by L. M. Roth
LIMITED TIME FREE #ad

A stranger fleeing from his past. Two sisters married to the same man, now bitter rivals for his love. A family torn apart by the deception of the father, who holds the lives of all he loves in his hands.

Jacob – a man who fled for his life from the brother he cheated.

Leah – a woman disfigured from a childhood disease, now forced to obey her father and deceive both her sister and the man she loves.

Rachel – the love of Jacob’s life who waits patiently for their marriage, only to end up having to share him with her own sister.

Laban – the wily old man who pulls the strings to control those he loves and those he uses.

Dance In the Desert, The Story of Leah, Jacob, and Rachel is a tale of yearning, heartbreak, and sibling rivalry that still evokes across the centuries the drama of a family torn apart, yet whose legacy is one of the great dynasties of history. Can they overcome the bitter jealousy that threatens to destroy them and thus receive their inheritance? Or will they only succeed in destroying each other? 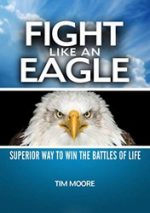 FIGHT LIKE AN EAGLE
by Tim Moore
KINDLE BARGAIN #ad

Successful living is possible. It’s God’s plan for mankind. There’s a common trait which victorious Christians have: The winning philosophy!

Do you want to know the effortless way to overcome life’s battles?
Deep inside, are you frustrated that the better version of you is struggling to come out?
Would you like to know who is behind failure in any area of your life and how to deal with them?

Failure in any area of life is not normal. God never had that plan for mankind. Unfortunately, you have been brainwashed to believe that to see success, a person must be prepared for failure, at least a little bit. That’s foolishness! The good news is that you can apply these revelations and begin to see real success immediately!

In Fight Like an Eagle: Superior Way to Win the Battles of Life, Tim Moore unveils the real culprit behind why people fail in life.  He leverages on one unique strategy of the Eagle and draws out lessons to demonstrate how anyone can achieve real success and victory in any area of life—Health, Finances, Marriage, Workplace environment, in churches, and all types of relationships. 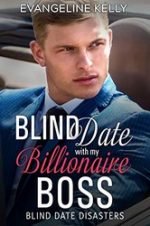 Brand New Release from Evangeline Kelly. Not only is he her boss, he’s her enemy.

Coldhearted Easton Radcliffe has one goal: run in the Warrior Obstacle Challenge in honor of his father who passed away a year ago. He carries around guilt because he wasn’t there when his father needed him most, and now he has to cope with the kind of man he’s become.

Maya Anderson has underlying medical issues that make it necessary to obtain a job with better health benefits. When Easton offers her a job, she’s shocked to say the least, but she accepts out of necessity.

Maya knows Easton hates her, and she can’t stand him as well. But when they come in contact with each other on a daily basis, sparks fly and Maya forms a new opinion of her boss. Little does she know, he’s the one man who will go to bat for her when it really counts. 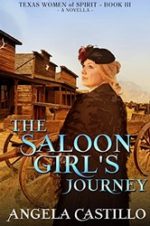 Join Darla as she begins a new life of faith and redemption–but can she find true love?

Weary of the saloon girl life – and tired of being slapped around – Darla North decides to start over and let her new-found faith lead her. A friend sends her to Downs House, a place for ‘unfortunate women.’ Darla is offered a home – if she can behave herself.

Old habits are hard to break, but Darla is desperate to prove to everyone that she’s changed, especially Ethan Downs, the owner’s sensitive and sweet son. But when Darla’s past threatens to catch up with her, she must decide to face the truth . . . or run away again. 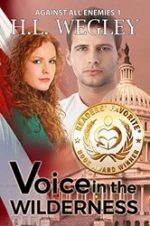 Voice in the Wilderness
by H. L. Wegley
KINDLE BARGAIN

What if your blog could save the nation, but posting to it might cost your life? Two extraordinary people born for a time such as this.

As catastrophes drive the US into martial law, all eyes are on America, waiting to see what emerges. KC Banning, network specialist, discovers President Hannan’s tyrannical plans and is branded a terrorist, sending her fleeing the Beltway to find her childhood soulmate and protector, Brock Daniels. Brock, a writer and man of faith, gives CPR to a dying nation through his blog, which is read by military members still loyal to the Constitution.

Check out:
(Against All Enemies Series) 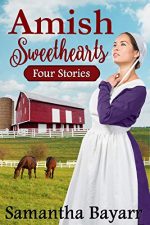 ① The Amish Portrait: Tessa has become a meal ticket for an artist, but is he the same for her?

② The English Cousin: Ellie doesn’t like the competition from an English girl, to get the attention of Shiloh, so she decides to compete on her level.

③ Amish Wedding Season: Everyone is getting married except Shanah; will she be able to juggle her duties as a bridesmaid for two weddings without becoming jealous of her cousins?

④ When Missy discovers her cousin, Anna, has been seeing her betrothed behind her back, she finds comfort in the arms of the least likely man she’d ever expect after an accident that puts her in his path. Was it God who brought them together, or should she fight to get Noah back from her cousin?

Fix-It and Forget-It Baking with Your Slow Cooker is a big, full-color, useful cookbook that, in addition to recipes, offers tips and tricks for baking with your slow cooker, FAQs, suggestions for substituting common allergen ingredients, and more.