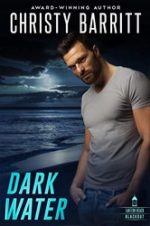 A FORMER NAVY SEAL HAUNTED BY HIS PAST. Colton Locke can’t forget the black op that went terribly wrong. Desperate for a new start, he moves to Lantern Beach, North Carolina, and forms Blackout, a private security firm. Despite his hero status, he can’t erase the mistakes he’s made.

A WIDOW WITH SECRETS. For the past year, Elise Oliver hasn’t been able to shake the feeling that there’s more to her husband’s death than she was told. When she finds a hidden box of his personal possessions, more questions – and suspicionsa – rise. The only person she trusts to help her is her husband’s best friend, Colton Locke. 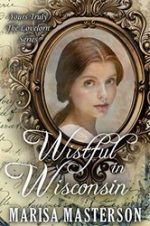 He was her rescuer. Would he also be the love of her life? Lilah Levitt made a terrible mistake when she answered a job advertisement for a hotel in Idyll Wood, Wisconsin. Kidnapped and carted off to a brothel in the North Woods, she barely escaped being abused. If not for Sheriff Fred Sittig, her situation would have been tragic.

No matter how often he tried to reason with Lilah, Sheriff Sittig could not get her to realize that she didn’t love him. She was only grateful. After all, what would a beautiful and talented young woman want with a backwoods sheriff who could hardly read or write?

Unwilling to leave Idyll Wood, desperate to win the sheriff’s love, Lilah Levitt writes a letter to the Lovelorn column for advice. The answer might shock them both and shake up the town of Idyll Wood in the process. What love isn’t worth some hardship after all? 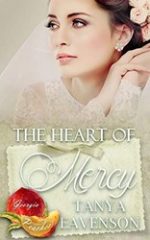 Mercy Cunningham runs a homeless shelter and soup kitchen in Atlanta. Dismissive of her noble work among the destitute, her father continually pesters her to work for his Fortune-500 corporation. A bedraggled stranger visits the soup kitchen and catches Mercy’s attention. Not because of the piercing gaze almost hidden behind his facial hair, but because something seems off about him.

Noah Allen is not the pastor, or even the man, he once was. The single-blow death of his wife and child made sure of that, as did a raging opioid addiction. Blaming himself for their deaths, he wanders the country without a destination and without a desire to find one. Then, Mercy finds him. 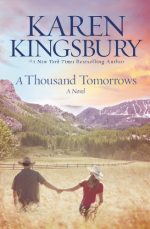 Cody Gunner has no use for real love. Abandoned as a child by the person he needed the most, he swears he will never allow himself to love again. Ali Daniels denies love as well. Carrying a terrible secret, she lives life to the fullest, taking risks and refusing relationships.

When Cody and Ali meet, their first instincts are to hide behind their emotional walls, seemingly doomed to repeat the patterns they have established for most of their lives. 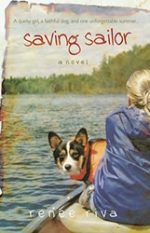 The year is 1968. After spending the first half of summer vacation driving her Italian family crazy with her fake southern accent, 10-year old A.J. finds a soul mate on the other side of the island to divert her attention.

She is intrigued to learn that Danny shares her same burning desire to know God and realizes that few people her age think as deeply as the two of them do. However, the depth of their newfound faith and friendship is soon tested when Danny’s father betrays his wife. 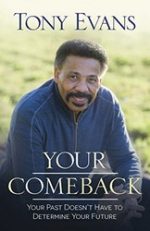 God can turn things around for anyone—including you! We’ve all experienced a time in life when it feels like the world is against us. Whether it’s a financial setback, a breakup, or career that’s gone off course, our first instinct is to give up and give in.

In that moment, you need a comeback. It can be hard to find solid ground in the most challenging of times—but take heart! God is the master of comebacks and orchestrated the greatest turnaround of all—through Jesus, the Savior who was crucified and came back from the grave. 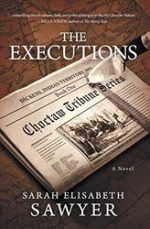 Who would show up for their own execution? It’s 1892, Indian Territory. A war is brewing in the Choctaw Nation as two political parties fight out issues of old and new ways. Caught in the middle is eighteen-year-old Ruth Ann, a Choctaw who doesn’t want to see her family killed.

In a small but booming pre-statehood town, her mixed blood family owns a controversial newspaper, the Choctaw Tribune. Ruth Ann wants to help spread the word about critical issues but there is danger for a female reporter on all fronts—socially, politically, even physically. 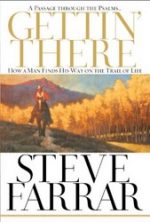 In Gettin’ There, bestselling author Steve Farrar delves into the book of Psalms to give men a new sense of continuity, direction, purpose, and perspective. The Psalms are like a marked trail through life, showing that others have walked ahead and faced many of the challenges, temptations, heartaches, and perplexities that men will encounter on their journeys. Farrar shows that when a man begins to understand that the strong and caring hand of God is sovereign over everything in his life — including his trials and heartaches — his confidence, hope, and joy will increase dramatically in the God who created him and desires to use him. 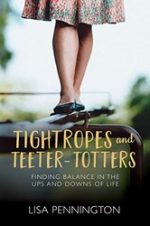 Lisa Pennington knows how to get up after losing her balance, even with a full house, a not-so-full bank account, and never enough energy. In her latest book, she offers readers: 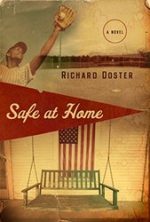 The spring of ’53 started out like any other for sports columnist Jack Hall, as he and the rest of his small southern town, Whitney, eagerly awaited the magical first pitch that would open the Bobcat’s season. But when ticket sales wane with the new distractions of air conditioning and I Love Lucy, the Bobcats face an early end not only to the season but to their careers as well. The team needs a white knight to save them and ironically, that white knight seems to be a 17 year old “colored kid”, Percy Jackson, who’s got a .364 batting average and has never seen a grounder he couldn’t chase down.

Transform Your Business Relationships Through Great Conversation. Learn how to build authentic relationships by finding out as much as you can about the other person in a way that leaves them understood and affirmed. Sounds simple, right? With practice it is easy, but the energy and approach you bring to the conversation are essential.

Learn The Six Principles of Putting Genuine Emphasis On Others. In The Coffee Shop Interview, we discuss how to create a safe space for your conversation, how to prepare, how to set the right tone. After the interview, you’ll be able to determine if what you’re offering is a perfect fit for them.