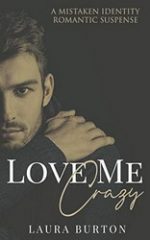 Leading on two men at the same time was a bad idea. Dee thinks she’s hit the jackpot when it comes to her love life.

Jack is not only a gorgeous accountant but loves fast cars and the thrill of a chase. No one has ever made her feel so alive.

Reverend Tom is the complete opposite but knows exactly what to say to sweep her off her feet.

Problem is… one of them is a psychopath who will do whatever it takes to have her. Now, she must find a way to be with the man she truly loves without anyone getting hurt. But keeping him will come at a great cost. 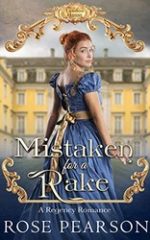 Mistaken for a Rake
by Rose Pearson
KINDLE BARGAIN #ad

Lady Rebecca, a Duke’s daughter, is attracted to a man snubbed by society who could ruin her reputation. But she believes in him. Is that a mistake?

The Duke of Landon has finally had to leave his estate to launch his three eldest daughters in London society. Having been something of a distant father, he finds the prospect rather difficult, until a chance meeting with one Lady Hayward. Forming an alliance, he leaves them in Lady Hayward’s care.

Rebecca, the eldest of the Duke’s daughters, is determined to make a suitable match this Season. Looking for a practical arrangement rather than affection, she is surprised when Lady Hayward steers her away from the one gentleman she cannot seem to stop thinking about.

Lord Jeffery Richmond spurned the advances of a lady of the ton and now has a poor reputation that is entirely unjustified. How can he save himself from ruin in society? And how can he pursue a relationship with the daughter of a Duke while in such a situation! 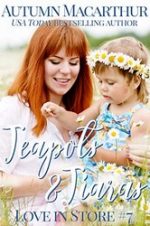 Between his pride and her prejudice, there could hardly be a less likely couple.

When their best friends’ summer wedding in London pushes proud judgmental medical missionary Matthew Coalbrooke and bubbly plus sized shoe-aholic kitchenware saleswoman Anita Kiernan together, it’s dislike at first sight. Turning up at the airport with a toddler in tow doesn’t exactly help matters. The only thing they can both agree on is that the bride and groom’s matchmaking attempts are bound to fail.

Neither are looking for love. He’s determined to return to his African mission hospital as soon as he can, where her glamorous presence would be nothing but a nuisance. She’s determined to care for her niece while her sister is ill, and besides, she has a shoe collection to maintain. An obnoxious, arrogant doctor is the last man she needs.

Check out:
(Love In Store Series) 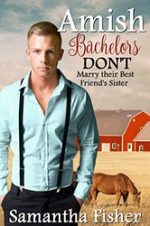 She was in trouble; he was the only one who could help her.

This is a fictional story. It is meant to entertain you, make you laugh, cry, and root for the hero and heroine. Let’s face it; there are plenty of textbooks out there about the Amish. This is not one of them.

A textbook will provide important facts on the Amish; it will educate you, but it won’t entertain you. So, if you want fun, entertainment, and a book loaded with edge-of-your-seat, keeps you awake because you have to know what happens next kind of drama, then look no further. Stay up past your bedtime and drink more coffee to keep you awake, and get to know one of these Amish Bachelors! They have their faults, but their hearts are always in the right place. Make your next Book Boyfriend an Amish Bachelor! 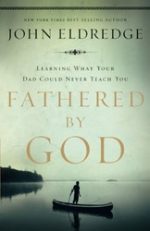 There is a path leading to authentic manhood, cut by men who have gone before us, sons following in the footsteps of their fathers, generation after generation. There are perils along the trail, even disasters?all the more reason to rely on the guidance of a Father who has gone before. But in an age when true fathers are in short supply, how do you find the path to manhood? How do you steer clear of the dangers?

John Eldredge calls men back to a simple and reassuring truth: God is our Father. In life’s trials and triumphs, God is initiating boys and men through the stages of manhood from Beloved Son to Cowboy to Warrior to Lover to King to Sage. 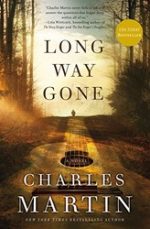 At the age of eighteen, musician and songwriter Cooper O’Connor took everything his father held dear and drove 1,200 miles from home to Nashville, his life riding on a six-string guitar and the bold wager that he had talent. But his wager soon proved foolish.

Five years after losing everything, he falls in love with Daley Cross, an angelic voice in need of a song. But just as he realizes his love for Daley, Cooper faces a tragedy that threatens his life as well as his career. With nowhere else to go, he returns home to the remote Colorado mountains, searching for answers about his father and his faith. 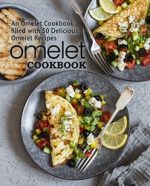 Come take a journey with us into the delights of easy cooking. The point of this cookbook and all our cookbooks is to exemplify the effortless nature of cooking simply. In this book we focus on Omelets. The Omelet Cookbook is a complete set of simple but very unique Omelet recipes. You will find that even though the recipes are simple, the tastes are quite amazing. 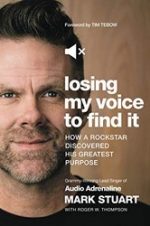 Mark Stuart was the front man of popular Christian rock band, Audio Adrenaline, at a time when the Christian music scene exploded. Advancing from garage band to global success, the group sold out stadiums all over the world, won Grammy Awards, and even celebrated an album going certified Gold. But after almost twenty years, Mark’s voice began to give out. When doctors diagnosed him with a debilitating disease, the career with the band he’d founded and dedicated his life to building was gone. Then to his shock, his wife ended their marriage, and Mark believed he’d lost everything. 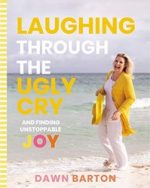 Do you believe that joy is a choice? Dawn Barton does. She’s an upbeat Southerner with good hair and a successful business background, but she’s had more heartache than most of us can imagine. Laughing Through the Ugly Cry is a collection of honest and sometimes raw stories. Dawn throws an arm around readers as she brings them along on her journey through the loss of a child, divorce, cancer, rape, the death of her only sibling, her husband’s substance abuse, and finding her way back to Jesus in the middle of it all. 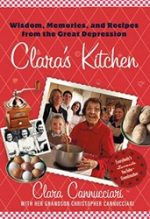 Clara Cannucciari is a 94 year-old internet sensation. Her YouTube® Great Depression Cooking videos have an army of devoted followers. In Clara’s Kitchen, she gives readers words of wisdom to buck up America’s spirits, recipes to keep the wolf from the door, and tells her story of growing up during the Great Depression with a tight-knit family and a “pull yourself up by your bootstraps” philosophy of living. In between recipes for pasta with peas, eggplant parmesan, chocolate covered biscotti, and other treats Clara gives readers practical advice on cooking nourishing meals for less… 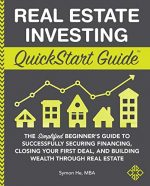 Do you want to know to create passive income, build real long-term wealth, and achieve financial freedom all through real estate investing? Have you attended real estate ‘seminars’ with so-called ‘gurus’ only to leave with a hole in your pocket and still unsure of how to get started in real estate investing? If so, look no further than Real Estate Investing QuickStart Guide, the most comprehensive, practical, beginner friendly Real Estate Investing book ever written…