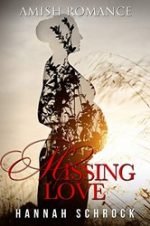 All Esther’s dreams came true… until they were ripped from her without warning.

Esther fell in love at the age of five. When she finally married the boy of her dreams she knew her future would hold nothing but happiness. Jacob was the love of her life and had they only been blessed with a boppli; their lives couldn’t have been happier. The one dream that wouldn’t come true. After just three years of wedded bliss Jacob died unexpectedly, leaving Esther shattered, alone, and pregnant.

After six weeks of trying to keep Jacob’s business open, Noah Miller can’t continue burning the candle at both ends… 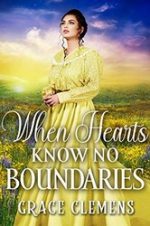 Pearl Langston has been her father’s right hand since her mother tragically passed away, while giving birth to her youngest daughter. Tired of fighting off unwanted advances, she has become very prickly towards men. When fifty heads of cattle break through a fence and roam onto the land of their neighbors, the Dillons, Pearl senses the feud between their families is about to explode. Their only child, Tom is an arrogant man that she can barely tolerate until his behavior and decisions will make her wonder if she was wrong all along. Could Tom turn out to be the man of her dreams? Will her determination to stay loyal to her family, destroy her only chance to find happiness?

Tom Dillon is a man of few words but he knows how to get things done. Repressed by his family’s expectations, he tries to obey and follow his parents’ rules and desires. However, no matter how hard he tries, it is impossible for him to ignore Pearl, and what his heart truly wants. 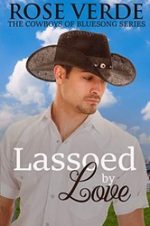 Magazine journalist Chrystolle Spencer has to refuse her cousin’s request for her to house-watch. Her slave-driver boss will never let her take the time off. Until he gives her an ultimatum—write a jaw dropping article for the magazine or pack her bags. Maybe she can do both.

Wyatt Danner hasn’t been on a bull since the accident that almost left him crippled. He refuses to give up on his dream and has worked hard to get back on the circuit. When he agrees to feed his neighbor’s animals while they are away, he’s surprised to find Crissy staying in their home. From their first meeting, Wyatt and Crissy clash in every way possible.

The feelings between them can’t be denied, but are there too many complications to make it work?

Check out:
(The Cowboys of BlueSong Series) 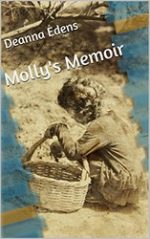 “Mr. Minion pushed open the door of the cabin and immediately froze when he heard the shrilling sound of an infant crying. He knew, for sure, that when he’d left out this morning there weren’t any babies living with him, and as far as he could recollect, he wasn’t expecting none either.”

Molly’s Memoir is a journey through the life and times of a woman who is raised by a Seneca Indian after she is abandoned on the porch of a log cabin in the hills of West Virginia. Growing up in the isolated Monongahela Mountains, she learns about love, faith, and of the craft of healing with medicinal herbs.

The background of these stories begins in 1905 when West Virginia was wild and wooly, and continues to the later half of the 20th century, when a journalism student, who works at the Springfield Senior Care Facility, is recruited by two gray-haired, knee-high wearing women to inscribe Molly’s tales.

Stories from the past, and from when the memoir is written in 1990, are intertwined as the most memorable events of a remarkable life, are revealed with humor and a gentle touch. 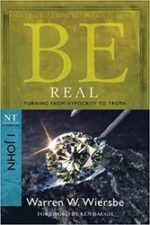 Allow Dr. Warren W. Wiersbe, pastor and Bible teacher for over forty years, to illuminate the important theme in John’s first epistle: true satisfaction is found only in relationship with Jesus Christ. Real life is not found in wealth, power, learning, or thrills but in believing the gospel, putting our trust in Christ, and being “born of God.”

Part of Dr. Wiersbe’s best-selling “BE” commentary series, Be Real has now been updated with study questions and a new introduction by Ken Baugh. Take this opportunity to dig into 1 John and discover the life that is real! 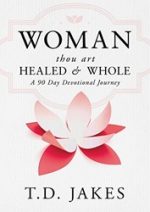 In Woman, Thou Art Healed and Whole, Bishop TD Jakes shares words of encouragement that will heal your soul and liberate your heart.

So what is holding you back from living life to the fullest?

Maybe you have experienced trauma, abuse, destructive relationships, betrayal, pain from poor decisions, unforgiveness, guilt or shame. These prisons are constantly looking for souls to claim and restrain. 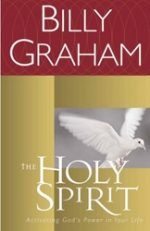 You cannot buy this extraordinary power, nor can you find it by searching the earth for it. As a Christian it resides in you already, an awesome gift from God that you have only to claim and use once you know and accept its Source.

Christians are powerful people, Billy Graham reminds us in this inspiring and insightful book, because “we have the mighty power of God available to us through . . . the Holy Spirit,” He comes to us with no conditions attached. Jesus simply said, “If I go, I will send Him to you.” 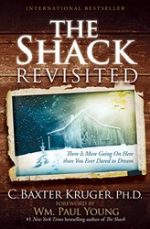 Millions have found their spiritual hunger satisfied by William P. Young’s #1 New York Times bestseller, The Shack–the story of a man lifted from the depths of despair through his life-altering encounter with God the Father, God the Son, and God the Holy Spirit. Now C. Baxter Kruger’s THE SHACK REVISITED guides readers into a deeper understanding of these three persons to help readers have a more profound connection with the core message of The Shack–that God is love. 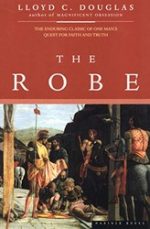 At the height of his popularity, Lloyd C. Douglas was receiving an average of one hundred letters a week from fans. One of those fans, a department store clerk in Ohio named Hazel McCann, wrote to Douglas asking what he thought had happened to Christ’s garments after the crucifixion. Douglas immediately began working on The Robe, sending each chapter to Hazel as he finished it. It is to her that Douglas dedicated this book.

A Roman soldier wins Christ’s robe as a gambling prize. He then sets forth on a quest to find the truth about the Nazarene—a quest that reaches to the very roots and heart of Christianity.