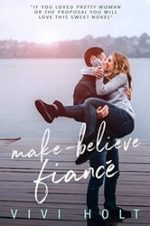 A billionaire cowboy, a divorced teacher with nowhere left to turn, and a fake engagement they thought would solve all their problems. They never meant to fall in love.

Gwen Alder is starting over — divorced and broke, she’s come to Billings, Montana for a new beginning. But waitressing in a roadside diner for the summer isn’t paying the bills, and she finds herself in over her head with no hope of catching up.

Heath Montgomery has it all — fame, fortune and a mega-watt smile, but one thing he doesn’t have is a date for his cousin’s wedding… 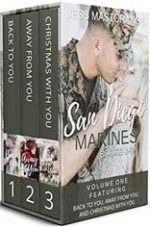 Fall in love with Hawk, Mills, and Cooper in the first three full-length books of the San Diego Marines series.

This clean, military romance series has been downloaded thousands of times and loved by many. Now, for a limited time, you can get the first three books for only 99 cents!

Book One – Back to You: He’s ready to protect his country, but protecting his heart is a little more complicated.
Book Two – Away from You: This kind of love deserves a second chance.
Book Three – Christmas with You: Fake-dating a gorgeous Marine at Christmas should be a no-brainer for Angie. Too bad he drives her nuts. 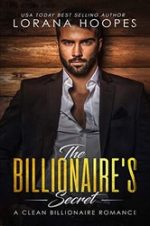 From bad boy to baby daddy?

Billionaire Maxwell Banks enjoyed his single life. Until a blast from his past shows up on his doorstep with a daughter he didn’t know he had. Now he is forced to become a father overnight and he has no idea what he’s doing. Can he change to become the role model she needs?

Alyssa Miller is the kind of person that helps out when she’s asked. And right now, Peyton needs her. Maxwell has no idea how to be a dad and Alyssa is practically Peyton’s Godmother. So she’ll work a little magic and help the two of them figure it out. Until she starts to fall for Maxwell…

The only way to find out if it’s more than a crush is to get past their own limits and open their hearts to one another. But can they do that, when Peyton’s happiness is on the line? 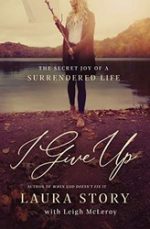 I Give Up
by Laura Story, Leigh McLeroy
KINDLE BARGAIN #ad

Most of us long to be in control—of our schedule, our relationships, and our future. Newlywed Laura Story thought she had control over the great life ahead of her. After all, she followed Jesus and had a promising new job as a worship leader. Why would God not want to fulfill her dreams?

But when Laura and her husband, Martin, faced a brain tumor, infertility, and a son’s birth defect, she realized she’d been looking for a happiness that comes from circumstances, rather than a deeper joy that comes from God. Again and again, Laura had to surrender her vision for her life so she could embrace God’s vision. 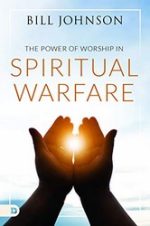 “We must declare the goodness and faithfulness of God even in the midst of our trial – even before we have an answer.”

This portion of The Supernatural Power of a Transformed Mind not only reveals how powerful worship is when warring in the spiritual realm, it arms you with supernatural powers that assure victory. 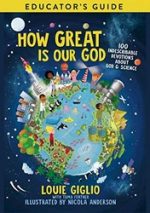 This guide can be utilized in the classroom, in a home school setting, or by parents seeking additional resources. 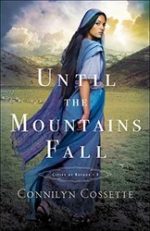 Until the Mountains Fall
by Connilyn Cossette
KINDLE BARGAIN #ad

Recently widowed, Rivkah refuses to submit to the Torah law compelling her to marry her husband’s brother and instead flees Kedesh, hoping to use her talents as a scribe to support herself. Without the protections of her father, Kedesh’s head priest, and the safety of the city of refuge, Rivkah soon discovers that the cost of recklessness is her own freedom.

Malakhi has secretly loved Rivkah for years, but he never imagined his older brother’s death would mean wedding her himself…

Check out:
(Cities of Refuge Series) 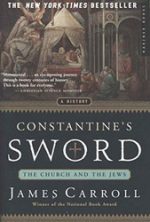 From Gospel accounts of the death of Jesus on the cross, to Constantine’s transformation of the cross into a sword, to the rise of blood libels, scapegoating, and modern anti-Semitism, Carroll reconstructs the dramatic story of the Church’s conflict not only with Jews but with itself. Yet in tracing the arc of this narrative, he implicitly affirms that it did not necessarily have to be so. There were roads not taken, heroes forgotten; new roads can be taken yet. Demanding that the Church finally face this past in full, Carroll calls for a fundamental rethinking of the deepest questions of Christian faith. Only then can Christians, Jews, and all who carry the burden of this history begin to forge a new future. 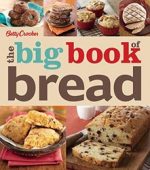 The Big Book of Bread is a complete resource for both new and experienced cooks, with more than 200 recipes and 100 color photos. New bakers will find clear and easy-to-follow instructions, tips, techniques, and how-to photos to bake a range of breads, from classic yeast breads to friendly quick breads. More experienced bakers will enjoy new flavors and techniques to add to their repertoire.