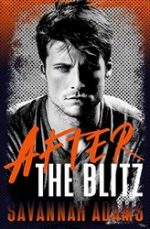 After the Blitz
by Savannah Adams
LIMITED TIME FREE #ad

An injured football star. A shy friend from his past. Will a surprise rival tear them apart?

Chip Inman’s life trajectory was always meant to lead him straight to the NFL. But a nasty head injury during his last college home game threw him into uncertain territory where memories were hard to come by.

Greta Griffin, a shy dog groomer with aspirations to train service dogs, was instrumental years ago in helping Chip Inman graduate high school. She’d had feelings for the star quarterback for as long as she could remember but didn’t run in his circles.

When Chip’s father hires Greta and her therapy dog to help Chip regain his memory, her feelings for him intensify. But when a woman claiming to be his girlfriend appears, Greta is reminded just how out of place she would be in Chip’s fast-paced football world.

Check out:
(The Inman Brothers Series) 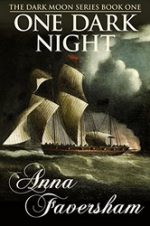 It is 1821 and smuggling is rife on the English coast. Lucy Yorton, dragged away from her privileged early life, must slave on a bleak, run-down farm. Those around her suspect she is a spy and treat her accordingly. Her problems increase when two men enter her life:

Lieutenant Karl Thorsen, sworn to avenge the murder of his father, is a King’s man. He is determined to stop the violent smugglers, hang them, and hang and gibbet one in particular.

Daniel Tynton has smuggling in his blood. Undaunted by Thorsen’s threats, he is respected and feared. The choices we make determine our futures and Lucy is torn between two determined men as the secrets and lies undermining her life are exposed.

Check out:
(The Dark Moon Series) 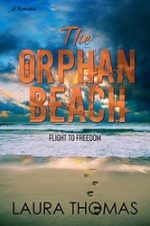 Life is spiraling out of control for pediatric nurse, Juliet Farr. Heart-broken, grief-stricken, and experiencing a crisis of faith—now she is the prime target for a crazed killer. When her ex-boyfriend, detective Max Bennett, returns to work the case in the Oregon Coast, he knows sharing the truth behind their break-up will destroy any possibility of a second chance together.

A manuscript, a maniac, and a mother’s love propel Juliet’s flight to a beach in Mexico as she desperately pursues hope and healing. Will she ever find freedom from the ache of abandonment? And when a troubled soul chooses Juliet as his perfect victim, can Max prove his love for her by risking his own life? Or will Orphan Beach be the end of their story?

Check out:
(Flight to Freedom Series) 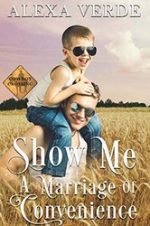 An ex-player cowboy with a little son, the boy’s shy plus-size aunt, and a reluctant modern marriage of convenience only the boy is excited about…

After three near-death experiences in one day-okay, maybe burning dinner and falling from a tree shouldn’t count-Kade Clark worries about his son’s future if he’s not around to protect him. The last thing he wants is for his son to become a bargaining chip between a con artist grandfather and a ruthless ex trying to get their hands on the family fortune. So Kade agrees to a crazy proposal from the woman his child adores. But as a former foster kid, Kade learned to walk away before getting hurt. Can he now learn to stay and love?

Heather Johnson dreams of a real marriage with the man her sister abandoned, not a fake one. But the rumor is Kade might leave their small town again and take her darling nephew with him. She’s reluctant to trust a womanizer-husband or not. If she allows love for him to ignite her heart, will her marshmallow-soft heart become roasted and burned? 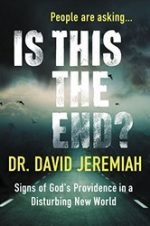 Is This the End? (with Bonus Content)
by Dr. David Jeremiah
KINDLE BARGAIN #ad

Over the last few decades, Dr. David Jeremiah has become one of the world’s most sought-after Christian leaders on topics that deal with biblical application and modern culture. And few would dispute that the pace at which things are currently changing is unprecedented. The time has come to accept this new normal, Jeremiah says, and understand how God’s hand is still at work on His eternal plan for mankind.

No one can afford to ignore these warnings, but all can better understand the greater story and the role we each play in this changing world. From prophetic clues in Scripture to an understanding of the power of Christ in all believers, this book directs us on a clear path forward. 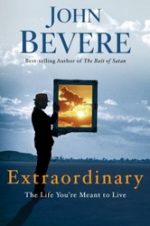 Why are we drawn to stories of heroic triumph over seemingly impossible circumstances? In our fascination with adventure movies, superheroes, and tales of incredible human feats, do we reveal an inherent desire for something larger and greater in life? Maybe what we think is a need to escape or be entertained is actually a God inspired longing…for the extraordinary. 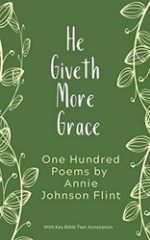 Discover the inspirational poetry of Annie Johnson Flint – a woman born on Christmas Eve 1886, and who Ravi Zacharias described as one of the greatest hymnwriters, and whose poems have been a source of comfort to millions. Annie was sadly crippled with arthritis for much of her life – but like Fanny Crosby, she didn’t let her physical limitations prevent her from leaving an incredible legacy of writing. This varied collection of one hundred poems includes the most well-known – He Giveth More Grace – and reflects an unwavering faith in God’s promises through her trials, her belief that He had a plan and purpose for her life, and a delightful appreciation of God’s creation. 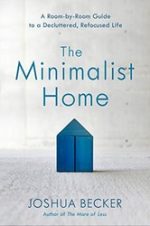 One of today’s most influential minimalist advocates takes us on a decluttering tour of our own houses and apartments, showing us how to decide what to get rid of and what to keep. He both offers practical guidelines for simplifying our lifestyle at home and addresses underlying issues that contribute to over-accumulation in the first place. The purpose is not just to create a more inviting living space. It’s also to turn our life’s HQ—our home—into a launching pad for a more fulfilling and productive life in the world. 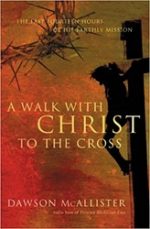 In Jesus’ walk to the cross and His subsequent resurrection, Dawson McAllister says, Jesus paid for our sins and gave hope and meaning to our lives; but in order to fully appreciate and apply these exciting truths, Christians must grasp the full significance of Christ’s life and ministry. In looking more closely at the walk Christ took to the cross both literally and figuratively, readers will come to a dramatic and life-changing understanding of the great sacrifice Jesus made. Offering readers a startling and powerful look at the Passion, A Walk with Christ to the Cross is a pivotal read: those who take it to heart will never be the same. 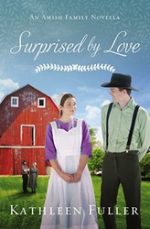 In a desperate move to evade her match-making mother setting her up with her childhood tormenter, Emily Shwartz announces that she’s already seeing someone: Reuban Coblentz. The trouble is, Reuban is barely even a friend. But seeing how desperate she is, Reuban plays along. But when the past sneaks up on them, will this temporary arrangement turn into everlasting love? 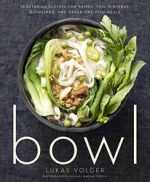 A restorative bowl of vegetarian ramen sent Lukas Volger on a quest to capture the full flavor of all the one-bowl meals that are the rage today—but in vegetarian form. With the bowl as organizer, the possibilities for improvisational meals full of seasonal produce and herbs are nearly endless. Volger’s ramen explorations led him from a simple bowl of miso ramen to a glorious summer ramen with corn broth, tomatoes, and basil…