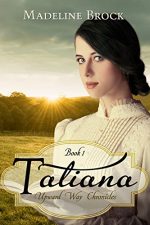 Tatiana knows who has her heart, but should she settle for the man she knows or wait on God?

Family hardship brings tough choices into the life of young Tatiana. She abandons her education and travels by train to Philadelphia. At the station, a polite, silent young man meets her but refuses to answer her questions. Tatiana’s employer, the sharp-tongued Reverend Wolfe is a widower with two needy children.

Can the outspoken Tatiana and the Reverend find a way to live in peace for the sake of his children? 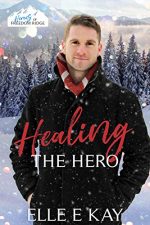 Ashley Castle jumps at a chance to show off her skills as head chef when she lands the job at Liberty Grille in the Freedom Ridge Resort. Before long, she develops a full-blown crush on her boss but ignores her growing feelings. Nothing can happen as long as his nightmare ex-girlfriend remains in the picture, so she keeps her focus on work.

Restaurant Manager, Daniel Winchester hires Ashley and can’t help but be drawn to the new hire. If it weren’t for her faith in a God he stopped trusting while serving in Iraq, he could fall for her. He can’t let that happen, though.

Check out:
(The Heroes of Freedom Ridge Series) 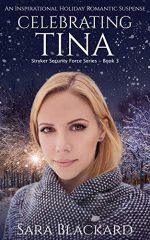 Tina West has spent her life feeling like she stood on the outside, but since taking a job at Stryker Security, life seems to be turning for the better.

Tina never imagined when she took a job as a nanny she’d end up training for search and rescue. Yet, when her boss shows up with a retired military dog and the opportunity to train with him, Tina snatches up the chance to help those who are lost. If she saves enough people, maybe she could find meaning in a life that left her with nothing but a bruised heart and a tarnished picture of family. As holiday festivities loom before her, she wonders if she’ll ever shuck the regrets that haunt her dreams and keep her from connecting with others. 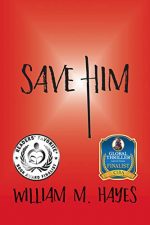 Save Him
by William M. Hayes
KINDLE BARGAIN #ad

Military scientist Rydel Scott has discovered time-travel. He also believes he has been sent a message from God—Save Jesus from being crucified.

Military scientist Rydel Scott is proud of the hi-tech gear he invents for battlefield heroes. When a secret mission involving one of his inventions goes horribly wrong, Rydel obsessively tries to learn what caused the system failure and accidentally reveals the ability to time travel. Overworked and massively sleep-deprived, he believes he has received a message from God—save God’s son. And the man of science embarks on a world-changing quest to rescue Jesus.

As he covers his tracks to journey back undetected, he neglects to factor in the consequences of a devastating butterfly effect. And he’s terrified to discover The Unit, a highly-trained team of elite soldiers, is hunting him down to stop him from making choices that could upend all of human history. 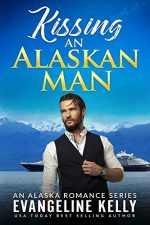 They had a second chance on an Alaskan cruise, but will they stay together this time?

Fifteen years ago, Amelia chose to run her parents’ bed-and-breakfast instead of marrying Brock, and she always regretted that decision. She’d chosen duty over love, and it left her in a lonely position. When she runs into Brock on an Alaska cruise, she’s offered another chance at love, but fearing he doesn’t feel the same way about her anymore, she is hesitant to take a risk, fearing it will lead to a broken heart.

Brock is a professor contracted to give lectures on the cruise ship over the summer. He’d dated over the years but had never gotten over his college love, Amelia. When he sees her again, he wants to rekindle that flame. But between Amelia keeping him at an arm’s distance and an ex-girlfriend who is determined to sabotage everything, he has his work cut out for him.

Check out:
(An Alaska Romance Series) 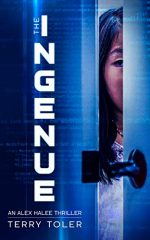 When he runs into trouble, he gets help from the most unlikely person. Bae Hwa is a thirteen-year-old North Korean girl who likes to steal backpacks. When she unknowingly gets her hands on a satchel full of nuclear codes, her entire family is in danger and she ends up in prison.

Alex is arrested and thrown in the same prison cell as Bae. It’s a race against time as he has to save them both and keep the codes out of the hands of those who want to destroy America . . . 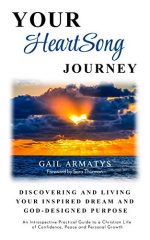 Discovering and Living Your Inspired Dream and God-Designed Purpose. What if you lived believing you’re good enough and loved no matter what? Free to live the life you deep down crave? Created with a dream and a purpose meant to be lived?

On this path of life, it’s good to know someone is there to encourage you, someone who’s struggled with similar roadblocks and questions, someone who can guide you to the truth and hidden answers of your own. As you travel through Your HeartSong Journey, Gail Armatys walks with you to help you:

Embrace your true identity and worth; Overcome obstacles that keep you stuck, distracted and discouraged; feeling empty and like you’re meant for more; Know and live your inspired dream and God-designed purpose (your HeartSong) with confidence and direction. 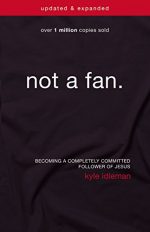 How about you: Are you a fan or a follower? Go ahead, think honestly about your relationship with God . . . but don’t answer too quickly. In fact, you may want to read this book before you answer at all. Not a Fan is your DTR with God – a “define the relationship” conversation to determine exactly where you stand.

You may indeed be a passionate, fully devoted follower of Jesus. Or, you may be just a fan who admires Jesus but isn’t ready to let him cramp your style. Then again, maybe you’re not into Jesus, period.