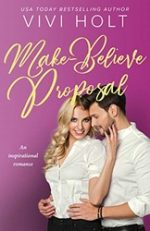 The proposal is fake, but his feelings are real. A heartwarming friends-to-true-love story.

Billionaire businessman, Roland Baker, has moved on with his life but never opened his heart to love again since losing his wife six years earlier. The nanny he hired to help raise his two girls has, piece by piece, woven the broken strands of their lives back together. So, when her ex-boyfriend breaks her heart, he’s ready to jump in with a fake proposal to help her save face.

June Green always wanted to be a nanny. She loves her position, working for the hottest billionaire in Atlanta and taking care of his beautiful daughters. When her ex-boyfriend parades his new fiancee in front of them all, she’s devastated… until Roland gets down on one knee, surprising everyone. 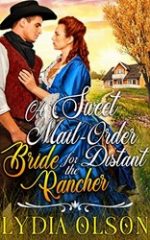 Her only choice to escape was to become a mail-order bride. He was a man who was rejecting romance. How can they fight those who want them apart when loving someone is just so challenging?

Jane has always been a dutiful daughter living with her stepfamily. When her father decides to marry her off to an older man that she knows nothing about, Jane flees. Once more, she feels their neglect. Her only option is to be a mail-order bride in the West. But, she soon realizes that her husband carries demons of his own, and ranch life is demanding. Can she make him open up and show him that love is the only way to heal wounds?

Milton is a man that finds solace in his animals. When his mother abandoned him, and his father passed away, he realized that people always leave. Now, Milton needs a bride to expand his business plan and help him with his beloved ranch. A marriage of convenience is what he needs, and romance is not what he is looking for. 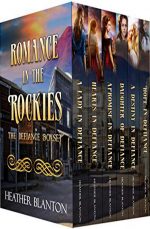 The complete collection of the bestselling Defiance books! Rich with gritty drama and historical detail, these are the stories of three beautiful, Christian sisters, ranging in ages and life experiences, who find themselves stranded in a godless Colorado boomtown. The men want to tame them. Some even want to break them. Can the sisters hold on to their faith and their hearts or will something have to give? 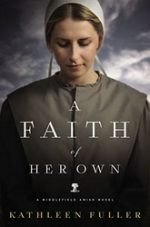 A Faith of Her Own
by Kathleen Fuller
KINDLE BARGAIN #ad

Can Anna Mae heed God’s call on her life, even if it means leaving behind everything she knows . . . and everyone she loves?

Ever since Anna Mae’s childhood friend Jeremiah left their Amish community, she’s questioned her own place in the Amish world. The Amish life feels as if it’s closing in on her, and with her mother trying to set her up with potential suitors, Anna Mae feels trapped in a life she’s not sure she wants anymore. But she’s never told anyone that she longs for a tiny taste of freedom – freedom that could be very costly.

Check out:
(A Middlefield Amish Series) 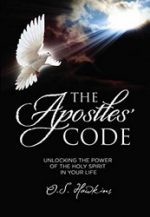 Do you have moments when you feel defeated, scared, or hopeless? The apostles must have felt that way when Jesus was crucified, because they abandoned Jesus and fled. Yet just a few weeks later they couldn’t help but boldly speak of the things they had seen and heard. What empowered them to be willing to lay down their lives for Jesus? It was the Holy Spirit who came to live in each of them at Pentecost. And He is the same Holy Spirit who lives in each of us who have trusted Him for our salvation. 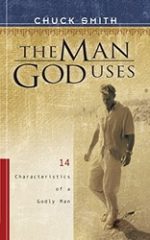 Do you want to become an instrument that God can use to accomplish His will?

In this inspiring book, Chuck Smith, examines the personal characteristics of the people God used throughout the Scriptures. What made these people so different that God chose them? With remarkable insight, Chuck reveals five essential components of prayer; the danger of a lukewarm Gospel; and the secret to the apostles’ boldness. 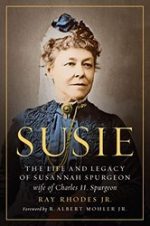 While many Christians recognize the name of Charles H. Spurgeon, the beloved preacher and writer, few are familiar with the life and legacy of his wife, Susie.  Yet Susannah Spurgeon was an accomplished and devout woman of God who had a tremendous ministry in her own right, as well as in support of her husband. Even while dealing with serious health issues, she administered a book fund for poor pastors, edited and published her husband’s sermons and other writings, led a pastor’s aid ministry, wrote five books, made her home a hub of hospitality, and was instrumental in planting a church. And as her own writing attests, she was also a warm, charming, and fascinating woman. 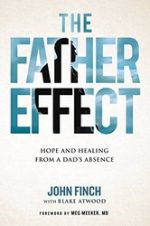 Based on the feature film of the same name, The Father Effect is a must-read for the millions of men and women who have lost their fathers through divorce, death, or disinterest.

John Finch always struggled after his father committed suicide when he was eleven, but it wasn’t until he was raising his own three daughters that he truly understood their futures relied on his coming to terms with his difficult past. To move forward, he needed to forgive both his father for choosing to leave, and himself for not being the best father he could be. 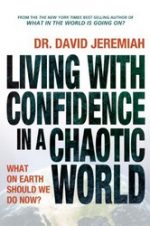 Confidence can be hard to come by these days. People are losing their jobs, their houses, and their life savings at an unprecedented rate. Violence, natural disasters, and moral depravity seem to be skyrocketing. In the midst of all this chaos, we need to know . . . what on earth should we do now?

In the follow-up to the New York Times bestsellerWhat in the World Is Going On? Dr. David Jeremiah brings a message of hope and confi dence from the priceless counsel of the Word of God.