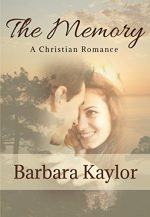 Seven years ago, Elliot Starling fired Geneva Passion, a young sales rep in his company, accusing her of unethical conduct she vehemently denied. Now, due to a head injury from an auto accident, it is the only memory Elliot has of his life. Determined to find out why, he journeys to Geneva’s small hometown of Holly Park, Florida to confront her.

Shocked by Elliot’s arrival, Geneva is forced to deal with emotions that have troubled her for seven years, including her secret crush on the man who fired her. Stepping out on faith, Geneva agrees to help Elliot regain all his memories, but is that what they really want? 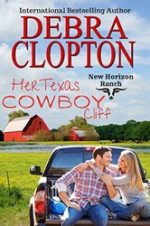 She needed someone to love her and never let her go…but she’s afraid.

Professional bull rider Cliff Masterson has been chasing his dreams for years but after rescuing a beautiful cowgirl from being trampled by a bull now he’s suddenly dreaming of love, home and hearth.

Because Maddie Rose has had enough people in her life leave and she’s not willing to risk her heart on anyone, especially a bull rider with wanderlust in his veins. Sparks fly as this determined cowboy tries to prove to this feisty cowgirl that the only thing he’s chasing now is wedding bells with her… 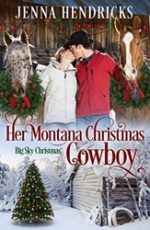 Chloe Manning’s first Christmas in Frenchtown was heartbreaking. Will Santa give her her heart’s desire during her second?

Brandon Beck left behind a woman for the benefit of his family ranch last Christmas. Now that he’s back, why can’t he get her out of his heart and mind?

When Santa and Mrs. Claus play matchmaker, will Chloe and Brandon fall under their Christmas Magic? Or will past hurts and fears keep them apart? 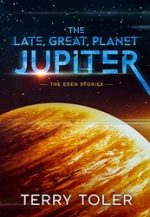 TEN BILLION PEOPLE ARE MISSING ON JUPITER. Danni Howell, a sixteen-year-old daughter of a pastor, is the only one in her family left behind. So is Mrs. Pinkerton, a prominent member of the church. Several others show up at the church the next Sunday morning looking for answers.

A couple’s baby was taken from his crib. Another’s husband never came home from work. All were feeling tremendous loss and shame not knowing that God had not given up on them.

What follows is a gut wrenching and poignant saga of survival as they must overcome the Tribulation and the New World Order to see their loved ones again at the end of seven years.

Check out:
(The Eden Series) 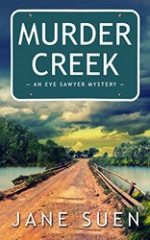 Twenty years ago, Lacey disappeared without a trace … except for her bloody scarf tangled in fallen branches at the muddy water’s edge…

Check out:
(Murder at Lolly Beach) 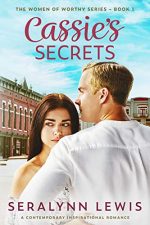 Single mom, Cassie Verano, and her two young daughters move to small-town Worthy, Ohio to be near her brother and his family.
She longs to raise her daughters without her ex-husband’s family’s controlling interference, and live in peace. When her daughters befriend two girls who are cared for by their matchmaking aunt, Cassie avoids it at all costs. It’s the last thing she needs or wants after escaping a dangerous marriage. 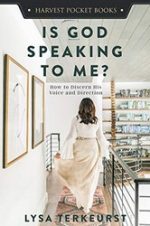 Is God Speaking to Me?
by Lysa TerKeurst
KINDLE BARGAIN #ad

Living with a deeper awareness of God’s leading isn’t just for a select few…it’s for you too! Have you ever wondered if God still speaks to us today? Or do you worry that what you’re perceiving as God’s voice is really just your own thoughts? You’re not alone.

In Is God Speaking to Me?, Lysa TerKeurst shares her own wrestling with these questions and how God has taught her to more clearly discern His direction in her everyday life. 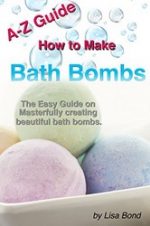 Make Your Own Bath Bombs Right at Home. You get home from a long day of work. Your shoulders are achy; your back is sore, you have tension, stress, dry skin in places, oily skin in others, sinus pain, fatigue, and nausea. There are only two cures for you. Either you have a demon inside, and you need to call an exorcist, or you need to have a nice long soak in the tub. You decide on the second option. 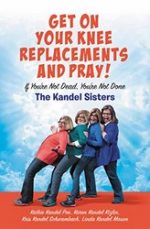 Get on Your Knee Replacements and Pray!
by Multiple Authors
KINDLE BARGAIN #ad

Blending humor and faith, the four Kandel sisters encourage senior adults to be mission focused and never let age block opportunities to serve and minister to others.

With wry humor, they inspire you to investigate possibilities for your next assignment from God. If you have retired or are considering retirement, you will chuckle as they motivate you to look into new opportunities to serve God with that unhinged schedule, wisdom gained from experience, and perhaps even some discretionary income. 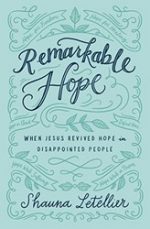 Remarkable Hope reveals a pattern of hope where individuals were surprised by Jesus in drastic ways after they placed their hope in him and were — at first — disappointed. Their stories show his work was rarely what they anticipated.

As we observe Christ’s faithful commitment to these Biblical characters who hoped in him, we are wowed by his unseen plan. We are comforted by his orchestration of circumstances and revived by his enduring presence. Remarkable Hope helps us gladly declare, like the apostle Paul, that “our hope does not disappoint us.” 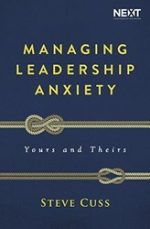 Does anxiety get in the way of your ability to be an effective leader? Is your inability to notice when you and those around you are anxious keeping you “stuck” in chronic unhealthy patterns? In Managing Leadership Anxiety, pastor and spiritual growth expert Steve Cuss offers powerful tools to help you move from being managed by anxiety to managing anxiety.