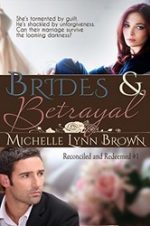 Holly and Hunter Harrison might appear to be the perfect couple – but looks can be deceiving.

The horrific death of Holly’s parents left her feeling tainted and unworthy. As she longs to come out from under the stain of their sin, she is held back by the constant whisperings in her mind that never fail to remind her who she is and where she comes from. Hunter cannot forgive his mother’s adultery and vows never to be like his father – blindly accepted the sins of others… 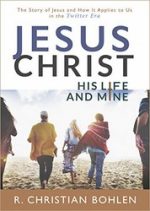 Jesus Christ, His Life and Mine
by R. Christian Bohlen
KINDLE BARGAIN #ad

The Story of Jesus and How It Applies to Us in the Twitter Era. Connect with Christ Like Never Before. What if you could witness the life of Jesus from His birth to resurrection – as if you were there?

And imagine a personal tour guide helping you understand and apply it all to your toughest problems in this complex age.

Twenty years in the making, Jesus Christ, His Life and Mine reflects R. Christian Bohlen’s award-winning skills as an instructional designer plus his thirty years in ministry and church leadership, resulting in this easy-to-read, vivid experience with Jesus Christ, the Son of God. Carefully researched and biblically based, this non-denominational book is suitable for all Christians, Bible study group participants, your family members, and friends. 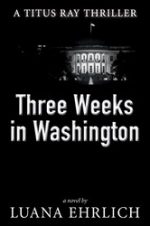 Titus uncovers a plot to attack the nation’s capital with chemical weapons. Can he convince a Syrian asset to help him stop the deadly attack?

Encountering a Shooter . . . CIA intelligence operative, Titus Ray, arrives in Washington, D.C. on the day a terrorist enters the Washington Navy Yard and murders five people. Convinced the incident is connected to a Hezbollah plot to use chemical weapons on an American city, Titus jeopardizes his own career to interrogate the killer and learn the truth.

Exposing a General . . . After the shooter reveals the identity of an Iranian deep-cover operative living in Washington, D.C., Titus embarks on an intelligence operation spanning two continents and exposing an Iranian general obsessed with destroying America. 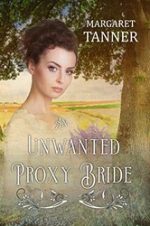 Can a broken soldier with a secret, and a grieving nurse turn their proxy marriage into a real one?

Working as an assistant to a kindly doctor, Ashley Miles encounters a sick coal miner who has been cast aside by a greedy colliery owner. She understands his plight as her father died of the miner’s disease – black lung. The doctor is returning to England, and with the scarcity of jobs for women, he persuades Ashley to become the proxy bride of a wealthy recluse…

Can their fledgling love survive once James divulges his secret? 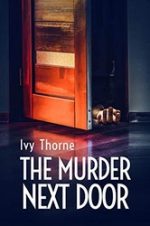 The Murder Next Door
by Ivy Thorne
KINDLE BARGAIN #ad

When Marla James discovered a dead body in the apartment next to hers years ago by coincidence, her life was tremendously affected. More specifically, it is after this chilling encounter, that she decides to become a funeral director, a job that she surprisingly still enjoys. Given her peculiar personality and her difficulty in understanding and following the social cues, this role has been a great fit for her. This is exactly why a seemingly ordinary phone call in the middle of the night, wasn’t enough of a warning for the nightmare that was about to unfold before her eyes… 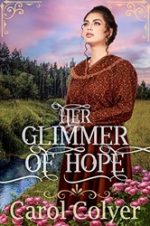 Her Glimmer of Hope
by Carol Colyer
KINDLE BARGAIN #ad

Amy has always had a hard life as from a very young and innocent age, she was the main caretaker for both of her sisters. Her cruel father drinks away his money and her mother is kept busy with his many unreasonable demands. The only thing that matters to Amy is to create a better life for her sisters. Out of nowhere, an exciting opportunity presents itself, when a letter with an interesting proposal arrives. Amy jumps at the chance to become a mail-order bride and promises to return once she is settled to take her sisters away too. Although a bit reserved and reluctant at first, Amy can’t deny the respect and admiration she feels for her future husband.

Could these emotions turn into something deeper and stronger that will heal Amy’s tormented soul? 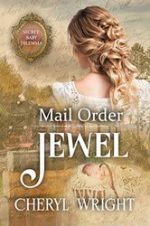 On her way to become a mail order bride, Jewel Simmons suddenly has a five-month-old baby foisted upon her. She has little choice but to take charge of her, otherwise the sheriff will deliver the child to a nearby orphanage.

Adam Harrigan anxiously awaits his mail order bride. Ordering such a person goes against the grain, but he was becoming desperate. After all, at thirty years old, he couldn’t wait much longer to produce an heir. When the stagecoach finally arrives, he is aghast. How dare she turn up with another man’s child? 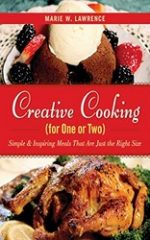 Creative Cooking for One or Two
by Marie W. Lawrence
KINDLE BARGAIN #ad

Just because many of us live the life of singles or doubles doesn’t mean we should deny ourselves one of life’s finer pleasures: delicious, home-cooked meals! Move over, fast food . . . and watch out, takeout! Creative Cooking for One or Two has arrived. With recipes for soups, salads, entrées, baked goods, and desserts, there’s something in here for everyone (or two) looking to prepare meals that are tasty, satisfying, and won’t leave you with excessive leftovers. 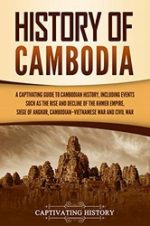 Did you know that Cambodia is home to Angkor Wat, the world’s largest religious building?

In 2009, a Cambodian historian took several walking tours of the war-ravaged country. He took photos, and one shows a discarded broken Buddhist statue lying in the green grasses beneath his feet. The artifact possibly dates back to the 1st century CE. Yet it lay there abandoned, instead of being housed in an honored place inside a glass cabinet in a museum. Scholars bemoan the fact that the deeds and even the names of Cambodian kings from its early times have faded like ghosts into the ethereal world of unwritten history.