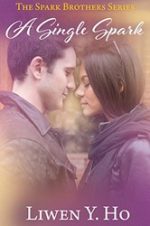 A pop singer running from his past. A deejay who’s given up on men. And the wrong number text that sparks disaster and romance.

Former boy band hottie, Aiden Spark, distanced himself from everything he valued – faith, family, and fame – when he lost his girlfriend. A decade later, he’s still hiding behind his grief when he accidentally texts a woman who’s all too curious about his identity.

Burned by the men in her life, deejay Abby Dearan has chosen to focus on her newfound faith in God and use her radio presence for good. Her plans are thwarted though when a text message – and the irritating man who sent it – won’t leave her in peace…

Check out:
(The Spark Brothers Series) 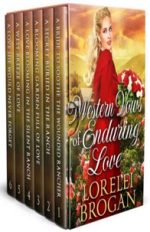 “I really enjoyed these books. The stories were interesting and heart felt. Some areas just made you laugh out loud. When the couples come together after their own personal trials it makes you feel their happiness. Great writing.” by Amazon Customer 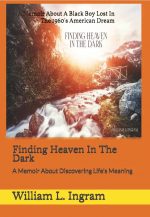 Can you imagine overcoming painful life circumstances and learning to forgive your past? Can you imagine a lasting faith that heals with love and peace of mind as a way of life?

William L. Ingram’s odyssey of rebellion and redemption led to his discovery of these life saving and life principals. The spellbinding odyssey he recounts occurred during the turbulent racial and political storms in 1960’s America. Spanning his formative years as a Black, fatherless boy of the post World War II Baby Boom Era the author has penned an honest, passionate, and inspirational memoir.

William L. Ingram is the name on his Birth Certificate, but it’s not the name he grew up with! This award winning true story of his troubled teen years, his desertion from the Marine Corps in 1967, and his cross-country odyssey as a 17 year old fugitive reads like a prodigal tale.

“This is the story of a remarkable man and his journey from runaway to redemption.” by Amazon Customer

Reeling from a broken engagement that resulted in a small town scandal, ER nurse Julie Crain just wants to be left alone over the Fourth of July Holiday weekend. But when single dad, Derek Ryerson and his young daughter need a place to stay to recuperate from a car accident, Julie can’t ignore their plight. She knows she needs to protect her heart, but little Lexi needs love and support.

Derek is the strong silent type, insisting on helping despite being injured. He seems too good to be true, and maybe he is. Because she soon realizes the former soldier has a secret that could tear them apart forever. 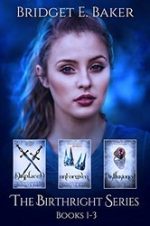 Grab the FIRST THREE BOOKS for the price of only two books in this box set!

Publisher’s Weekly said, “Displaced pulses with exciting incident, and even though this is the first book in a series the climax is consequential and exciting, even as it entices readers with the promise of more. Baker’s writing is swift but potent, and scenes of action and romance both prove exciting. Chancery’s exciting choices power the narrative from start to epic climax.” 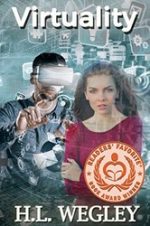 What would you do with innovative technology that could make you the next Bill Gates but could unravel the fabric of civilized society?

“Don’t sell Virtuality. Jess can help.” His brother Paul’s dying words to Vince van Gordon, a struggling author who can’t write happy endings, inherits controlling interest in Virtuality, a growing high-tech company with a mysterious product the US Army classified Top Secret. Paul’s last words force Vince to return home to Seattle to run Virtuality and face the girl he walked away from seven years ago. Can Vince, once again, endure being eclipsed by Paul’s larger-than-life shadow, a shadow that cost him the woman he loves? 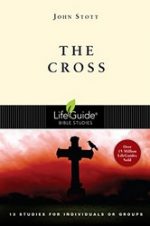 The studies in this guide, based on John Stott’s book The Cross of Christ, are designed to bring us to the heart of the cross with an understanding of what was accomplished there on our behalf.

We begin with an individual perspective but move on from there into a deeper understanding of what it means to live as a community under the cross. Our worship, our call to mission, our ability to love our enemies and to face the perplexities of suffering–the cross transforms everything!

New discoveries are constantly being made as archaeologists work to uncover the ancient history of the Bible lands to tell a more complete story of the people, customs, and events of that era. Archaeologist Steven Collins and Bible scholar Joseph M. Holden have spent decades making and researching those discoveries and now offer a wealth of information based on the latest findings.

Check out:
(The Harvest Handbooks Studies)