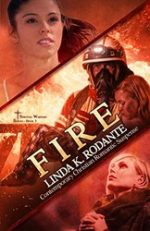 When a violent gang re-organizes, an undercover cop could lose everything… including the woman he loves.

Following a gang war, the undercover cop known as Patriot is forced to flee his hometown and assume a new identity. When the gang re-organizes and threatens a friend, Patriot – now a firefighter – returns to face them. Chloe Swearingen confines herself to the fast pace of the ER and away from interpersonal relationships – for a reason she keeps to herself…

“This is a marvelous collection of three of Abigail Agar’s best loved historical clean and sweet romances. Each book has some unusual event or stroke of fate that brought couples together that otherwise would likely have never crossed paths. There is plenty of mystery, danger, courage and of course romance.” by Amazon Customer 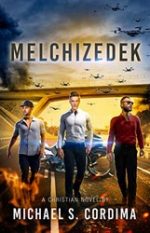 Enter the world of a not too distant, but all too familiar future. One filled with new technologies, political intrigue, and strange spiritual occurrences while taking the opportunity to examine yourself and your faith…

The year is 2033 and something is happening in Washington State. In the midst of an electoral crisis, the U.S. Supreme Court has been forced to take action, using the judicial system to keep the peace until a new President can be appointed.

In the chaos that ensues, thousands of Americans riot in the streets while unseen forces plot to destroy an ailing nation. As Seattle burns, one man is sent on a mission to uncover why a group of prosperity churches has retreated to northern Spokane, using a 3-D construction device to build a wall overnight, separating themselves from the rest of the world. Join a haunted journalist on his quest for answers, a believer on a mission to share the truth of the Gospel to any that have ears to hear, and a determined atheist who will stop at nothing to save his country as he finds himself in the fight of his life while the future of the free world hangs by a thread called Interstate Five. 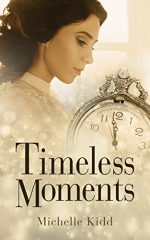 What’s hidden in the dark will be brought to light…

When Jewel Wiltshire marries, she vows to love, honor, and obey. Little does she know that her husband’s secrets will push her faith far beyond anything she can imagine. For two years she remains a prisoner until a mysterious stranger appears offering friendship and hope.

Jack Vines has the Victorian home of his dreams–or so it seems until he discovers an intriguing beauty lurking in the shadows. Stunned, he finds they share the house but live a century apart. She is a prisoner of the past, shrouded in a world of dark mysteries. He holds the keys that will protect their future.

When her letters suddenly stop, can he unravel the mystery that threatens to alter both their lives forever? 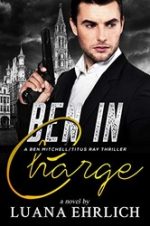 CIA operative Titus Ray knows nothing about his next assignment. Nothing except the person in charge of the operation will be Ben Mitchell.

It’s a simple mission… Ben, as head of an operational team that includes Titus, will escort Boris Khrasnoff, a Russian defector, and his daughter back to the U.S.

It has a clear objective…

Check out:
(Ben in Love) 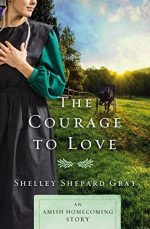 After the death of her Englisch husband, Irene Keim seeks a fresh start by staying with her new friends Mary Ruth and Henry Wengerd in exchange for helping them around the house. But when Mary Ruth and Henry’s son Marcus comes around, he isn’t pleased with the woman they’ve taken in and is determined to push her out. Misunderstandings abound, but both Irene and Marcus learn that people aren’t always what they seem. 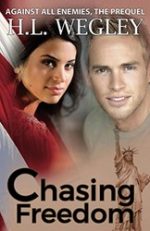 How far would you be willing to go if you were chasing freedom?

When Allie Santiago, international scholar at Oregon State University, and her family are captured and labor trafficked by the same drug cartel that drove her father from Mexico, she learns the cartel thugs plan to sell her to human traffickers. Allie escapes, running a marathon through the mountains of Northern California, and collapses in the arms of Jeff Jacobs, a disgraced Olympic decathlete who wants to regain both his honor and his former glory. When Jeff’s actions engage the FBI and US Marshals to protect Allie and free her family from the cartel, a war breaks out in the mountains along the Oregon-California border.

Check out:
(Against All Enemies Series) 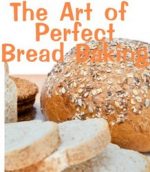 Making bread requires little more than your hands, an oven and patience. The recipe for success is simple; time and warmth are all it takes to transform a few basic ingredients into springy silky dough that bakes to a crackly, crusted loaf. It is like most things- easy when you know how, with practice makes perfect.

The more you make bread, the better your bread will be. 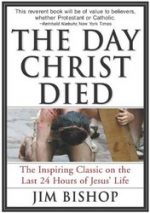 This is a book about the most dramatic day in the history of the world, the day on which Jesus of Nazareth died. It opens at 6 P.M. – the beginning of the Hebrew day – with Jesus and ten of the apostles coming through the pass between the Mount of Olives and the Mount of Offense en route to Jerusalem and the Last Supper. It closes at 4 P.M. the following afternoon, when Jesus was taken down from the cross. . . . The fundamental research was done a long time ago by four fine journalists: Matthew, Mark, Luke, and John.

My Glimpse of Eternity
by Betty Malz
KINDLE BARGAIN #ad

In this bestselling, beloved true story, twenty-seven-year-old Betty Malz was pronounced dead. Almost thirty minutes later she returned to her body–to the amazement of her grieving family and the stunned hospital personnel.

This is her amazing account of what she saw, felt, and heard on the other side of the dividing wall that we call death. And it’s the moving, real-life story of how God changed a young mom who had to die to learn how to live. 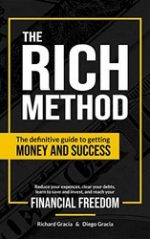 In this book, we’ll show you all the tricks and secrets rich people use to generate money and keep their bank balances growing. All the things we should be taught at school about how to manage our money, but that rich people, banks and the government don’t want us to know!

The old “study hard and get a good job” is outdated. You can never be free working over eight hours a day, in a job that doesn’t motivate you, for peanuts.