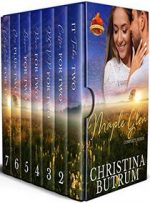 Welcome to Maple Glen, where the Mitchell siblings are all about to learn that love has a way of finding you when you least expect it. From falling in love with the boy next door, the new cop in town, and the troubled mechanic with a heart of gold, the one thing that doesn’t change is the matchmaker behind it all. 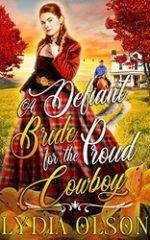 From Boston to rugged Colorado, Pauline never imagined that family can be found so many miles from home. How can she fight the uphill battle that stands between her and her destiny?

Pauline is a young rich woman who loves reading as an escape from her reality. When her family arranges a marriage with an older man who is after her money, she flees. She becomes a mail-order bride, and on this ranch in Colorado, Pauline meets her destiny. But she deliberately hides her origins from her husband. How can she open her heart and fall in love?

Denver is an isolated rancher who lives with his brothers in a secluded ranch. When he realizes that time’s running away, he seeks for a bride just so he can keep his family and ranch in check. He never expected though he’d meet a woman like Pauline. Soft around the edges but definitely a hard case to crack, she’s determined to guide him out of oblivion. How can he trust this woman with this heart when his scars are still aching? 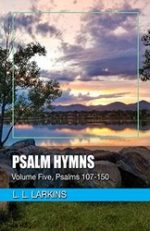 ON SALE TODAY! In this volume of the Psalm Hymns series, you are offered a method for singing and sharing the Biblical Psalms of pilgrimage and ascent. Celebrate and dance! Maybe your favorite psalm is included.

There are some sticky psalms, like Psalm 119- King David’s love poem to God’s law. You can ask yourself while singing it, why the law is important to a King. Psalm 137 is full of bile and bitterness, written by the remnant captives after the desolation of Jerusalem. But there are also the most lyrical and beautiful of praises for the eternal rule of God found in the Psalms of Ascent and in Psalm 107 and Psalm 136.

Psalm 139 is the lyrical ode and articulate description of God knitting our bodies together in secret, and how He watches over and cares for us no matter where we go. Though you’ll find a lot of history in the Psalms, celebration Psalms finish out the entire book of Psalm Hymns series as a grand finale. 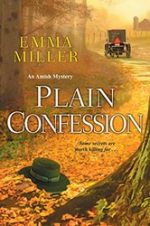 Rachel didn’t know Daniel Fisher well, but it still comes as a shock when her fiancé, a state trooper, tells her that the young Amish man’s death may not have been a hunting accident. The police believe he was murdered and they need Rachel’s help telling the family. But when she does, they don’t seem upset or even surprised. Even more unsettling, Daniel’s brother-in-law confesses – while his mother begs Rachel to prove his innocence. But why would he give a false confession? Who is he trying to protect? 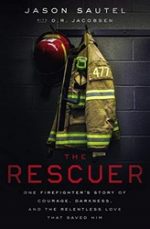 He helped save people every day – but he had no idea how to save himself.

Jason Sautel had it all. Confident in his abilities and trusted by his fellow firefighters, he was making a name for himself on the streets of Oakland, California. His adrenaline-fueled job even helped him forget the pain of his childhood – until the day he looked into the eyes of a jumper on the Bay Bridge and came face to face with a darkness he knew would take him down as well. 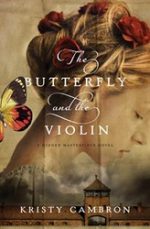 The Butterfly and the Violin
by Kristy Cambron
KINDLE BARGAIN #ad

Manhattan art dealer Sera James watched her world crumble at the altar two years ago, and her heart is still fragile. Her desire for distraction reignites a passion for a mysterious portrait she first saw as a young girl–a painting of a young violinist with piercing blue eyes.

In her search for the painting, Sera crosses paths with William Hanover–the grandson of a wealthy California real estate mogul–who maybe the key to uncovering the hidden masterpiece. Together Sera and William slowly unravel the story behind the painting’s subject: Austrian violinist Adele Von Bron.

Check out:
(A Sparrow in Terezin) 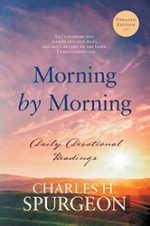 Charles H. Spurgeon’s devotionals Morning by Morning and Evening by Evening have inspired, encouraged, and challenged Christians for generations. Spurgeon, with his masterful hand, carefully selected his text from throughout the Bible and covered a broad range of topics, in order to present a well-balanced and fruitful daily devotional for readers both young and old. 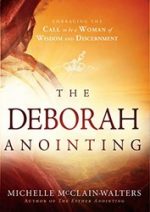 The Old Testament describes Deborah as a mighty combination of judge, intercessor, prophetess, mother of Israel, and military strategist. Deborah broke outside of her culture – not out of rebellion, but in obedience to God to set her people free. As in biblical times God is calling today’s women to a purpose greater than themselves. The Deborah Anointing shows you that although you may have been trapped in tradition and locked into captivity by cultural and gender prejudices, God desires for you to break through these barriers. Now is the time to embrace the fullness of your purpose! 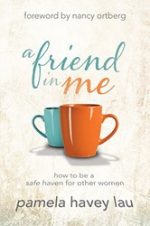 A Friend in Me
by Pamela Havey Lau
KINDLE BARGAIN #ad

In A Friend in Me, Pam Lau shows you how to be a safe place for the younger women in your life. She offers five patterns women need to internalize and practice for initiating relationships and talking about issues such as faith, forgiveness, sexuality, and vocation. Most significantly, she reminds you that there doesn’t need to be a divide between generations of women. Together, we can have a global impact—and experience a deeper faith than we’ve ever known. 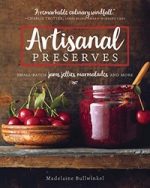 A how-to guide that is perfect for eager cooks and seasoned preservers alike, providing one-hundred foolproof recipes for jams, jellies, marmalades, and more. For those new to the craft, it includes a primer on the history and basic technique of preserving. Experienced canners will appreciate new flavor combinations—such as Lime Zucchini Marmalade and Blackberry Ginger Preserves—as well as forty recipes for breads, muffins, and desserts that make good use of your new jams and jellies.