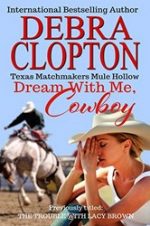 Love is in the air…and the hair – or so wacky hairstylist Lacy Brown believes when she swoops into Mule Hollow. The town placed an ad for wives, and Lacy’s salon is going to guarantee pretty ones! The moment cattleman Clint Matlock meets the spitfire stylist, he can tell she won’t last. Attractive women just don’t stick around dusty cow towns; his mom certainly hadn’t. But Clint never expects Tornado Lacy to set his emotions spinning. Perhaps the trouble with Lacy Brown is that her last name should be Matlock. 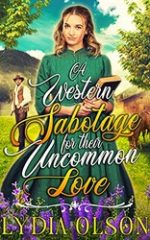 She is a poor young woman with no one else in the world. He is an adopted son with no passion in his life. How can they finally become husband and wife when a man in the family wants to drive them apart?

After losing her parents to a disease, Marjorie’s life wasn’t a primrose path. Her bitter aunt makes everything to make her as difficult as possible. When she found out that she was planning to marry her for her profit, Marjorie takes the biggest decision of her life. Desperate to escape, Marjorie decides to run away and marry a stranger, but is this a wise move to make?

Christopher has grown up as the adopted child of a rich horse rancher. Meeting Marjorie sends thrills down his spine and makes his heartbeats in uncommon ways… 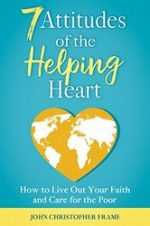 7 Attitudes of the Helping Heart:
How to Live Out Your Faith and Care for the Poor
by John Christopher Frame
KINDLE BARGAIN #ad

Want to shower the world with God’s love? Feel like you should do more for the poor but aren’t sure where to start?

In this book, author John Christopher Frame, PhD, having encountered poverty around the world, will help you on your journey of putting your faith into action. With Frame’s thoughtful, down-to-earth, deep dive into Christian living, you’ll feel closer to God and more empowered to care for others.

7 Attitudes of the Helping Heart: How to Live Out Your Faith and Care for the Poor is a captivating, easy-to-read book designed to show you how to keep your faith central in all you do. Through compelling stories and practical teaching, you’ll learn how to better love and support those in need. 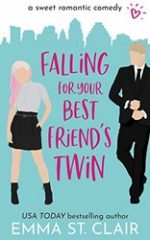 There are a million and one reasons not to fall for her best friend’s twin. Too bad love isn’t reasonable…

He may make her geeky heart beat faster, but Abby’s crush on Zane needs to die. Not only is he her best friend’s twin – an epic violation of friend code – but he’s her total opposite. Oh, and right now? He’s also her client.

Zane’s startup has enough headaches. He doesn’t need the added stress of having his sister’s irritatingly adorable friend taking over his office and getting under his skin–in more ways than one. His company’s launch may rest on Abby’s shoulders, but the cost to Zane’s sanity and his heart might be too high. 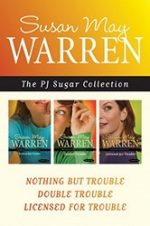 This collection bundles all 3 volumes of Susan May Warren’s delightful PJ Sugar series together in one e-book, for a great value!

“I love PJ Sugar! Having all three volumes in one place is perfect for binge reading. Fans of Evanovich will love this clean read with a spunky, sassy heroine.” by Amazon Customer 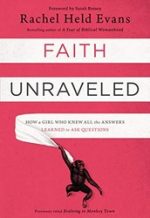 Eighty years after the Scopes Monkey Trial made a spectacle of Christian fundamentalism and brought national attention to her hometown, Rachel Held Evans faced a trial of her own when she began to have doubts about her faith.

In Faith Unraveled, Rachel recounts growing up in a culture obsessed with apologetics, struggling as her own faith unraveled one unexpected question at a time.

Unveiling the Past
by Kim Vogel Sawyer
KINDLE BARGAIN #ad

Newlyweds Sean Eagle and Meghan DeFord are no strangers to pain and loss. As cold-case detectives, they know intimately the anguish family members endure after the murder or disappearance of a loved one. But when a new case hits too close to home, it threatens to pull loose the fragile cords of their young marriage.

Sheila Menke was just a girl when her father left for work and never returned. An investigation revealed he had embezzled enough to start a new life elsewhere, but Sheila could never accept the court’s criminalization of her father… 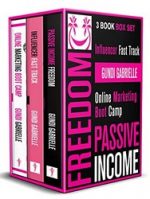 All covered in this Award Winnning 3-Book Box Set of the Influencer Fast Track Series! More than 2,400 reviews on Amazon for all books combined!! Learn how to start a passive income business online!

How to build a respected Influencer & Thought Leader platform in only 6 months! And create an easy to execute online marketing strategy on a bootstrap budget.

• as a complete newbie • without a any followers yet • on a bootstrap budget • while having fun in the process!! 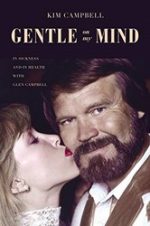 Gentle on My Mind
by Kim Campbell
KINDLE BARGAIN #ad

The page-turning, never-before-told story of Kim Campbell’s roller-coaster thirty-four-year marriage to music legend Glen Campbell, including how Kim helped Glen finally conquer his addictions only to face their greatest challenge when he was diagnosed with Alzheimer’s disease.

Kim Campbell was a fresh-faced twenty-two-year-old dancer at Radio City Music Hall when a friend introduced her to Glen Campbell, the chart-topping, Grammy-winning, Oscar-nominated entertainer. The two performers from small Southern towns quickly fell in love, a bond that produced a thirty-four-year marriage and three children.