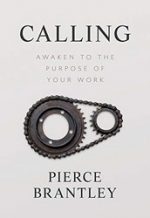 Calling:
Awaken to the Purpose of Your Work
by Pierce Brantley
LIMITED TIME FREE #ad

Men today long for a calling but often settle for the next best thing: a job. They aspire for a higher purpose but still have bills to pay and family to support. But what if men could find their calling in the work they are already doing?

In his new book Calling: Awaken to the Purpose of Your Work, author Pierce Brantley uses practical language and shares actionable steps to show men how to redefine the purpose of their work and discover what it means to have a “called career.”

Brantley shows men they can find a meaningful connection with God in the work they are doing right now. Men were designed for this partnership, and once they embrace it they will be awakened to the true purpose of their work—not just a career but a calling. 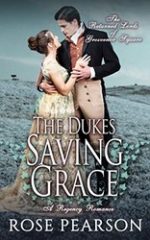 Deborah would gladly spend her life saving others. It could be though that the one she wants to save the most is one that is beyond her reach.

Through the war, Deborah found her purpose. With the abbey she was raised in opened up to the wounded, she found no shortage of need for her calming smile, quick mind, and skill at tending to the sick and injured.

She couldn’t imagine that with the war winding down, her life wouldn’t just continue in the abbey as she gets ready to take her vows and become a nun…

Check out:
(The Returned Lords of Grosvenor Square Series) 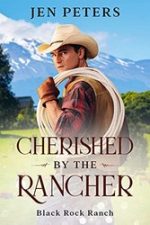 Cherished by the Rancher
by Jen Peters
KINDLE BARGAIN #ad

A bossy cowboy. A single mom in hiding. Life at Black Rock Ranch just might explode.

Maddy Johnston wants one thing: safety for her and her daughter. She finds it in the back of beyond at the Black Rock Ranch, as long as she can keep her identity a secret. But her ex is on her trail, and the rancher she’s falling for prizes honesty. Not good when he doesn’t even know her real name.

Adam Black likes to be in control of everything: his livestock, his ranch, his life. He handles it well until a new accountant shows up. He’s mesmerized by Maddy’s glorious curls and luscious smile, but he has too many worries to have time for love – especially now that his father is having difficulties. 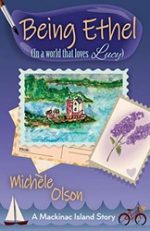 Being Ethel: (In a world that loves Lucy)
by Michele Olson
KINDLE BARGAIN #ad

1979 is getting on Piper Penn’s nerves. Struggling to survive past tragedies, she finds comfort in Old Hollywood movies in her native San Francisco. Seeing no reason to adhere to man-made rules after her first-hand look at the ultimate in hypocrisy, Piper does what she wants, and trouble follows.

An unexpected inheritance on a tiny Midwest island in the Straits of Mackinac provides an escape. The mandated stay at the island’s glorious Grand Hotel gives her spirits a much-needed boost, especially when she catches the eye of a handsome groundskeeper. Taking part as an extra during the filming of the island movie Somewhere in Time adds to her excitement about this turn in her life…

“What happens when you combine a love of Lucy, Nora Ephron, Old Hollywood, and the desire for true faith? You embark on an unforgettable 1979 journey to magical, Mackinac Island.”

Check out:
Being Dorothy: (In a world longing for home) 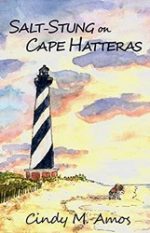 Can anyone live on the shore without being salt-stung along the way? Find out if heartache always lurks beyond the shore break. Or if can love triumph over time and tide. 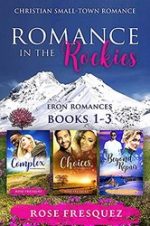 Three full length Christian small-town romances with interracial characters. You will fall in love with the people, community, and heartwarming stories of Eron and its Outsiders in the Rocky Mountains of Colorado.

“I loved each one of these three books. Each one had their own romance, troubles, heartache, and laughter. The three stories have some wonderful characters that show up in more than one book. I look forward to the release of the fourth one!” by Amazon Customer 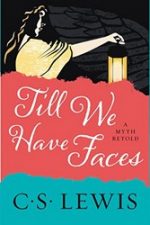 Till We Have Faces
by C. S. Lewis
KINDLE BARGAIN #ad

C. S. Lewis—the great British writer, scholar, lay theologian, broadcaster, Christian apologist, and bestselling author of Mere Christianity, The Screwtape Letters, The Great Divorce, The Chronicles of Narnia, and many other beloved classics – brilliantly reimagines the story of Cupid and Psyche. Told from the viewpoint of Psyche’s sister, Orual, Till We Have Faces is a brilliant examination of envy, betrayal, loss, blame, grief, guilt, and conversion. In this, his final – and most mature and masterful – novel, Lewis reminds us of our own fallibility and the role of a higher power in our lives. 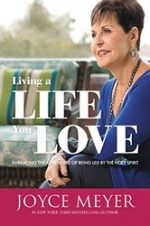 You may say that you love your family, your spouse, your church, or the Lord. You may also express love for more temporal things like a good cup of coffee, your home, or a nice dinner at your favorite restaurant. But it is rarer to truly say “I love my life!”

It’s common to be more frustrated with life than at peace with it, because the daily grind wears you down. Responsibilities and burdens become heavy and rob you of the happiness you’re meant to have as a child of God. But you can be hopeful, learn to rise above your challenges, and be filled with wonder at what God might do every day. 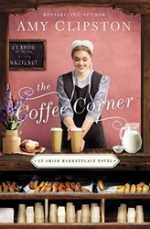 Alongside her cousins who have booths of their own, Bethany Gingerich runs a busy and successful coffee and donut stand at the Amish market. Since she has café-style tables and chairs, her regular customers enjoy purchasing a morning treat so they can sit and talk to their friends.

Micah Zook and his grandfather, Enos, visit Bethany every Saturday morning to purchase coffee and donuts before going to work at Enos’s custom outdoor furniture shop. Bethany enjoys talking to Micah and Enos, and she’s always thought Micah was handsome—but she doesn’t think her crush will ever result in anything more.

Check out:
(An Amish Marketplace Series) 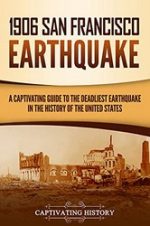 Did you know that the 1906 San Francisco earthquake is thought to be one of the deadliest earthquakes in history?

In the early morning of April 18th, 1906, in San Francisco, California, the ground heaved up. Buildings swayed like blades of grass and collapsed, and soon after, fires consumed everything in their path. It is believed that around three thousand people died, and almost all those left standing after the ground settled had become homeless.