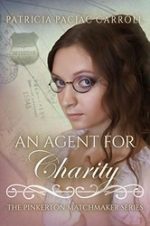 Charity’s escapades have only been between the pages of books, Seth is a man with a temper.Together, they just might discover the love they’ve been looking for.Charity found the ad to become a Pinkerton detective and knew it was her chance to break out of the pages of the books she read and live a life of adventure. She knew all about being a detective. She’d read countless books about it. After all, how hard could it be?

Seth is a good Pinkerton detective. A little rough on the outlaws that he brings in. It’s his temper. When lead detective, Archie Gordon, demands his agents are to be paired with new recruits, Seth is disgusted. When he finds out they’re women, he’s ready to quit. Except he’s broke… 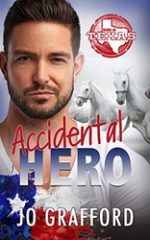 Once burnt, twice shy, never again! He needs a job, she’s trying to save her family’s ranch, and neither of them is looking for an explosive attraction to complicate things. Sure the chemistry between them is real, but the timing is off – way off!

Army Ranger Matt Romero allows his ex-fiancée to pressure him into leaving the military during a whirlwind relationship, only to be dumped by her at the altar. During a road trip across Texas for a job interview, he stops to rescue an injured woman from a collision. Her intriguing plea before the ambulance arrives makes him linger in town a few extra hours.

Bree Anderson and her brother, Brody, are barely keeping their ranch afloat after a failed joint business venture with her ex-fiancé… 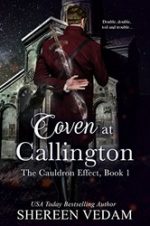 A kidnapped child. A witch on the warpath. A church guard in crisis.

In 1815, Thomas Drake Saint-Clair, Earl of Braden, a Guard of the Green Cross, is tasked by his archbishop to rescue a missing boy and return him to his warlock father. The order lands Braden in the middle of an unholy war between witches and warlocks and shoves him headlong past a sacred line he’d sworn never to cross.

Newly confirmed Coven Protectress, Merryn Pendraven, rushes to rescue a witch’s son. She’s convinced the same evil warlock who was responsible for her younger brother’s death is behind this kidnapping, too. She has no intention of letting this vile villain get away with the same crime, twice.

Check out:
(The Cauldron Effect) 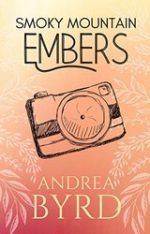 God had different plans for Cade and Lucille – plans which did not include one another. Yet, here they are… in each other’s lives… their old stomping ground up in flames.

As devastation threatens, can the two overcome their differences to survive the tragedy? Will they discover that God had a plan all along? 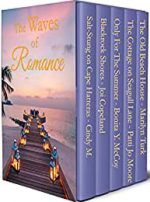 Brush the sand off your towel and settle in to read this 2021 collection of beach romances by Winged Publications! All the sights and sounds of the shore come alive in these five contemporary novellas where sweet affections battle against time and tide. Treat yourself to some great summer reading by downloading this 5-in-1 set. Let the tan lines begin! 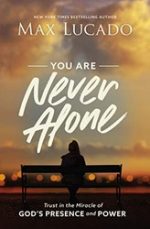 You Are Never Alone
by Max Lucado
KINDLE BARGAIN #ad

In You Are Never Alone, Max will help you: Realize that Jesus is walking with you and lifting you out of your storms; Dwell in the grace of the cross, the miracle of the empty tomb, and the assurance of restoration power; Believe that God is your ever-present source of help; Recognize that you are never without hope or strength because you are never, ever, alone. 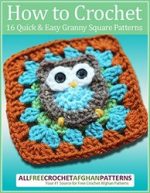 How to Crochet
by Prime Publishing
LIMITED TIME FREE #ad 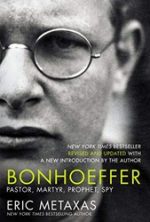 As Adolf Hitler and the Nazis seduced a nation, bullied a continent, and attempted to exterminate the Jews of Europe, a small number of dissidents and saboteurs worked to dismantle the Third Reich from the inside. One of these was Dietrich Bonhoeffer – a pastor and author. In this New York Times best-selling biography, Eric Metaxas takes both strands of Bonhoeffer’s life – the theologian and the spy – and draws them together to tell a searing story of incredible moral courage in the face of monstrous evil… 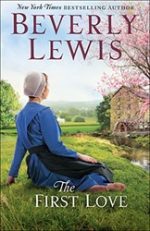 It’s the summer of 1951, and Maggie Esh is in need of some hope. Sweet-spirited and uncommonly pretty despite struggling with chronic illness, she is used to being treated kindly by the young men of her Old Order Amish church district. Yet Maggie wishes she were more like other courting-age girls so she could live a normal, healthy life. 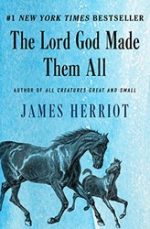 When World War II ends and James Herriot returns to his wife and new family in the English countryside, he dreams mostly of Sunday roasts and Yorkshire puddings, but new adventure has a way of tracking him down. Soon Herriot finds himself escorting a large number of sheep on a steamer to Russia, puzzling through the trials of fatherhood, and finding creative ways to earn the trust of suspicious neighbors who rely on him for the wellbeing of their beloved animals.

Check out:
(All Creatures Great and Small Series)