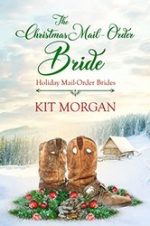 Sheriff Clayton Riley asked for a pair of boots for Christmas, not a mail order bride! Unfortunately for Clayton, his brother and mother figured a bride would look better on him than a new pair of boots! After all, he’d been sulking around long enough after the death of his wife, and his family decided it was time to take matters into their own hands and see to it Clayton had a very merry Christmas! 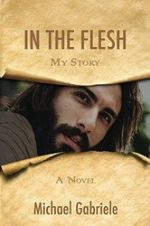 In The Flesh – My Story
by Michael Gabriele
KINDLE BARGAIN #ad

Experience Jesus’ life through HIS eyes in this one-of-a-kind, first-person novel that holds true to the gospels, all from our Hero’s own perspective.

Relive the greatest story ever told through the eyes of the one who cured the incurable and walked on water… who challenged both religious and political establishments… who suffered all the brutality of a Roman crucifixion… and who victoriously abandoned his tomb. Let Jesus lead you through a riveting adventure that deeply explores his personal thoughts, joys, fears, frustrations, even his most profound prayers as he walked this earth in the flesh – fully divine and fully human, on a mission to save mankind.

Prepare to experience a life you never completely contemplated. Dare to walk with Christ through a sacrifice you never ventured to appreciate. Savor a love you will never fully fathom. 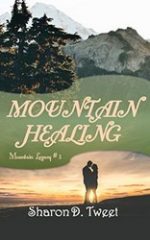 Two years after the death of her husband, Madalyne turned to the tranquility of the mountains as she sought the Lord’s direction for her next steps moving forward. She never expected to stumble upon the past.

Matthew left his worldly ways behind him when he relocated to the mountains. Although one woman would forever captivate his heart, he was content with his solitary bachelor’s life, serving the Lord and his community. Never did he expect to see her again.

It’s been more than thirty years. Neither envisioned the sunset shores of the Pacific past washing upon the trails of big sky country. Until one autumn day… 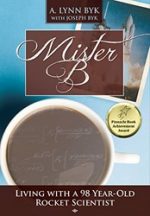 Mister B could care less about being politically correct. By the time you finish reading about him, you will know how to live a carefree existence.

Best Memoir, 2016. A surprising odyssey begins when a chauffeur-cook on the verge of financial ruin decides to help a 98-year-old rocket scientist. The old man decides to teach her a few of his own life lessons, namely how to live forever.

Born in 1916, to a Polish-speaking mother, physicist Joseph Byk began his early schooling in rope-tied-baggy-pants-poverty. He was every teachers’ dreaded student, however, he aspired to design vehicles that defy gravity. Joseph B IS the loveable, bumbling scientist portrayed in Nevil Shute’s romantic character, Mr. Honey, (Jimmy Stewart) in the movie, No Highway in the Sky.

Here is the story of a forgotten stress engineer whose philosophy, calculations, and outspoken opinions saved many lives. Greatest Generation story lovers, World War II hounds, and family members caring for aging parents think of Mister B as a national treasure. 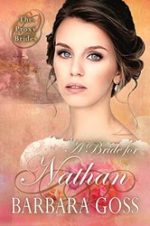 A Bride for Nathan
by Barbara Goss
KINDLE BARGAIN #ad

Can a marriage by proxy work when the couple has never met?

Nathan, a widower, critically injured in a Civil War battle, lies on his deathbed. His best friend, Ben, promises to care for his daughter.

Doomed to become a spinster, Ben’s sister, Allison, jumps at the chance to become a widow when Ben suggests she marry Nathan. She must act quickly because the doctor said he wouldn’t last out the week. A problem arises after the marriage – Nathan doesn’t die, and the couple realizes they need to end the marriage or try to live as a family to make the best of the situation for the child.

Can Nathan live with Allie’s problem, and can Allie cope with Nathan’s disability? Will the platonic arrangement become permanent or will the couple come to fall in love? 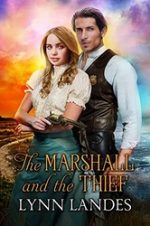 The Marshall and the Thief
by Lynn Landes
KINDLE BARGAIN #ad

He’s a Marshall, sworn to protect and uphold the law. She’s the daughter of a violent and dangerous thief. Paige longs for freedom and a life with no pain or fear. U.S. Marshall Nash Houston tempts her with a promising future, but first she has to agree to help him stop her father.

Will she steal his heart and run for freedom or choose to trust in the promises he whispers?

Paige has been plotting and saving. After each robbery she squirrels away a piece, preparing for a life of freedom. When Paige discovers that her father has promised her to the highest bidder, she knows it’s time to run. The train robbery was supposed to be a chance to escape from the constant pain, but when the guns are turned on a passenger, Paige steps in and changes the path of her life… 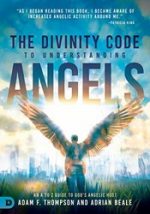 Are not all angels ministering spirits sent to serve those who will inherit salvation? Hebrews 1:14, NIV

The angelic realm exists to partner with believers in accomplishing God’s will on Earth. Angels serve alongside the children of God in the work of the Kingdom.

Thus, it is vital for every believer to recognize and partner with Heaven’s angelic host. Our understanding of their presence and purpose–as well as our ability to dispatch them in service of the Lord–will have a direct impact on our Kingdom effectiveness… 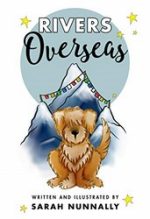 Take an incredible journey with the loveable and adorable puppy Rivers as he travels overseas with his adoptive dad. Rivers, through his own journey, experiences the world through God’s eyes and finds joy in God’s faithfulness as he encounters new people, places, and things.  A delightful story of adventure and learning to love something new. 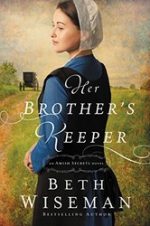 Charlotte Dolinsky is not above playing dress-up and telling a few lies to find out what happened to her only brother. In fact, that is exactly what she’s come to Lancaster County to do. Now, calling herself Mary and slipping on a kapp, Charlotte will lie her way into the confidence of anyone who knows why Ethan had to die. Unless she gets found out first.

But when Charlotte befriends a quiet Amish man named Isaac Miller, she begins to rethink her motives. And with a little help from a friend back home, Charlotte might find out that love comes packaged in ways she couldn’t have foreseen.

Check out:
(An Amish Secrets Series) 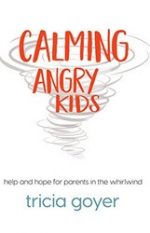 Slammed doors. Hurting hearts. Tricia Goyer knows what it’s like to parent children with chronic anger. In Calming Angry Kids, Goyer draws on her own experience to help readers:  understand what’s going on in a child’s brain; focus on relationship over rules; teach a child how to handle frustrations without outbursts; control how they express their own anger; establish a standard of respect in the home.

Including reflection questions and action steps at the end of each chapter, Calming Angry Kids shows weary parents that peace in their home is within reach. 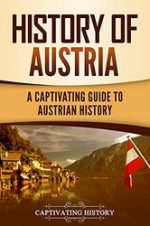 If you want to discover the captivating history of Austria, then keep reading…

When Austrian President Franz Jonas visited the Vatican in 1971, Pope Paul VI named Austria “the Island of the Blessed.” He did so to emphasize Austria’s steep recovery. Only twenty-five years had passed since the end of the Second World War, and Austria was already one of the most prosperous European countries.