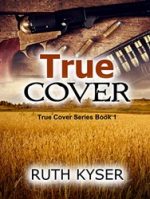 In a matter of 24 hours, Sarah Masters lost everything that was important to her – her job, her friends, her house. Now a madman is hunting her down to kill her, and the only ones stopping him are the FBI Agents who have pledged to protect her. But in the process of protecting her, these FBI Agents touch Sarah’s life in a way she never expected as they cause her to question her relationship with God and His plan for her future. 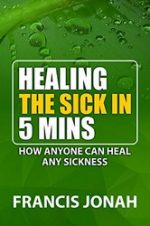 When I got healed from my ulcer of ten years after I prayed a simple prayer, I began to realize why my other prayers for healing didn’t work.

I taught others the four thought changes I made before praying and they began to heal others too. It shouldn’t take you so many days to start healing people or receiving healing.

People get healed by me every other day. through physical meetings, on the phone and sometimes by my handkerchief. With so many documented healing testimonies, I believe it is your time to walk in that realm too.

I share quickly how you can heal the sick in less than 5 minutes. These thought changes and way of prayer should not be secrets. 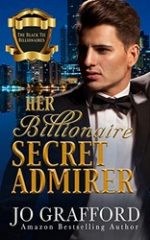 Alora Maddox has been named successor CEO to the mega think tank known as DRAW Corporation. As threats and dangers swirl around her, and one family member in particular guns for her job, she puts a few stop measure precautions in place, never dreaming how quickly tragedy will strike.

As Chief Operating Officer of Genesis & Sons, Rhys Calcagni has loved Alora from afar for years, but the bitter rivalry between their firms and the decades-old feud between their families has made the hope of any future between them impossible. When a hit-and-run accident leaves Alora fighting for her life, however, he fears he’s missed his opportunity to give his heart to the one woman worth holding it. 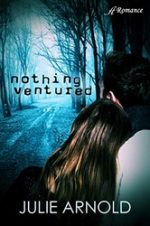 When Maizey Faye’s fiancé dumps her, leaving her with nothing but a lonely, little tree farm in Michigan’s Upper Peninsula, she sees it as the fresh start she so desperately needs. So what if she knows next to nothing about tree farming. It can’t be that hard, right? Wrong! She’s in over her head, and if she doesn’t figure it out soon, she’ll lose everything.

Maizey never imagined her salvation would come in the form of her handsome business rival, Jax Lawson. She’s not sure if she can trust him or if he’s just another traitorous man to add to her growing list. But when she starts receiving mysterious messages and dangerous threats, she has no choice but to accept Jax’s help. With her life on the line, she’ll learn real soon whether Jax is sincere about his affections or if it’s all been a lie to get his hands on her farm. 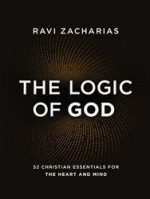 The Logic of God
by Ravi Zacharias
KINDLE BARGAIN #ad

We all have doubts that challenge our faith. We wonder whether the Bible still matters, or whether God is truly as loving and personal as we hope. In his first ever devotional, The Logic of God, apologist Ravi Zacharias offers 52 readings that explain how and why Christianity, the Bible, and God are still relevant, vital, and life-changing for us today. To all our dilemmas Ravi says, “I am convinced that Jesus Christ alone uniquely answers the deepest questions of our hearts and minds.” 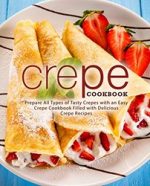 Discover Delicious Crepes. Get your copy of the best and most unique Crepe recipes from BookSumo Press! Come take a journey with us into the delights of easy cooking. The point of this cookbook and all our cookbooks is to exemplify the effortless nature of cooking simply.

In this book we focus on Crepes. Crepe Cookbook is a complete set of simple but very unique Crepe recipes. You will find that even though the recipes are simple, the tastes are quite amazing. 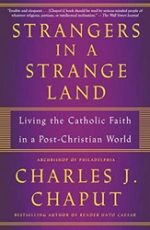 From Charles J. Chaput, author of Living the Catholic Faith and Render unto Caesar comes Strangers in a Strange Land, a fresh, urgent, and ultimately hopeful treatise on the state of Catholicism and Christianity in the United States. America today is different in kind, not just in degree, from the past. And this new reality is unlikely to be reversed. The reasons include, but aren’t limited to, economic changes that widen the gulf between rich and poor; problems in the content and execution of the education system; the decline of traditional religious belief among young people… 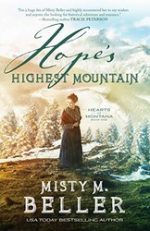 Ingrid Chastain readily agreed to accompany her father to deliver vaccines to a mining town in the Montana Territory. She never could have anticipated a terrible accident would leave her alone and badly injured in the wilderness. When rescue comes in the form of a mysterious mountain man who tends her injuries, she’s hesitant to put her trust in this quiet man who seems to have his own wounds.

Anne Lamott writes about faith, family, and community in essays that are both wise and irreverent. It’s an approach that has become her trademark. Now in Small Victories, Lamott offers a new message of hope that celebrates the triumph of light over the darkness in our lives. Our victories over hardship and pain may seem small, she writes, but they change us – our perceptions, our perspectives, and our lives. Lamott writes of forgiveness, restoration, and transformation, how we can turn toward love even in the most hopeless situations, how we find the joy in getting lost and our amazement in finally being found.