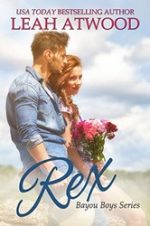 Brand New Release from Leah Atwood. Rex Fontenot moves home to the Louisiana bayous to be near his family again. The only problem is, he misses Monica Hughes, a woman he casually dated when their paths crossed. He offers Monica a relationship, but she runs away scared. Months later, when new information is revealed, she tracks him down.

As they are adapting to their newly established relationship, tragedy strikes, and they are forced from their newfound bubble of bliss. Together they grow as they discover what really matters in life, culminating in a decision that will prematurely change their lives forever. Is love enough when all else fails? 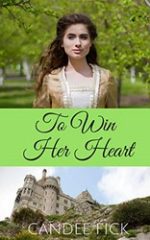 To Win Her Heart
by Candee Fick
KINDLE BARGAIN #ad

Brand New Release from Candee Fick. A deathbed promise puts one man at odds with the desire of his heart while one woman’s duty to family may cost her everything she’d ever dreamed of.

Despite Emma Richards’s fanciful dreams growing up in the shadow of King Arthur’s castle and the manor on the cliff, the orphan is now trapped inland serving her wealthy cousins with no hope for her own future.

Sir Grayson Wentworth spent his years at Cambridge dreaming of the Cornwall coast and wishing he could return to the happy days of his youth. Called home to his father’s deathbed, the young baron soon learns he has inherited a title, a neglected estate, and a betrothal agreement he knew nothing about.

Check out:
(Stepping into the Light) 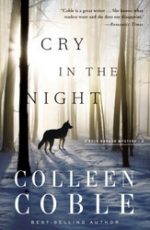 Cry in the Night
by Colleen Coble
KINDLE BARGAIN #ad

Bree and Samson discover a crying infant in the snowy Rock Harbor forest. But where are the baby’s parents? And how did she get there?

A mysterious sound leads search-and-rescue worker Bree Matthews and her dog Samson to an abandoned baby in the woods outside Rock Harbor, Michigan. Bree takes the baby girl in and begins to search for the mother—presumably the woman reported missing just days earlier. While teams scour the wintery forests, Bree ferrets out clues about the woman. Where is she and why did she leave the child behind? 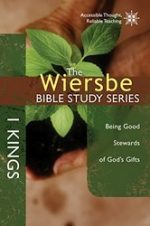 When King David died, he left behind a peaceful kingdom that was following God.

Most of the subsequent kings and prophets, however, failed to obey God, and so the nation suffered under exile and oppression.This book of 1 Kings reminds us that moral responsibility in leadership is needed today as much as it was needed in the age of Israel’s kings. This study will challenge you to take ownership of your habits and choices, with eternity in mind. 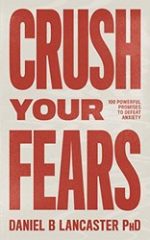 Do you struggle with anxiety? Does your mind race with worries you can’t stop? You are not alone, many people today are paralyzed by fear. The good news is God has given powerful promises in the Bible that crush fear. And less fears means less tears.

In his latest book, Dr. Lancaster has brought together 100 promises from God’s Word you can use in your fight against anxious and negative thoughts. Simply reading these promises will lift your spirits. Applying them to your life will give you more confidence and peace. 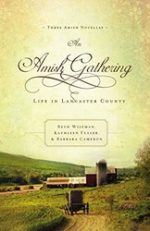 Three heartwarming tales of old friends and new beginnings that span one year in an Amish community. 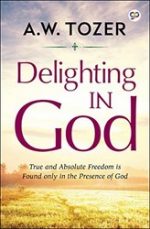 Many people believe in God and believe that God is everywhere, but they have yet to experience his presence. Delighting in God is the message Tozer intended to be the follow-up to ‘The Knowledge of the Holy’. He demonstrates how the attributes of God—those things God has revealed about himself—are a way to understand the Christian life of worship and service. We are here to serve and adore him, but we can only fulfill that role by acknowledging who he is, which is the essence of the Christian life and the source of all our fulfillment, joy, and comfort. 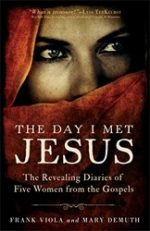 Two thousand years ago, Jesus Christ met face-to-face with people just like you. Broken, imperfect, sometimes fearful and without hope. The Day I Met Jesus is a beautifully crafted narrative that chronicles the remarkable encounters of five women in the Gospels who were desperate to find wholeness, security, and purpose. Like all of us, these women struggled with the regrets of their pasts, the stresses of their presents, and the worries of their tomorrows.