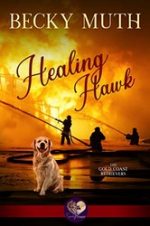 She almost died in a fire and it wasn’t accidental… Can her trusty canine sidekick and new love interest help to reveal the arsonist before he can strike another match?

Her entire life, everyone has just assumed that Nicole “Hawk” Hawkins was a pretty face without much substance. Now to prove them all wrong, she’s taken on the toughest job she could find—as a Redwood Cove firefighter. She’s not on the job long before a deadly fire nearly takes her life, scarring and disfiguring her once gorgeous features in the process. The worst part of it all? What happened wasn’t an accident. 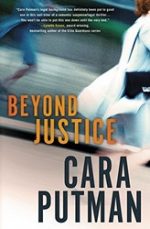 Hayden McCarthy knows firsthand the pain when justice is not served. It’s why she became an attorney and why she’s so driven in her career. When she’s assigned a wrongful death case against the government, she isn’t sure if it’s the lucky break she needs to secure a partnership – or an attempt to make sure she never gets there.

Further complicating matters is Andrew, her roommate’s distractingly attractive cousin. But Andrew’s father is a Congressman, and Hayden’s currently taking on the government. Could the timing be any worse? 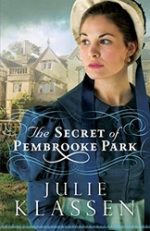 Abigail Foster is the practical daughter. She fears she will end up a spinster, especially as she has little dowry, and the one man she thought might marry her seems to have fallen for her younger, prettier sister.

Facing financial ruin, Abigail and her father search for more affordable lodgings, until a strange solicitor arrives with an astounding offer: the use of a distant manor house abandoned for eighteen years. The Fosters journey to imposing Pembrooke Park and are startled to find it entombed as it was abruptly left: tea cups encrusted with dry tea, moth-eaten clothes in wardrobes, a doll’s house left mid-play… 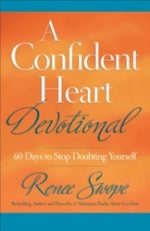 Built on the hope-infusing truths found in the 2012 Retailer’s Choice Winner, A Confident Heart, Renee Swope’s new 60-day devotional takes women on a journey toward lasting confidence. Swope has expanded her popular “When I say–God says” statements and Scriptures, and offers women a daily thought-map to help them exchange their most common and crippling self-doubts with God’s transforming truths.

Like having a conversation with a friend and mentor, Renee’s authentic style and soul-stirring devotions include personal stories, powerful biblical teaching, and real-life application wrapped around one of God’s promises each day to help readers… 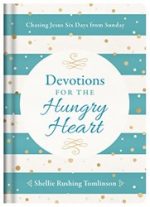 This simple little book of story-based devotions will change your world, one day at a time.

Shellie Rushing Tomlinson, the Belle of All Things Southern, is back with a devotional guide for the Jesus-hungry heart. Grounded in scripture and offered in the author’s signature storytelling style, this devotional invites you to God’s table for a continual feast. With six prominent themes including Sharing, Needing, Celebrating, Praying, Surrendering, and Being Intentional, you’ll be challenged and encouraged to develop God-honoring traits in your spiritual life. 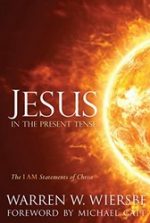 In Jesus in the Present Tense, Dr. Warren W. Wiersbe explores the “I AM” statements of God – from His burning bush conversation with Moses, to His powerful reassurances to the Israelites, to Jesus’s startling claim to be the Light of the World.

Many Christians find themselves mired in past regrets or future fears, but the name of God itself reminds readers that God wants them to live in the present. The more readers understand and apply God’s I AM statements from the Old and New Testaments, the more they will realize God’s peace and joy. 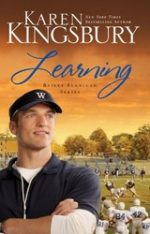 Bailey Flanigan is growing closer to her dream to be an actress and dancer in New York while Cody coaches a small high school football team … on and off the field. But neither feels complete without the chance to share their dreams with one other.

Can distance truly make the heart grow fonder? Or will Cody learn to turn to others to share in his happiness? And when tragedy strikes? Who will be there to provide comfort in the face of loss? 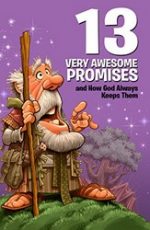 If you want kids to do God’s Word and not just hear it – you’re in exactly the right place.

Each session focuses on one key Bible truth – kids will discover it, think about it, talk about it, pray about it, and apply what they learn. You’ll drive that point home through Bible exploration, fun discussions, giggle-worthy games, and oh-wow activities that engage kids in multiple ways. 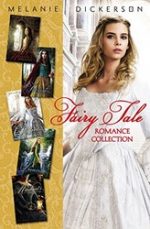 The Healer’s Apprentice,
The Merchant’s Daughter,
The Fairest Beauty,
The Captive Maiden,
The Princess Spy 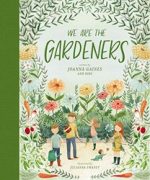 We Are the Gardeners
by Joanna Gaines, Julianna Swaney
KINDLE BARGAIN #ad

In We Are the Gardeners, Joanna and the kids chronicle the adventures of starting their own family garden. From their failed endeavors, obstacles to overcome (bunnies that eat everything!), and all the knowledge they’ve gained along the way, the Gaines family shares how they learned to grow a happy, successful garden. As it turns out, trying something new isn’t always easy, but the hardest work often yields the greatest reward. There are always new lessons to be learned in the garden!