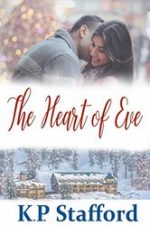 This is a short read. When Eve Krindle discovers her finance’ has been cheating on her for two years, she determines to return to her hometown for Christmas to let her dream of being a wife and mom go. She plans to start the new year off as a full-time career woman.

What she doesn’t expect is for her brother’s friend, Kyle, to show up and steal her heart. But, after a bad breakup, can she ever trust another man with her heart? 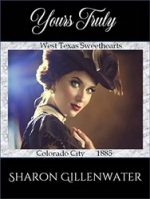 A hidden letter inspires her to leave New York City and search for the father she never knew…
But after writer and illustrator Charity Brown arrives in the bustling West Texas cattle town of Colorado City, she quickly discovers that keeping her search a secret from the deputy sheriff will be difficult. Not only is the man much too observant, their instant attraction plays havoc with her heart, making her long for love.

The minute Deputy Morgan Kaine spots Charity, he knows she’ll be trouble…
And not just because she practically causes a riot when she steps off the train. Assigned to protect her, he would fulfill the role even if it wasn’t his job. Charity stirs a yearning he didn’t expect, doesn’t want, and can’t put aside. But he suspects she’s there for more than writing an article about his town.

Like the winter, grief has a season. Life returns with the spring.

A young architect at a prestigious Chicago firm, Bethany Quinn has built the life she dreamed of during her teen years in a trailer park.  An unexpected interruption from her estranged mother reveals that tragedy has struck in her hometown and a reluctant Bethany is called back to rural Iowa.

Determined to pay her respects to her past while avoiding any emotional entanglements, she vows not to stay long. But the unexpected inheritance of five hundred acres of farmland and a startling turn of events in Chicago forces Bethany to come up with a new plan.

Check out:
(Wildflowers from Winter)

Forensic Faith will help readers:
*understand why they have a duty to defend the truth
*develop a training strategy to master the evidence for Christianity
*learn how to employ the techniques of a detective to discover new insights from God’s Word
*become better communicators by learning the skills of professional case makers 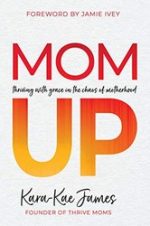 Every mom can identify with the feeling that they’re in a race to the finish line every day, stumbling over everything in their path—including Legos and dirty laundry! Kara-Kae James knows how overwhelming motherhood can be. As she writes, “When we come to the place where we think that we have failed—this is the moment when God’s Word and motherhood intersect.”

In Mom Up, James shares four themes that impact how she follows Jesus and parents her kids: intentional motherhood, genuine community, refreshing rest, and embracing chaos. 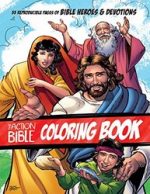 55 compelling drawings by acclaimed artist Sergio Cariello will captivate children as they create their own unique masterpieces of the real-life heroes of the Bible. Turn the page and discover a wealth of exciting information meant to introduce each Bible person to the child through an informative introduction including the hero’s experiences in God’s Word…

If you could tell the world anything, what would it be? The idea for this book stemmed from the author’s inspirational thesis titled “Words of Wisdom,” which comprised of interviews conducted with older adults. By asking them about their purpose in life, success, happiness, and any advice they wanted to share, we gain insight into moving and beautiful responses.

Now, the topic is taken to the next level by opening it up to the rest of the world. People of all different cultures, religions, and experiences deserve to have a voice through this book, which was inspired to encompass words of wisdom about living the good life from ordinary individuals from all walks of life. 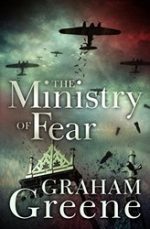 The Ministry of Fear
by Graham Greene
KINDLE BARGAIN #ad

In London during the Blitz, an amnesiac must outwit a twisted Nazi plot in this “master thriller” of espionage, murder, and deception (Time).

On a peaceful Sunday afternoon, Arthur Rowe comes upon a charity fete in the gardens of a Cambridgeshire vicarage where he wins a game of chance. If only this were an ordinary day. Britain is under threat by Germany, and the air raid sirens that bring the bazaar to a halt expose Rowe as no ordinary man. Recently released from a psychiatric prison for the mercy killing of his wife, he is burdened by guilt, and now, in possession of a seemingly innocuous prize, on the run from a nest of Nazi spies who want him dead. 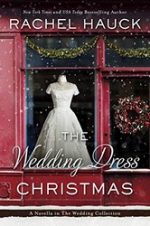 December comes to quaint Hearts Bend, Tennessee, with a blanket of white and the glitter of Christmas lights.

For JoJo Castle there is no place like home. Her onetime love of adventure ended when her life in the big city came crashing down. Now that she’s home, she never wants to leave again. Country music sensation Buck Mathews has charmed the world with his smile and his music. However, news of his mother’s illness brought him home to Hearts Bend for the holiday season.

If you want kids to do God’s Word and not just hear it—you’re in exactly the right place.

Each session focuses on one key Bible truth—kids will discover it, think about it, talk about it, pray about it, and apply what they learn. You’ll drive that point home through Bible exploration, fun discussions, giggle-worthy games, and oh-wow activities that engage kids in multiple ways.