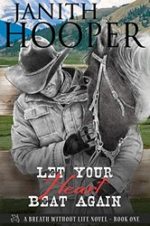 After four months on the job, twenty-four-year-old Rebecca Harper has become something of a jack-of-all-trades on the Cooper Bar-6 Ranch…except for her cooking. But the four strapping sons who run the ranch in their father’s absence need wise counsel more than unburnt bread, and Rebecca is perfect for the job. Whether dealing with the driven eldest, the belligerent youngest, or the personalities in between, she recognizes the source of each young man’s pain is a lifetime of a father’s indifference. As soon as the rogue returns, Rebecca aims to give “Mr. Cooper” a thick piece of her mind. 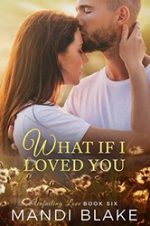 What if I Loved You
by Mandi Blake
KINDLE BARGAIN #ad

A homecoming story about forgiveness that’s sure to touch your heart.

Sara Williams wasn’t always Sara Williams. Twelve years ago, she was Liz Jennings—small-town nobody and best friend of Ian Hart. The only future she could imagine included him, but after one tragic night, she’s forced to flee her home and leave behind the best friend she secretly loves.

Ian Hart was sure of two things. He was in love with his best friend, and he’d do anything to protect her. As teenagers, they made a pact to run away together, but when she left town without him, Ian spiraled into a storm of anger. 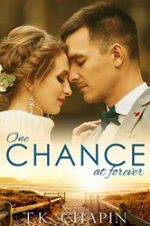 One Chance At Forever
by T.K. Chapin
KINDLE BARGAIN #ad

One Chance At Forever is a realistic Christian story filled with romance and deals with difficult subjects such as: grief over losing a spouse, unbelief, and a Christian learning to trust in God’s timing. Inspired by the Word of God and real-to-life people, this story shines a light into the darkness.

With a life marred by painful experiences, Abigail Walsh is just a good single mom trying her best. Though she has made her share of mistakes along the way, she trusts that God has a plan for her life and with the broken pieces of her heart. When she meets a man who stirs the depths of her soul, Abby hopes that he’s a gift from God, and not just another heartbreak waiting to happen.

For Wyatt Fuller, the last five years in Lincoln City has been a game of hiding from the heartache endured by losing the only woman he had ever loved…

Check out:
(One Faithful Prayer) 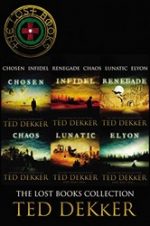 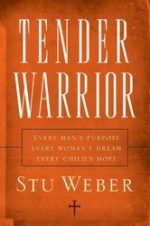 The definition of manhood itself is obscured by a culture in moral free fall. But this book cuts through the fog and defines a powerful blueprint for being the man – the Tender Warrior – that God desires for you and your family. Written in a warm, personal style, Weber presents the characteristics of tender warriors—including learning to speak the language of women, watching out for what lies ahead, and keeping commitments – in an upfront, straightforward style that challenges readers to realize God’s plan for men. 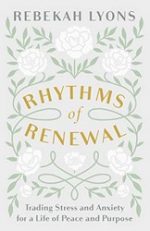 Daily struggles with anxiety and stress make it difficult to receive God’s peace. Rhythms of Renewal will help you trade your anxiety for the vibrant life you were meant to live through four profound rhythms: rest, restore, connect, and create. With encouraging stories and practical steps, Rebekah Lyons will help you begin an intentional, lifelong journey toward sustained emotional, relational, and spiritual health. Rhythms of Renewal is your guide to daily rescue and a way forward into the peace your soul longs for.

Make your child’s day bright and sunny with this book about grace and honey.

Written by brother and sister team, Antoinette Baier and youth minister, Mark Restaino, this sweet and rhyming children’s book features a family in need, a friendly gardener, and the life giving power of bees to tell a symbolic gospel story. The book touches on the topics of homelessness, immigration, the environment, and of course, the Christian faith. 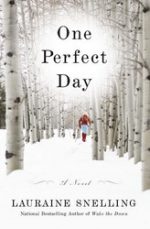 This is the story of two mothers, strangers to one another.

The first has two children–twins, a boy and girl, who are seniors in high school. She wants their last Christmas as a family living in the same home to be perfect, but her husband is delayed returning from a business trip abroad. And then there’s an accident–a fatal one involving a drunk driver.

Meanwhile, the other mother has a daughter who needs a new heart, and so the loss of one woman becomes the miracle the other has desperately prayed for. 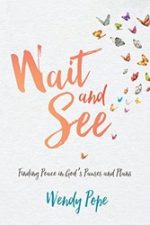 When waiting on God stretches for months or years, we might begin to doubt His promises. Did I hear You correctly, God? Do You see what I’m going through? Why does this have to be so hard?
In Wait and See, Wendy Pope draws on the life of King David to help us 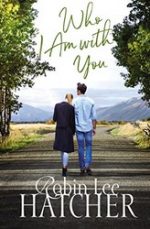 For these two broken hearts, the first step toward love will be a huge leap of faith. Jessica Mason isn’t looking for love when she meets Ridley Chesterfield. Instead she is still reeling from the tragic, unexpected loss of her husband and daughter—and awaiting the arrival of her unborn child. Harboring the secret of her husband’s betrayal, her pain is deeper than anyone knows.

Ridley Chesterfield is hiding out in Hope Springs, Idaho, avoiding a political scandal and the barrage of false media headlines that have tarnished his good name.